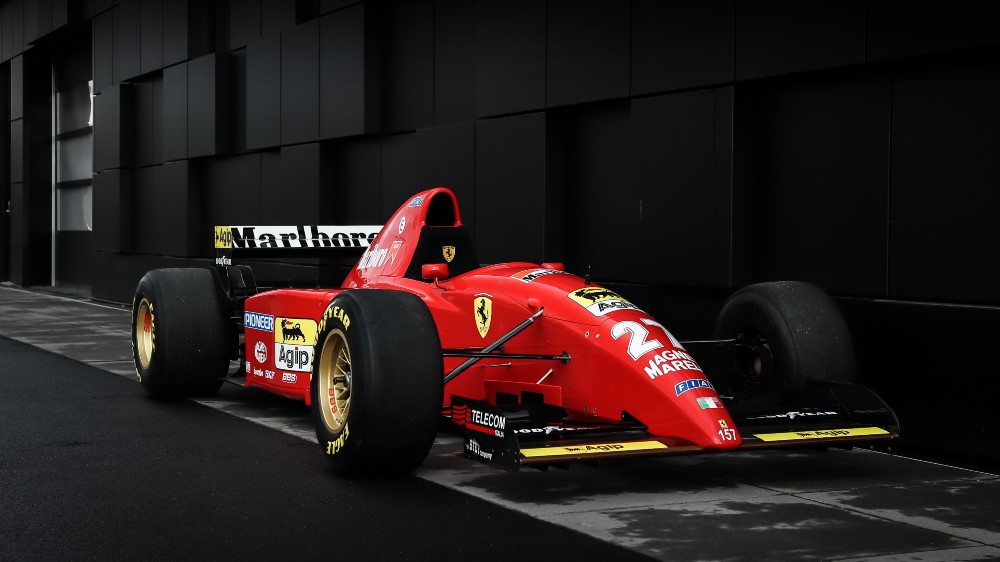 There are racing legends and then there is Michael Schumacher. Whether you’re talking about open-wheel, stock or rally cars, no one has dominated any style of racing as much as the retired F1 driver over the last 30 years. And now the car that helped kick off the defining era of the racer’s career could be yours.

London-based dealership Girardo & Co. is currently selling the first race car that Schumacher drove after joining Ferrari’s F1 team before the 1996 season, reports Road & Track. The car, a 1995 412 T2, chassis no. 157, was driven by the German on the Circuito di Fiorano test track in Italy and again days later at Estoril in Portugal.

Having won back-to-back championships with Benetton in 1994 and 1995, Schumacher was already a star by the time he arrived at Ferrari in late 1995. Prior to his arrival, the team hadn’t won a championship since 1978, but with Schumacher leading the way, it would transform into the greatest in the sport’s history. During his 11 years with the team, he won five straight championships between 2000 and 2004, a feat that would remain unmatched until last season when it was achieved by Lewis Hamilton.

While Schumacher only ever drove this 412 T2 during testing, it was actually driven during the 1995 season by Jean Alessi. The French racecar driver would drive the car at the Brazil, Argentine, San Marino and Canadian Grands Prixes. The car would finish first overall in Canada, making it the last V12-powered car to win an F1 race.

Shortly after Schumacher concluded testing, the 412 T2 would be sold to the first of its three owners, a German collector. According to official documentation, the car returned to Ferrari’s Maranello facility in 2018, where it was meticulously rebuilt and restored to track-ready condition.

Girardo & Co doesn’t list a price for the vehicle, so you’ll have to reach out to find out just how much the car will cost. But considering its role in F1 and Ferrari racing history, you expect it to be steep.