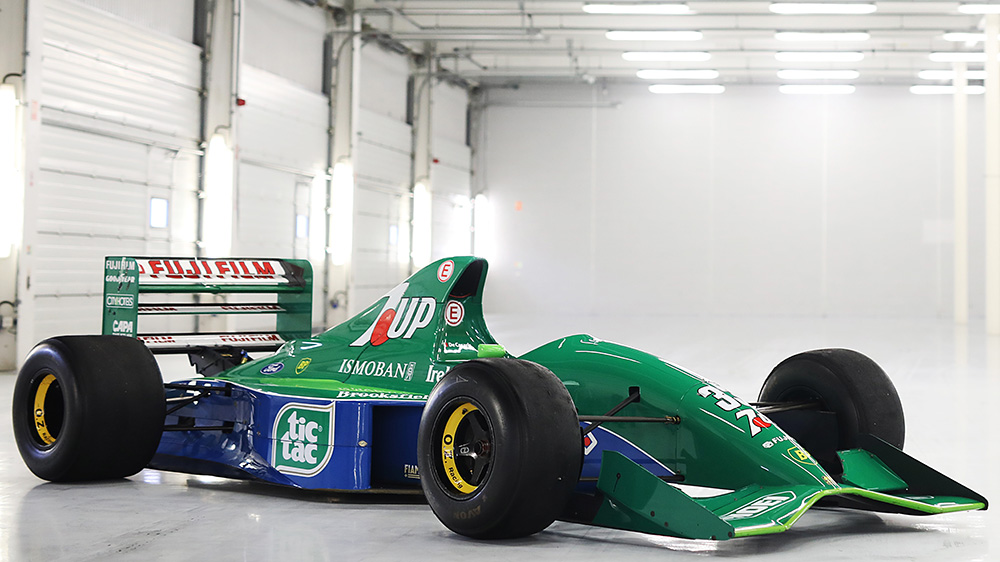 The car that kickstarted Michael Schumacher’s legendary racing career is up for grabs.

The Jordan 191 Ford Cosworth HB, which was  driven by the seven-time Formula 1 world champion at the 1991 Belgian Grand Prix, is being offered by Speedmaster Cars for a cool $1.76 million (£1.25 million).

The ’91 race was the German first. He started in seventh place and lasted two corners before having to retire due to clutch failure. Still, Schumacher showcased exceptional skill in his emerald green speed machine and set the course for F1 stardom. In fact, Flavio Briatore was so impressed he signed him for the Benetton team the following week.

The legendary 191, chassis no 6, represents one of just seven that were built and one of only two that were piloted by Schumacher. The racecar was also driven by Schumacher’s team-mate Andrea De Cesaris at the 1991 Hungarian Grand Prix where he finished in seventh place.

After the ‘91 season, the 650 hp beast was sold to a Belgian car collector. In 2005, it was snapped up by another auto enthusiast who occasionally raced the car in the Boss F1 Series and showed it at the Goodwood Festival of Speed a number of times. The racecar also appeared at the Masters Historic Race Weekend at Donington Park earlier this year.

Suffice it to say, Schumacher’s companion remains in tip-top condition. It has all its starting equipment, including the preheater, plus its original Ford HB engine. The incredible livery, which is dedicated to sponsors such as Tic-Tac, 7-Up, Fujifilm, BP and the country of Ireland, has stayed fully intact and stands out against the gleaming green shell.

According to Speedmaster, the F1 racer comes complete with a certificate of authenticity, a model car signed by Schumacher himself and the original steering wheel framed in a display case.

It’s worth noting that the track-only ride is rear-wheel-drive and offers zero driver assist. It also has a ferocious open-wheel design that’s not for the faint of heart. But, hey, no one’s buying this car to pick up the groceries.