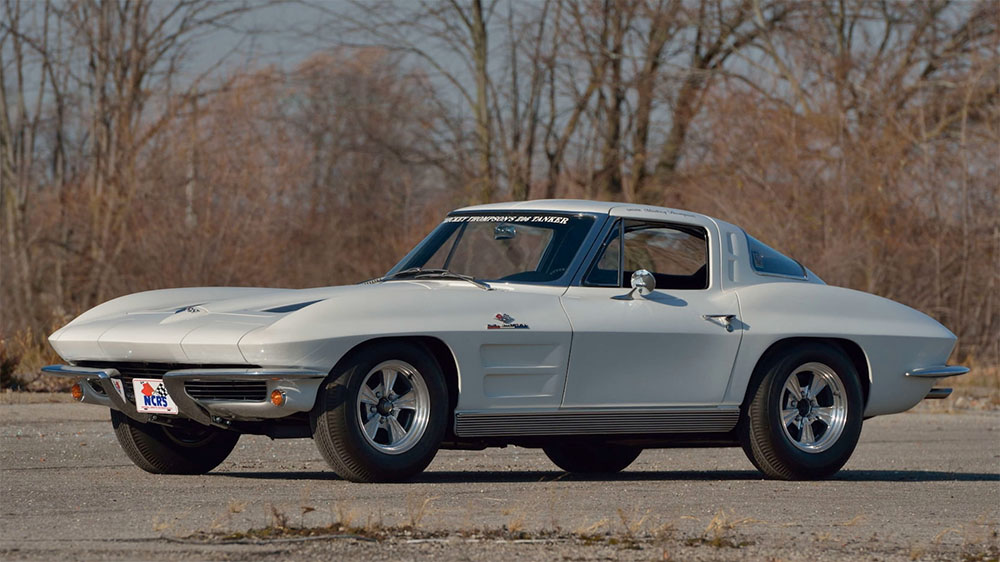 Mickey Thompson may be best known for his exploits on the race track, but he had room in his heart for cars of all shapes and sizes. And now the sports car he used to get from one track to the next—his daily driver—is heading to auction.

Later this week, the 1963 Chevrolet Corvette Z06 Tanker that the late racing legend drove on a daily basis is going up for bid at Mecum Auctions’s Kissimmee 2021 sales event. Beyond the pedigree of its renowned owner, the model is also one of just 199 C2 Stingrays built that year with the optional RPO-Z06 Performance Equipment Package.

Thompson, who was the first man to break the 400 mph land speed barrier, actually owned five Z06s. Four of these were modified for racing action, but this split window ‘Vette was left in stock condition so it could be used as his daily driver. Finished in Ermine White, and covered in decals that make clear just whose car this was, the vehicle looks just like any other 1963 Stingrays until you crack open the hood. There you’ll find the main reason Thompson paid nearly 50 percent more than the standard sticker price on the car: a fuel-injected L84 engine. Mated to a close ratio four-speed transmission, this mill was capable of making 360 horses.

Because the racer owned five Z06s and used them for all manner of headline-grabbing performance feats, there has been some debate over this model’s history, according to Autoblog. Many believed that the Ermine White Z06 had been driven at Daytona and the Bonneville time trials until an expired Chevron credit car was found tucked into the driver’s door. Following the card’s discovery, a team of expert thoroughly examined the car and all of its documentation before determining that it was Thompson’s personal vehicle. A 24-page report certifying this fact comes with the car.

Thompson’s Z06 Tanker is scheduled to hit the block this coming Friday. While concours-quality C2 ‘Vettes can sell for as much as $150,000, this particularly example is expected to sell for somewhere in the neighborhood of $400,000 and $500,000.