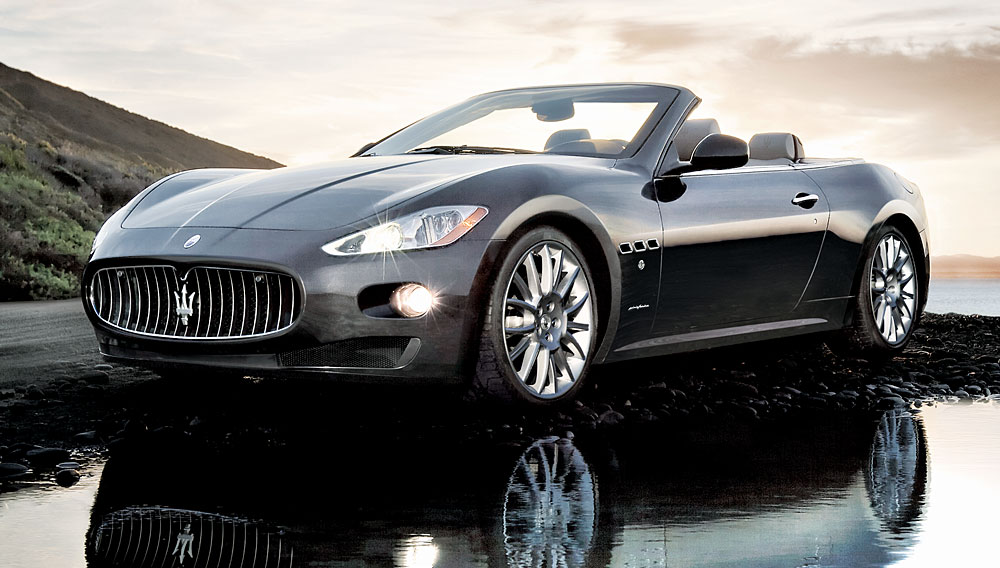 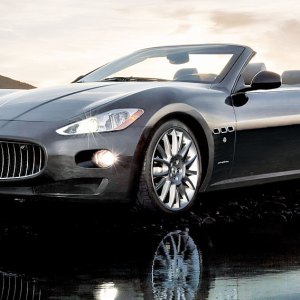 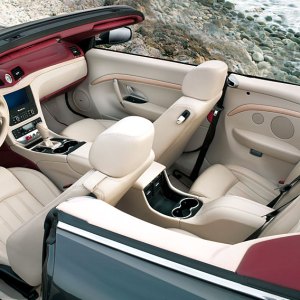 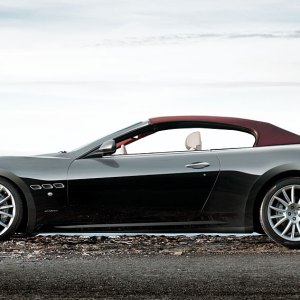 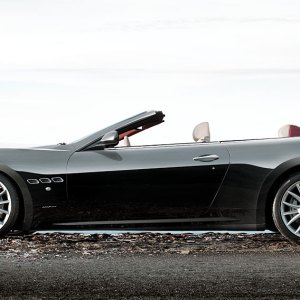 The company that the five Maserati brothers founded in Bologna, Italy, was characterized in its early decades by racing machines. The heady successes of Maserati vehicles in competitions from Indianapolis to the Targa Florio earned the marque a reputation and, later, informed the personality of its road cars. Although World War II brought a temporary halt to racing, Maserati resumed competition in the postwar years under the ownership of the Adolfo Orsi family, who had purchased the company in 1937 and relocated its operation to Modena three years later. But after Juan Manuel Fangio won the 1957 Formula One world championship, the company turned its efforts to series production cars that set new standards for grand touring in the finest European tradition. Students of la carrozzeria italiana may argue that Maserati defined gran turismo in 1947 with its first so-called grand-touring machine, an elegant, purposeful, and—for the time—powerful coupe wrapped in an aerodynamic body by Pininfarina. Capable of whisking a driver, a passenger, and their luggage across the Continent in intimate luxury, the 1947 A6 1500 established a new category that was further refined and defined by the Bentley Continental, Facel Vega, Ferrari Superamerica, and Maserati 3500GT.

During the 1960s and ’70s, Maserati brought a variety of beautiful and rare models to market: Frua’s graceful Mistral and novel Quattroporte; Michelotti’s understated Mexico; and Giugiaro’s iconic masterpiece, the Ghibli, as well as his rakish Khamsin and brutal Bora. In the 1980s this standard of excellence ebbed as the manufacturer introduced the unfortunate Biturbo and its challenged siblings. By the late ’90s, however, Maserati was back in fine fettle with a new Giugiaro-designed coupe that not only evoked the classic GT automobiles of the marque’s illustrious past, but also reintroduced, in 2002, the trident to the American market.

Half a decade later, Maserati upped its own ante with the launch of the GranTurismo, which was longer than its predecessor and based on the Quattroporte platform. And now the company has raised the stakes higher still by commissioning Pininfarina, its design partner on the Quattroporte, to transform this last mobile masterpiece into the new GranTurismo Convertible, which mirrors the distinctive coupe in every respect save its top.

Although a plethora of spyders inhabit the Maserati family tree, the GranTurismo Convertible is the Italian marque’s first four-seat soft-top—and perhaps the only sporting convertible with luxury grand-touring pretensions to offer real rear seats sized for adult occupants. Comfortably ensconced in the rear of the vehicle, a pair of 6-foot-tall supermodels can be stylishly squired to a distant fashion show and still strut down the runway on arrival.

Comfort aside, however, Pininfarina’s chief design priority was to preserve the coupe’s profile with the convertible top raised; for this reason, the designers chose to employ a soft top instead of a retractable metal one. The three-layer canvas canopy’s multiple bows and careful engineering enable it to disappear in a mere 24 seconds, revealing an interior as spacious as it is well-appointed. The trunk, alas, is not particularly roomy, much of its usable space having been sacrificed to convertible-top stowage. To maximize the cargo room that remains, Maserati offers specially fitted luggage as an option.

The convertible’s aggressive but harmonious shape represents 21st-century Pininfarina at its best. The grille recalls the Maserati racers of the 1950s—a minor miracle, given the safety-driven design sensibility that has transformed the once-svelte cars of many marques into oversize rolling baby shoes. The car’s aesthetic attributes and nearly ideal front-and-rear weight distribution—which translates into neutral handling and a sense of composure that even luxury-sedan drivers will embrace—make this Maserati a case study in perfect balance.

Inside, the driver accommodations and amenities are luxe yet practical. An integrated information-and-entertainment suite manages navigation functions, Bluetooth capability, satellite radio, and a standard-equipment Bose 12-speaker surround-sound system that is pleasing to the ears and refreshingly easy to use. The seats provide excellent support, and the interior surfaces are covered in wood or carbon-fiber trim and Poltrona Frau leather, which is available in 10 colors and can be customized with piping, stitching, and other treatments that allow buyers of the convertible to express their personalities. Six different colors of canvas top further enhance the available palette.

Still, the purest pleasure to be derived from this newest Maserati comes from spirited driving—an indulgence amply enabled by the car’s Ferrari-engineered V-8. The version of this engine that powers the GranTurismo Convertible has been enlarged from its original 4.2-liter capacity to 4.7 liters, and is situated well behind the front wheels to optimize weight distribution. The V-8 delivers a respectable 427 hp at maximum revs (7,600 rpm), and pulling to redline is all the fun, thanks to 361 ft lbs of torque that peaks at 4,750 rpm along the way. Throttle play in this car is addictive, and the ZF 6-speed adaptive automatic transmission seems nearly as quick as Maserati’s F1 gearbox, which is not available in the Convertible. The transmission can be shifted from the console or using the paddles; and when kicking back—instead of kicking down—is the order of the day, the car can simply be left in automatic mode. However one chooses to drive, one can stop with confidence, courtesy of Brembo brakes and wide rubber tires mounted to 19- or optional 20-inch rims.

Because this convertible is first and foremost a driver’s car, Maserati engineers made certain that it gives up nothing to its coupe counterpart in terms of torsional rigidity and safety. Additional bracing and structural enhancements to box sections, A-pillars, and numerous other internal and external attachment points are complemented by a giant aluminum tray that spans the length of the underside. As a result, flex and cowl shake are simply not issues—nor are wind noise and buffeting at legal speeds, ensuring that a good-hair day remains such when driving with the top down.

Once we turned the key of the GranTurismo Convertible, we discovered a magic little button labeled “Sport.” This setting makes several adjustments to performance, all of them exhilarating. In addition to altering shift points for quicker gear changes and acceleration, Sport mode sets the proprietary Skyhook suspension—an electromagnetic adaptive system—to a stiffer, less compliant level that provides greater feedback and tighter handling. At speed and in curves, this car feels smaller and lighter than its nearly 116-inch wheelbase and 4,365 pounds would lead us to expect. Sport mode also scorched a soundtrack into our aural memories like no other production car has done, thanks in large part to a valve that opens in each rear silencer, allowing exhaust gases to bypass the muffler canister and exit in an essentially straight-pipe fashion. This Maserati’s mellifluous exhaust note simply must be heard to be believed. Backfires on downshift are gratifying, while ripping up the rev band and shifting at 7,000 unleashes a sound worthy of Satan’s pipe organ. The system is tuned to perfection: Even Ferraris equipped with aftermarket Tubi Style exhausts sound anemic by comparison.

This GranTurismo Convertible offers stellar performance, inimitable style, and ample accommodation for four in a package that bears the unique Maserati signature. With a fit and finish on a par with the world’s top marques and a price of less than $140,000, this car could even be considered something of a bargain in the context of other luxury-sport convertibles. Its looks, speed, and sound have us hooked.