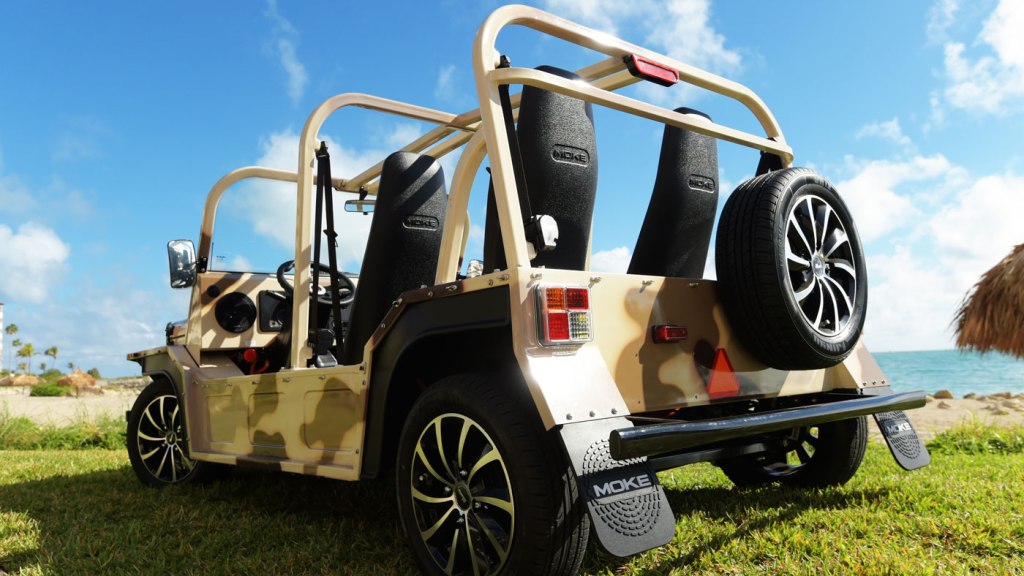 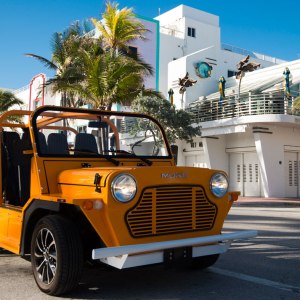 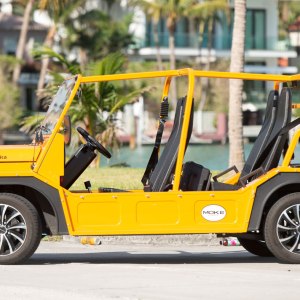 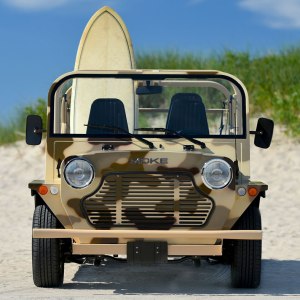 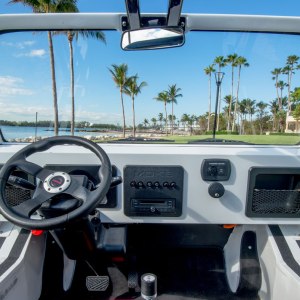 The idea that history repeats itself usually has negative connotations, but not when it comes to the automotive arena. Case in point is the contemporary version of the classic Moke, first built in the early 1960s by the British Motor Corporation. Initially conceived as a military transport, the quirky car never served in the armed forces but rather found an army of A-list devotees, including Brigitte Bardot and Frank Sinatra, who used the low-speed vehicle to complement their lavish and laid-back lifestyle.

Flash-forward more than five decades and the long-retired ride has been reborn, due to Todd Rome—the transportation titan who founded Blue Star jets—and his company Moke America. We spoke with Rome about his new Moke and why it’s perfect for the latest generation of both the jet set and general public.

What was your path to forming Moke America?

I invented a company 20 years ago to make flying private more affordable, and it was a huge success. Although I eventually sold the company to a competitor, I’m still involved to this day. So transportation was my background and I’ve been a car lover my entire life. I’ve had really wild and unique cars over the years, such as a 1931 Pontiac, an Alvis convertible, and [Rolls-Royce] Silver Shadows—I’ve always had a love for cars.

What is it about the original Moke that inspires you?

It was a car that always got me going. I have a second home on Fisher Island, Fla., where I go back and forth quite often, and I’m drawn to the island lifestyle. When I first started going to the Caribbean as a kid, I saw the Moke, and was enamored by its originality. But when I was older and actually got in the Moke, I could barely get my 6’1”-frame in the car, and the windshield was too low for me. I said, “If someone could make this car a little bit bigger, it would be much better.” Plus, the originals had a million issues—they smelt like gas, the mirrors used to rattle, and I felt they were too low to the ground. In addition, in the Caribbean, they had severe rust problems—your foot could go right through the floorboard. And in the United States, the car was like the forbidden fruit, as it didn’t meet American safety standards.

How did Moke America Begin?

I love building businesses from scratch and thought I could do something about the Moke. I traveled the globe and learned the entire industry—what was out there, what was right, and what didn’t work. In the end, we built a factory overseas to produce the first Moke electric car, a low-speed vehicle that was legal on the American streets—that was three years ago.

The low-speed looker garners plenty of attention in public.  Photo by Romain Maurice for Moke America.

What made you decide on an electric power train?

About that time, I went to the auto show in Paris and noticed that all of the major car companies in Europe were all going electric. Based on the novelty of the Moke as a beach car that doesn’t really need to go very far, I thought electric could work.  We also went out and sourced the best batteries able to be found. They’re from US Battery (made in the States) and are maintenance-free. They also come with a full warranty. Our vehicles can be plugged in to any 110-volt outlet, and a full charge yields a range of almost 40 miles.

What other modifications were made?

We sent teams around the world to redesign, reengineer, and construct Moke America’s first product. True to the original, it looks and feels like a Moke, it is a Moke, but we made it a little bit longer and wider. Now, someone who’s 6’5” can sit in it comfortably. We also added trunk space in the back and took the rims from 13 inches to 14 inches so it comes off the ground more, without changing the overall appearance and handling.

Moke America’s version of the fashionable four-wheeler is longer and wider than the original.  Photo by Romain Maurice for Moke America.

How difficult was it to meet U.S. safety standards?

We wanted to make it sturdier for the United States. First of all, we need to use all Department of Transportation–approved parts to be street legal in every state. We use American glass and install three-point seatbelts. Our Moke has to come in as a low-speed vehicle which, by law, means the car cannot have a max speed of more than 25 mph. It’s truly meant to be used as a neighborhood electric vehicle. And at 2,300 pounds, ours are the only full-size Mokes ever built. The goal is to provide the best Moke ever made, which is a funny statement because it’s a simple item. We call it “simple luxury.”

What part does customization play in the purchase of a Moke America vehicle?

Our intent has always been for customers to be able to customize their Mokes. We have nine colors, and you can pick any combination of them that you like, including those for the roll bars, the bumpers, and the roof. We also rust-proof the undercarriage, the floorboards, and apply five layers of paint to the shell.

A taller windshield is just one of Moke America’s contemporary touches.  Photo by Romain Maurice for Moke America.

Where do you see the most demand for your Moke?

We are starting to see our Mokes pop up everywhere, from the Bahamas to the Hamptons to Malibu. California is the mecca for this kind of product, especially in gated, beachfront communities where the lifestyle and weather is conducive to low-speed vehicles.

What is the production time and price?

Every car, which comes at a starting price of $16,975, is made to order and hand built. Give us 90 days and we’ll have it at your front door.