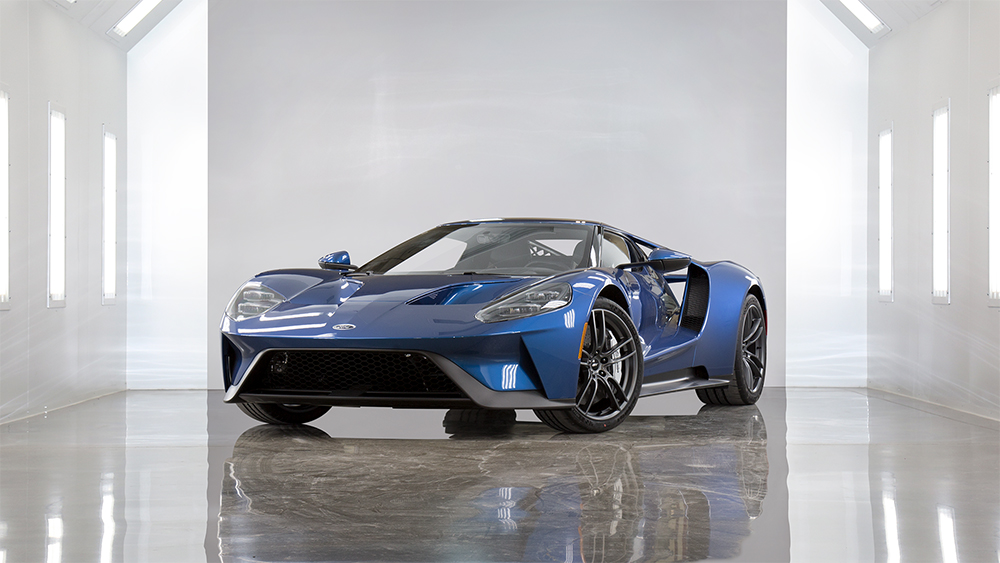 Can a car be art? The curators of two new exhibitions on the topic, at the Museum of Modern Art in New York and the Detroit Institute of Arts, don’t make that claim. But cars were arguably the most iconic objects of the 20th century, and their designs can certainly be brilliant. The best go far beyond a pretty shape, or an intelligent packaging of mechanical components, to reflect and even represent the culture around them. Think of the tail fin and how it became easy visual shorthand for ’50s America.

So cars are certainly appropriate subject matter for major exhibitions, and it’s a pleasing coincidence for enthusiasts that two are slated to open this year. Detroit Style: Car Design in the Motor City, 1950–2020, now scheduled for November at the DIA, is, perhaps surprisingly for the city’s biggest museum, the first to address the automobile there in 35 years, with the exception of a 1996 photography show. It assembles a dozen concept and production cars designed in Detroit between 1950 and the present day, along with original, often exuberant sketches by Motor City designers and what curator Ben Colman describes as “a small and judicious selection” of paintings, sculpture and other objects that illustrate how deeply Detroit design is embedded in American popular culture.

“Choosing just a dozen cars from that entire period was enormously challenging,” he says. “The goal was never to tell an encyclopedic history of Detroit, but to pick a few of its key moments and most influential cars.” 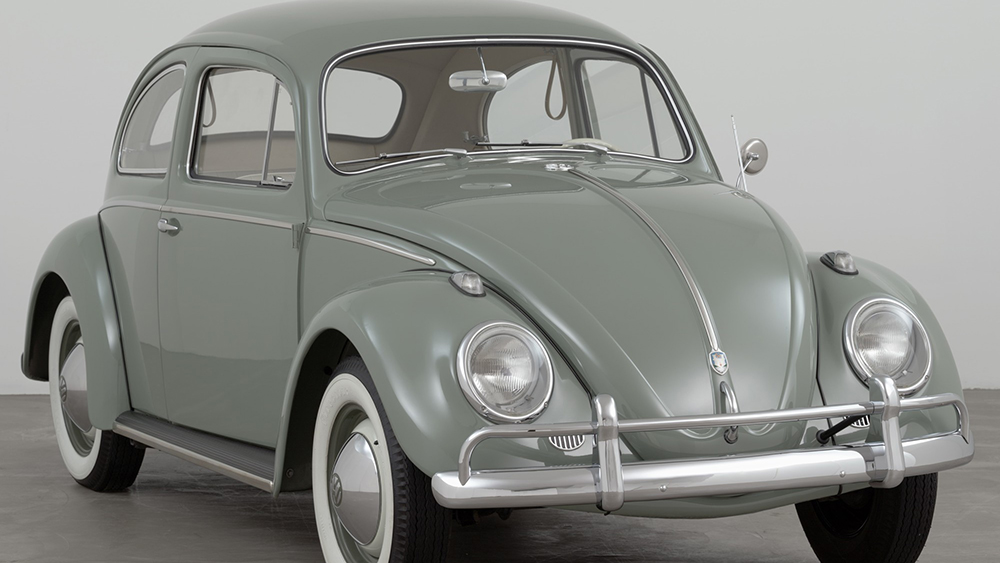 A 1959 version of Ferdinand Porsche’s Volkswagen Type 1 Sedan, designed in 1938, which will be shown at MoMA.  Paige Knight/MoMA

“We talked to as many car designers as possible to gauge that influence,” Colman adds. “It’s not the fastest or the biggest seller that we’re interested in here. It’s what designers see when they close their eyes or when they dream at night.”

To give the exhibition some visual coherence, Colman and his team decided to focus solely on coupes and sedans, and not the pickups and SUVs Detroit also makes and whose rise in popularity in recent years has had a greater social and environmental impact. 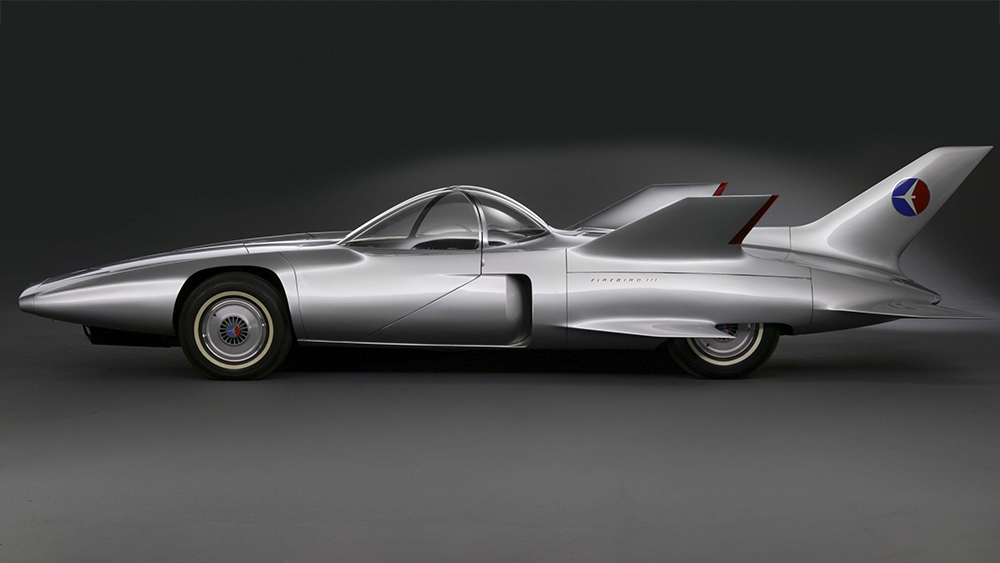 But his tight edit still tells a compelling tale. General Motors’ Firebird III concept from 1958 represents peak tail fin. The car has seven of them and, with its bubble canopy and fuselage, looks more aircraft than auto. The Firebird III’s exuberance reflects the optimism of the time and, more obviously, the contemporaneous obsession with aviation and the space race.

Ford’s Probe IV concept car from 1983 is the opposite: a pebble-smooth design (even the wheels are shielded behind a plate of metal) inspired by the need to improve aerodynamic efficiency and cut fuel use after the oil shocks of the 1970s. A modern Ford GT reflects Detroit’s ability to make a world-class, Le Mans-winning supercar, but its elegantly attenuated rear emphasizes that there’s a compact V-6 engine back there, not the V-8 with which Detroit was once obsessed. 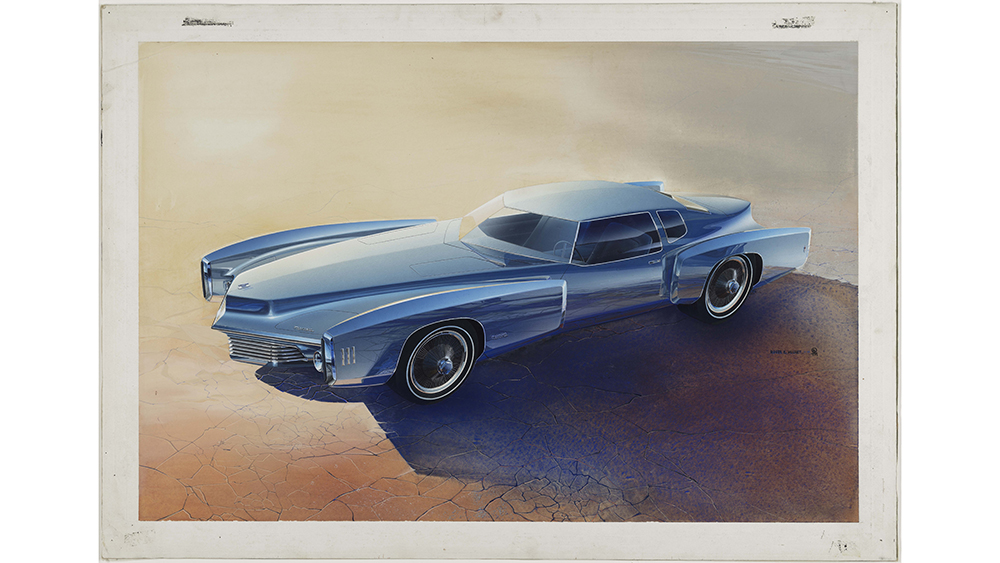 The cars are a lesson in history as well as design. “You can see and feel the energy of those times in these cars,” says Brandon Faurote, who is head of Precision Design Studio and partner programs at FCA North America and worked closely with the team that advised the DIA on its selection. “Popular culture influenced the car, and the car itself was part of that culture and influenced it greatly. It was reciprocal.”

“It’s a love letter to the industry,” says Colman, “and a recognition of car design as an art form, if not art in its purest sense. And it’s phenomenal that so much of it happened within a few blocks of the museum.” 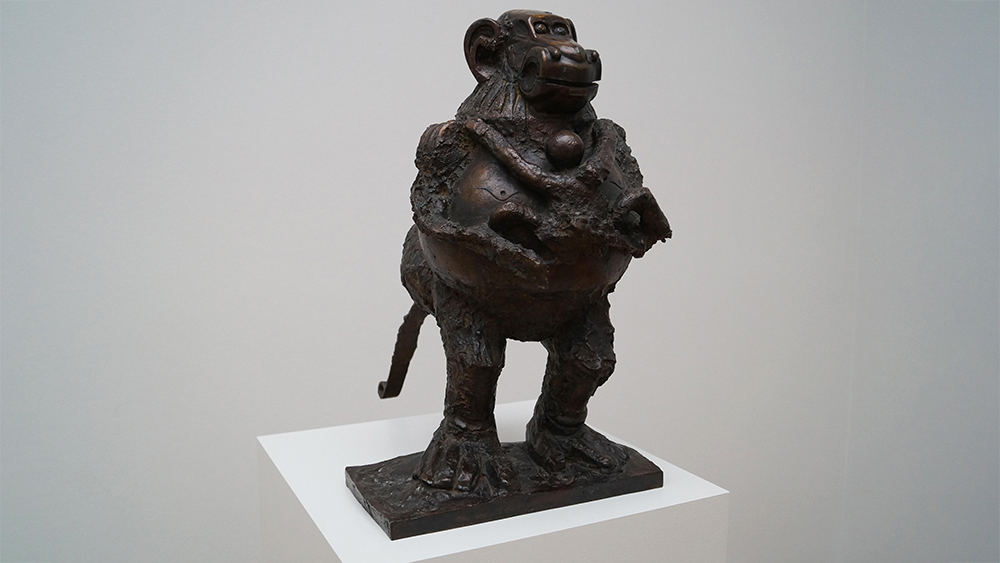 MoMA’s Automania exhibition, still scheduled to open in June, casts its net wider, both in its choice of the cars and art it shows and in its willingness to tackle the darker side of our obsession with the automobile. One of the first things visitors will see is Picasso’s 1951 sculpture Baboon and Young, into whose skull the artist set his son’s model cars: a clear visual metaphor for how firmly embedded the real things are in our collective consciousness.

There follows an incredibly diverse selection of car-related art and artifacts, from simple pistons to Warhol’s Orange Car Crash Fourteen Times from 1963, based on a disturbing newspaper image of a fatal accident, as well as photography by Margaret Bourke-White, cabin fabrics by Anni Albers, sketches by Frank Lloyd Wright, poster art and even road signage along the way. 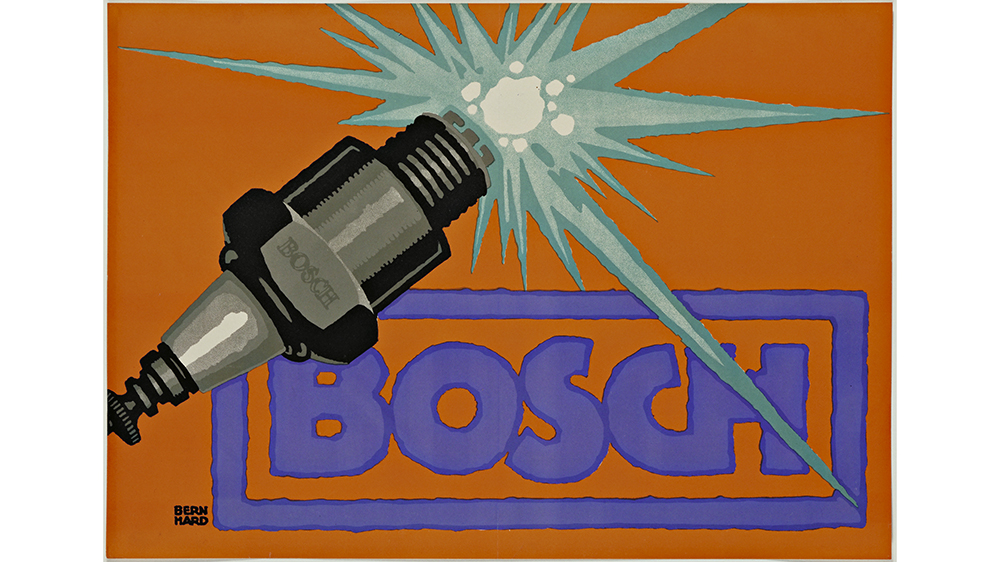 And there are cars, too: seven in total, including a Volkswagen Beetle and a Ferrari Formula 1 car, with five displayed in the museum’s sculpture garden, which is more accustomed to hosting works by such luminaries as Alexander Calder and Isa Genzken.

They’ve been drawn from the nine cars in MoMA’s permanent collection, with a 1965 Porsche 911 and 1973 Citroën DS making their first exhibition appearances.

“People are sometimes surprised that we have cars in our collection,” says curator Juliet Kinchin, who organized the exhibition. “But it’s always been part of MoMA’s mission to address the fullest range of artistic practices. We had our first exhibition of cars in 1951”—curated by architect Philip Johnson, no less—“when they were presented as ‘hollow, rolling sculpture.’ And in 1934 we had an exhibition called Machine Art, which featured car components like hubcaps and headlamps. So we’re just continuing in that tradition.” 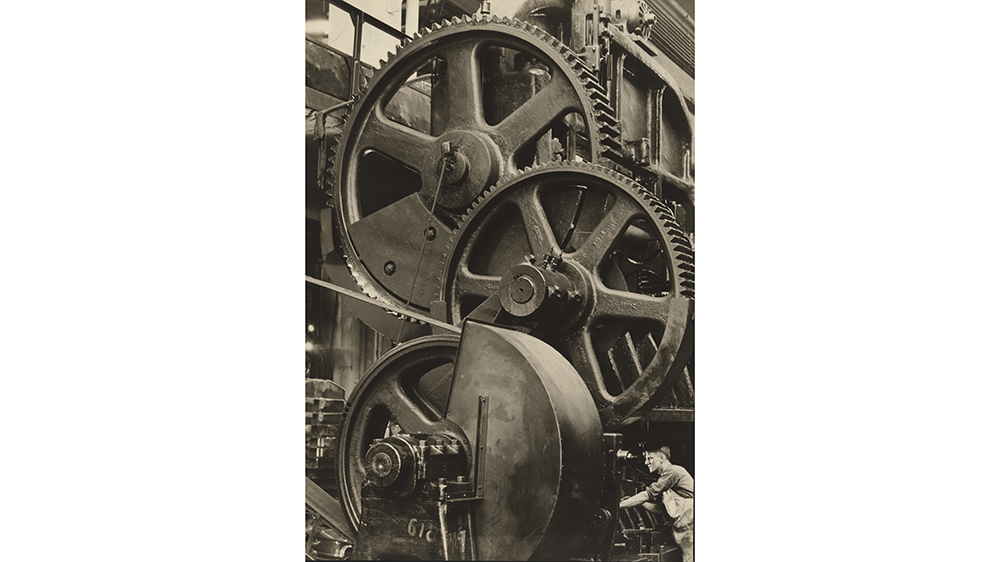 Drawing exclusively from MoMA’s permanent collection meant Kinchin’s vehicles were, in her words, “pre-selected.” But what a selection. Those seven include some of the world’s greatest car designs, and not just Detroit’s. She is particularly pleased to include the Citroën DS. It was known as the Goddess (or Déesse) in France, where the philosopher Roland Barthes referred to the 1957 version in an essay as “humanized art” and a “superlative object” that had “fallen from the sky.” In addition to its extraordinary looks, Citroën introduced a series of technical advances over the years, such as the first mass-produced headlamps that follow the curves of the road and a suspension so poised that the car can be driven with one wheel removed.

“That’s a real designer’s car,” Kinchin says. “It’s amazing how many designers I’ve spoken to—working in fields other than car design—who cite that as their ultimate.” 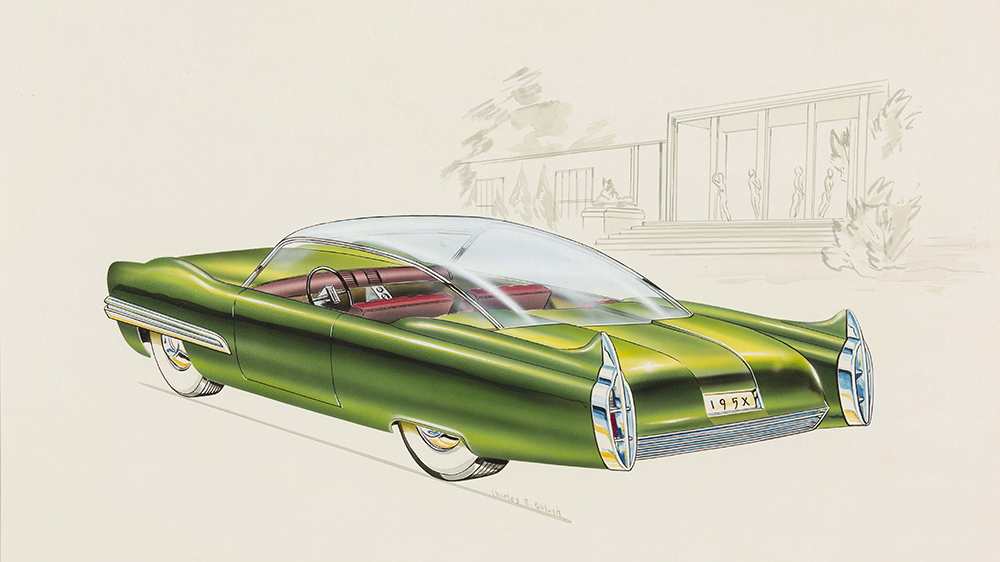 And Kinchin hasn’t shied away from the social and environmental impact of the car. Photography and other media examine the pollution, congestion and road deaths caused by the car, and the exhibition includes—and takes its name from—the 1964 Oscar-nominated dystopian short animation by Halas & Batchelor.

“We look at the fetishistic appeal of the car as an object of desire and of identity, but also the darker side of that phenomenon,” she explains. 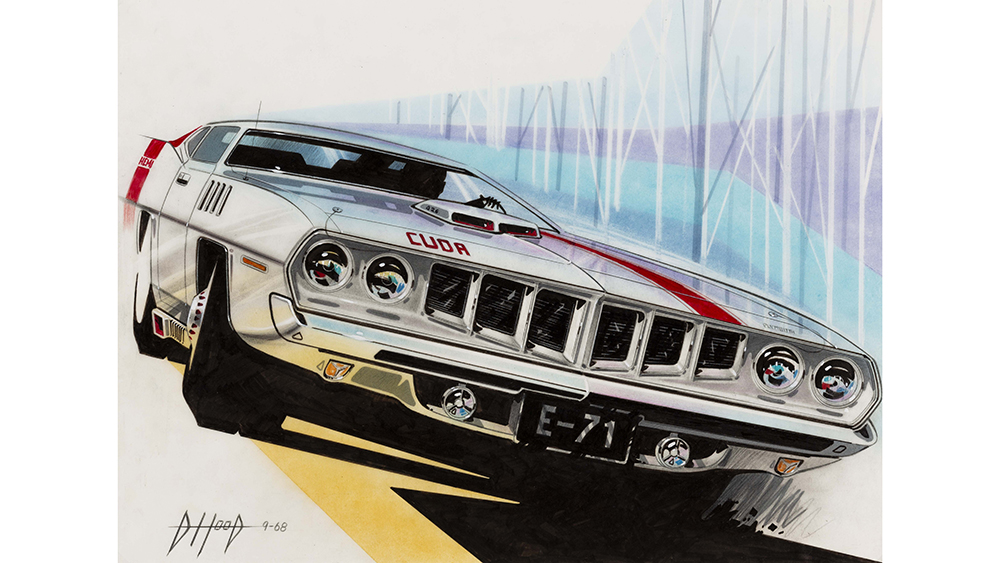 But are these two exhibitions a eulogy to car design, rather than a celebration? Some modern designers resent the restrictions imposed on them by legislators, whose demands on crash safety, visibility and emissions (and, as a result, aerodynamic efficiency) define the shape of our cars as much as creativity does. And in an era of “mobility as a service,” in which we summon (possibly self-driving) cars rather than owning them, will they continue to have the same appeal as they did in 1950s America, when they wrapped up speed, power, optimism, glamour, money, sex, adulthood and freedom into one burbling, candy-colored, 18-foot tail-finned package? 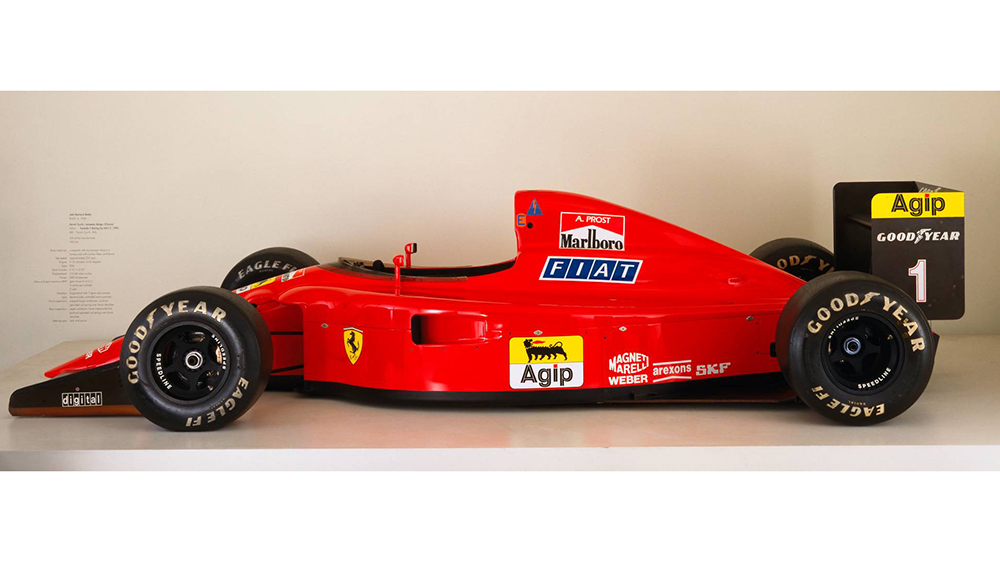 “Even if our relationship with the car changes, if we have a subscription to a car service or we’re ride-hailing, people won’t change,” says Faurote. “We’ll still want something attractive and that works well. And actually, the shift to autonomous driving with the flexibility to design cabins differently, and the packaging freedom that electric cars give us, with their smaller electric motors and batteries that sit under the floor, maybe offer us more opportunities than restrictions.

“I think our work as car designers is still important,” he adds, “and our jobs are still secure.”