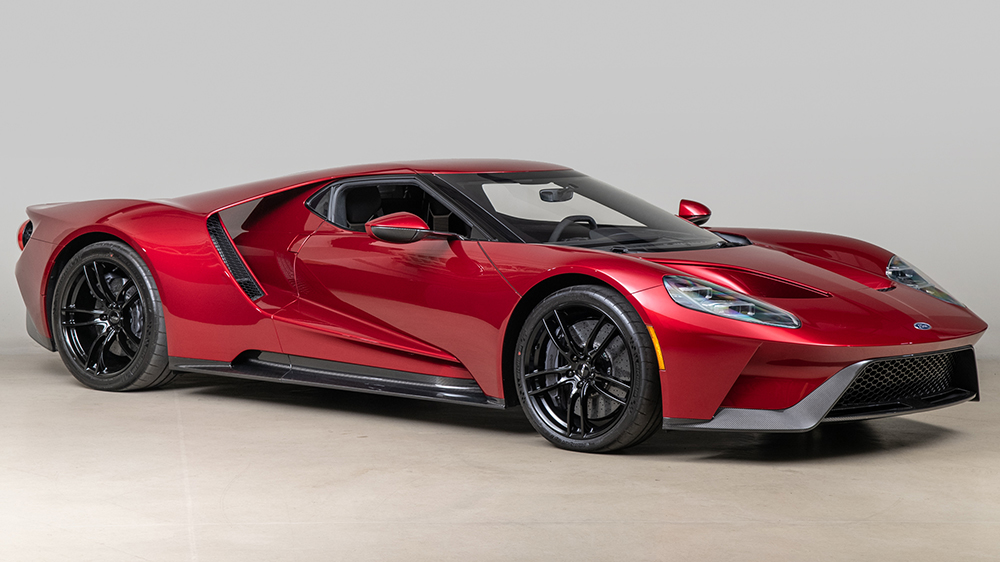 Ford’s Moray Callum is clearly not the sentimental type. While some people prefer to hold onto mementos of their achievements, the automaker’s vice president of design is looking to off load his own baby: the Ford GT.

The executive who the design team for the reborn supercar has just posted his red 2017 model for sale through California-based Canepa. And if the supercar’s historic significance isn’t enough for you, the “as-new” GT has just 204 miles on the odometer.

First announced at the North American Auto Show back in 2015, the second-generation GT was directly inspired by the GT40 Mark II that won at the 1966 24 Hours of Le Mans. While the first version of the supercar, which was sold from 2005 to 2006, looked almost identical to the car driven by Christian Bale’s Ken Miles in Ford v. Ferrari, its successor sports a distinctly more modern and angular look. Despite its more dramatic lines and profile, the car was just as successful on the track, finishing first at the 24 Hours of Le Mans in 2016. Ford stopped racing the car in 2019, but it continues to produce street-legal versions of the GT to this day.

Moray’s model features no design modifications, according to Autoblog. Finished in dazzling Liquid Red Metallic, it doesn’t even have the twin racing stripes or racing-inspired livery we’ve seen on so many other examples of the speedster. Under the hood, you’ll find that the car’s athletic twin-turbocharged, 3.5-liter EcoBoost V6 has also been left untouched. Mated to a specially designed, seven-speed dual-clutch transmission, the engine churns out an impressive 657 hp and 550 ft lbs of twist.

Canepa hasn’t listed a price for Callum’s GT so you’ll have to contact the dealership for more info. Because of its provenance and its rarity—new owners can’t sell the car for two years upon purchase—we’d expect the road-ready racer to command a figure north of $1 million.