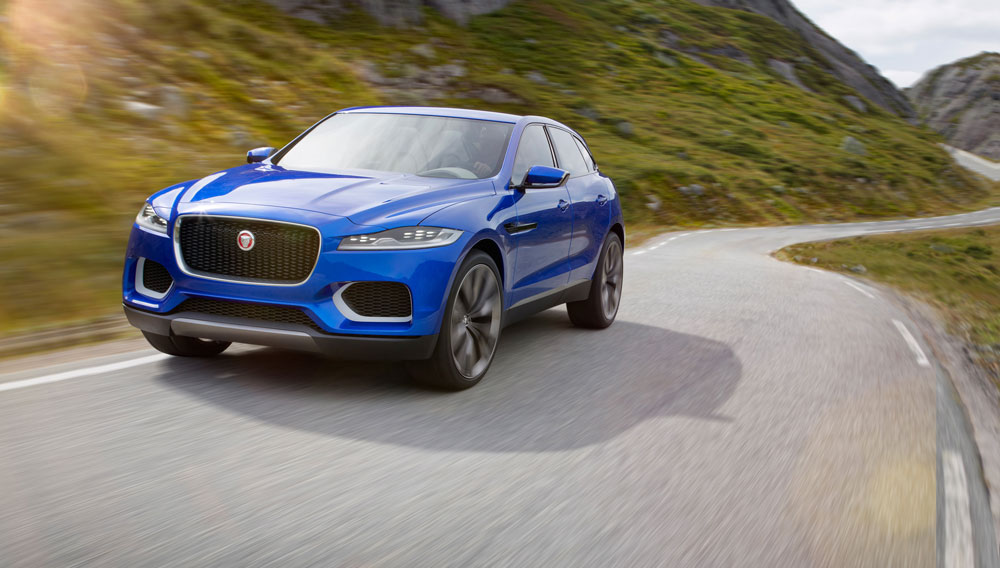 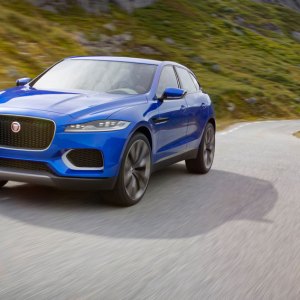 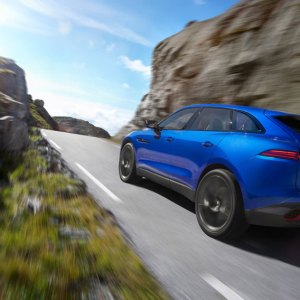 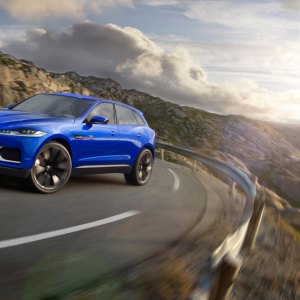 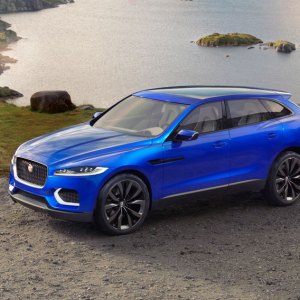 On the eve of the 2015 North American International Auto Show in Detroit, Ian Callum—the legendary car designer and Jaguar’s design director—announced the name of Jaguar’s first production crossover SUV: the Jaguar F-Pace. Only the name was disclosed; the vehicle itself was not displayed, and only one teaser image was made available (the images shown here are of the precursor to the F-Pace, the Jaguar C-X17 concept).

At the event, Callum spoke about the challenges of designing the premium all-wheel-drive C-X17. “To do a crossover is a double challenge because you’re going up in height, and that just goes against my very nature,” he said; “everything for me has to be as low as possible. It still has to be voluptuous; it still has to have curves in the car and form. It has to sit in a very dramatic way.”

The F-Pace name is inspired by Jaguar’s F-Type sports cars and its 1960s slogan “Grace, pace, and space.” The vehicle combines the practicality of a five-seat crossover with an aluminum architecture and an advanced suspension system. It is not without its rivals in the luxury crossover market: It will be competing directly against the Audi Q5, BMW X6, and Porsche Macan, among others. Jaguar has confirmed that the F-Pace will go on sale in 2016. It is already undergoing testing at Jaguar Land Rover’s global test facilities. The first images are expected in the fall. (jaguarusa.com)