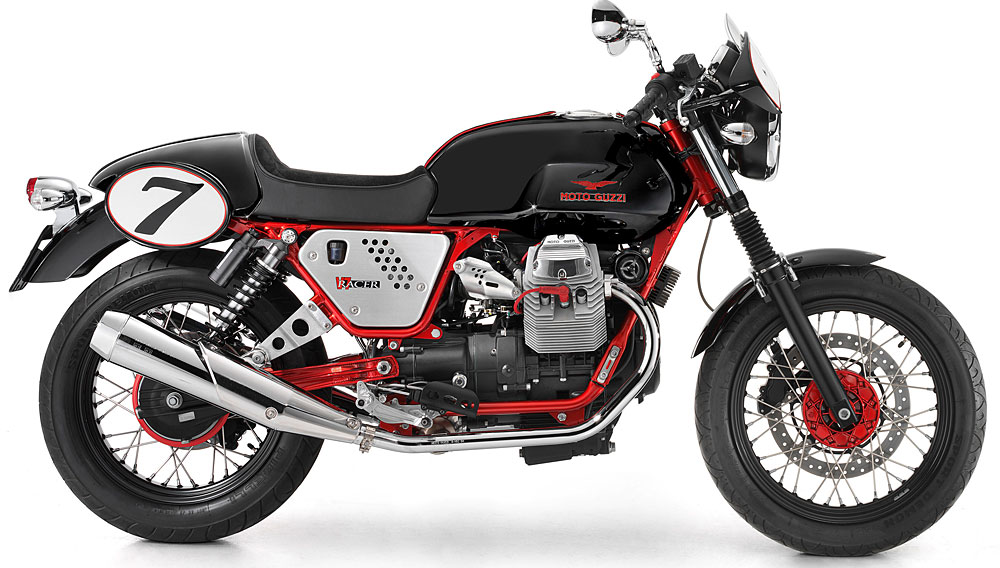 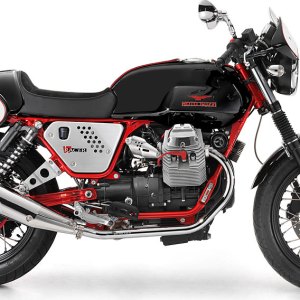 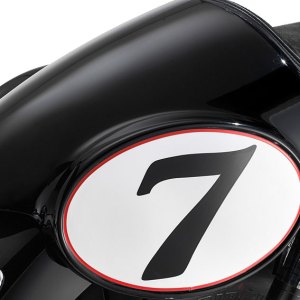 Moto Guzzi played the nostalgia card with its retro-inspired V7 Café Classic, and the new V7 Racer ($9,790) takes a sharper-edged stab at the heady era of British rockers and their stylish rides.

This modern interpretation taps into the Italian brand’s historic race bikes by contrasting blacked-out elements against frame, wheel hub, and swing-arm components painted a striking shade of crimson. The effect is akin to red lingerie peeking from beneath a demure black dress. A leather strap runs along the length of the fuel tank, and additional aesthetic details include aluminum side covers, a suede solo saddle, and silver spoke wheels. Among the suspension upgrades are fully adjustable, twin Bitubo remote reservoir rear shocks and Pirelli Sport Demon tires.

The V7 Racer’s character-laden but otherwise innocuous 744 cc V-twin remains untouched, lending this limited-production ride a bark that’s more menacing than its bite. But when viewed as a sentimental nod to a bygone era, the V7 Racer becomes quite the two-wheeled temptation. For information on Moto Guzzi’s illustrious history as it celebrates its 90th anniversary, visit www.MotoGuzziHeritage.com.