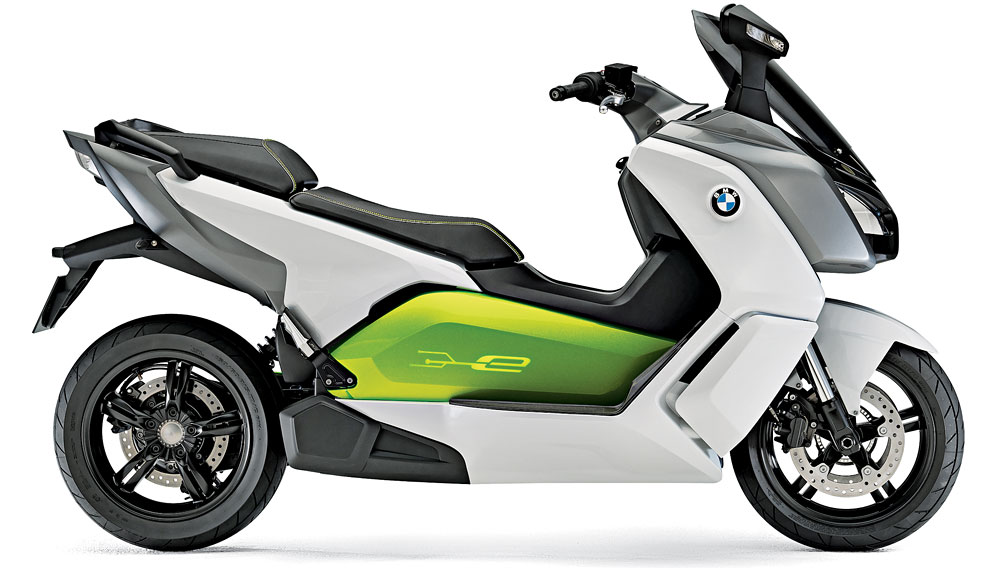 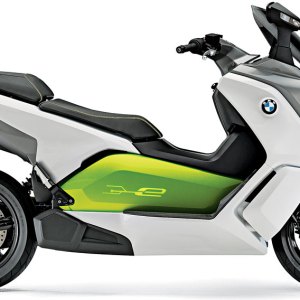 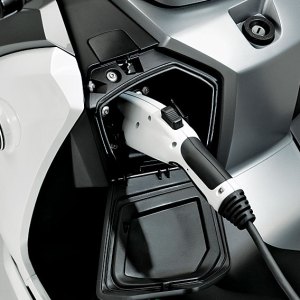 Maxi Scooters may be ubiquitous in Paris, Barcelona, and other European metropolises, where gasoline prices are at least twice as high as they are in U.S. cities, but Americans have only recently warmed to these big, step-through rides. BMW Motorrad, the company’s motorcycle division, intends to exploit the scooters’ growing popularity and promises to reinvent the category with an ambitious new electric model dubbed the C Evolution. BMW unveiled a prototype of the scooter earlier this year, presenting it as a more economical and eco-friendly sibling to the brand’s gasoline-powered, 49 mpg (highway) C 600 Sport and C 650 GT scooters. The company has yet to announce a release date, but it could make the C Evolution available commercially as early as 2014; the price is to be determined.

The C Evolution is powered by an 11-kilowatt motor capable of producing nearly 47 hp and propelling the scooter to an electronically limited top speed of 75 mph. The scooter’s high-voltage battery, the same one used for BMW’s i3 concept car, gives the C Evolution an estimated range of 62 miles. When the throttle is closed and when the brakes are applied, the scooter regenerates energy, which according to BMW can extend the scooter’s range by as much as 20 percent, or to nearly 75 miles.

Using a household outlet or a public charging station, riders will be able to recharge the scooter’s battery completely in about three hours; it will take only 30 minutes to attain a 70 percent charge.

BMW made prototypes of the scooter available for test-rides in London just prior to this year’s Summer Olympics, giving members of the media a chance to experience the C Evolution on the city’s notoriously congested streets and along beautiful country lanes. In both settings, the scooter performed with a degree of finesse that was surprising considering its prototype status—though BMW notes that it is a “near-production prototype.” The C Evolution will not beat a sportbike in a drag race, but it can whisk to 30 mph quicker than its 600-cc-plus internal-combustion stablemates, building speed with a barely perceptible whine from its motor.

The C Evolution hummed along through London with an ease that will make it well suited to city riding. While they will not replace internal-combustion bikes anytime soon, the C Evolution and other high-quality electric scooters are sure to intrigue city dwellers looking to reduce their carbon footprint but not their level of comfort.