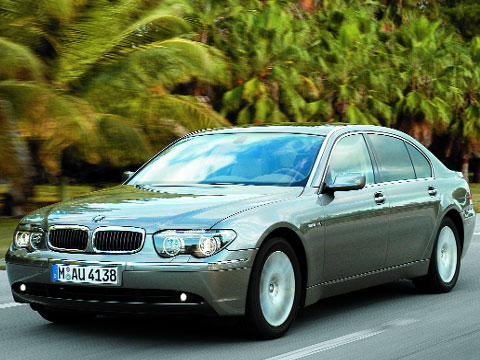 Comparing the $22,500 bmw k1200lt exodus to any other motorcycle is an exercise in futility. With the cruiser’s technical sophistication, smooth and crisp handling on straights and hairpins, and luxurious looks, the German heavyweight’s only true counterpart is its four-wheeled sibling: the strong and silky 7 Series. “The coincidence,” says David Robb, BMW’s director of motorcycle design, “is purely intentional.”

In terms of hardware, the two machines share virtually nothing. There are no interchangeable parts, no dynamometer tests applicable to both vehicles, no engine similarities. Yet the shared vision of BMW’s motorcycle and automotive design teams has enabled the former to produce a top-of-the-line, 100-hp bike that exudes the same aura of power and comfort as the sedan does.

Ten years ago, Chris Bangle, BMW’s design chief, and Wolfgang Reitzle, who was the company’s executive director of engineering at the time, brought the two teams together in the same open studio in Munich. The studio’s configuration allowed sculptors, designers, and engineers from both divisions to pass by the different car and motorcycle models and ask questions about the projects. “A lot of the experiences of others, as well as BMW genes, rub off on you as you pass so many exciting projects every day,” notes Robb, who reports to Bangle. “If you can imagine looking to your left, seeing the new 5 or 6 Series getting the latest finesse tickled out of its surfaces, or turning to your right and seeing the newest two-wheeler taking shape, you can imagine why we like to take a lot of walks around here.”

Bangle says that the motorcycle team was inspired by the expensive approach to creating the 7 Series. Automakers typically spend millions of dollars designing and building new products, and BMW is no exception. Robb’s group studied the spare-no-expense process and streamlined it for the Exodus without diluting the principle behind the project. Needless to say, without the 7 Series, the Exodus would be a much different bike. “Osmosis can be a great thing,” Robb says.

One good turn deserves another. Robb’s team recently invented a stepped-surface aero trick for the bikes’ fairings. BMW’s automotive designers, busy with the relaunch of the upcoming 6 Series, spotted the motorcycle division’s new creation, considered its merits, tweaked it for a car, and integrated the design into the new coupe. “I couldn’t imagine the car studio without the energy of bike design keeping the ‘wow’ factor as a constant motivator all around,” Bangle says. “My rule of thumb has always been, ‘Motorcycle leads.’ By this, I don’t mean in terms of shape development or particular feature innovations, but rather, theirs is a world that shows its passions first and finds ways to express them sooner.”