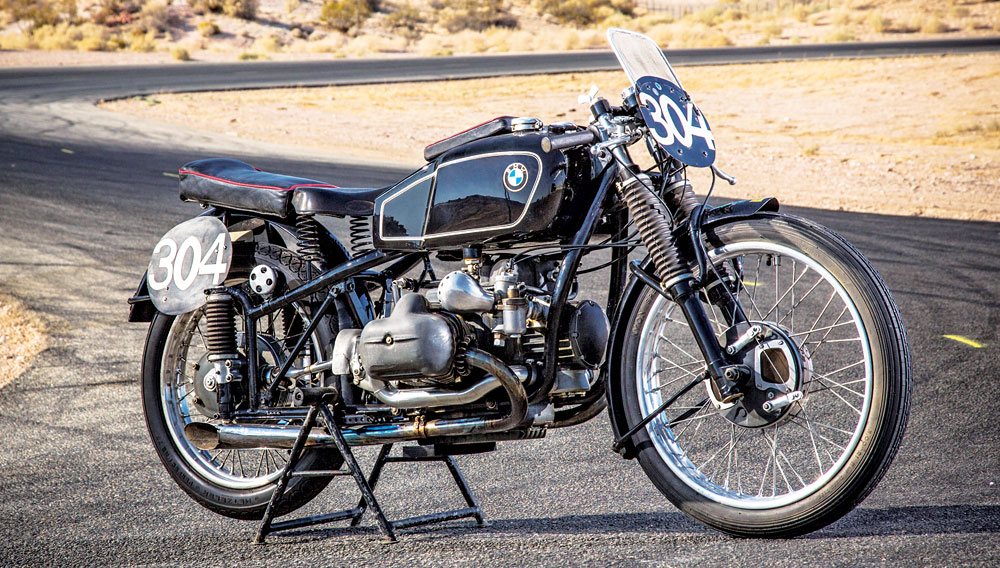 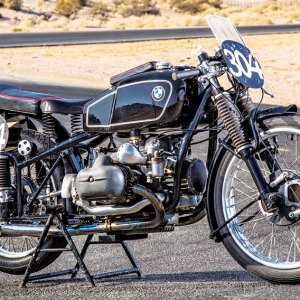 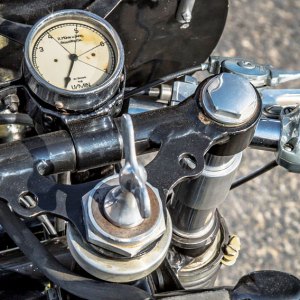 Early factory-prepared BMW race bikes are seldom offered on the market. Most are in the company’s museum in Munich. What usually passes for a factory mount is a close replica assembled from a few contemporary parts and mostly later-era components.

The star of the upcoming Bonhams Las Vegas Motorcycle Sale is not a replica. BMW historians recognize this 1939 BMW RS 255 Kompressor as original and correct. It is one of four historically significant competition bikes from BMW that will be part of the sale, which is slated for January 10 at Bally’s Las Vegas Hotel & Casino.

These motorcycles are not to be confused with the quiet, capable road bikes that have made the German manufacturer popular among riding enthusiasts. They are snarling track machines that are as rare as Dürer engravings and every bit as German.

The Bonhams RS 255 Kompressor is powered by a genuine 1939 race engine and supercharger. The bike’s frame is from 1951, one year after a ban preventing BMW from racing internationally in the post-war years was lifted. (Supercharged engines also were banned from international racing during that period.) The design of the frame is essentially the same as the design from 1939.

Aficionados view the BMW opposed-twin engine, with its front-mounted Zoller supercharger, as a work of art. The setup is said to have enabled the Kompressor bikes to achieve 100 mph during races. Famed British racer John Surtees has called the RS 255 Kompressor “one of the all-time greats of motorcycle grand prix racing.” Surtees owns the most famous RS 255 Kompressor, the one that Germany’s Georg Meier rode in 1939 when he became the first foreign competitor to win the prestigious Isle of Man Senior TT Race. That bike is on loan to the BMW Museum in Munich.

The Bonhams bike, chassis number 2 and engine number 16152, is expected to fetch a sum well into six figures.

The three other BMW racers on sale belong to the same private collection as the Kompres­sor. They are a 1954 Rennsport 254, a 1954 Renn­sport 254 with a sidecar, and a 1956 Rennsport 256. The bikes’ serial numbers suggest that their engines are the originals. Like most vintage racing bikes, these are accumulations of parts from machines from various periods; wear items were replaced as needed. Price estimates for each bike range from $140,000 to $160,000.