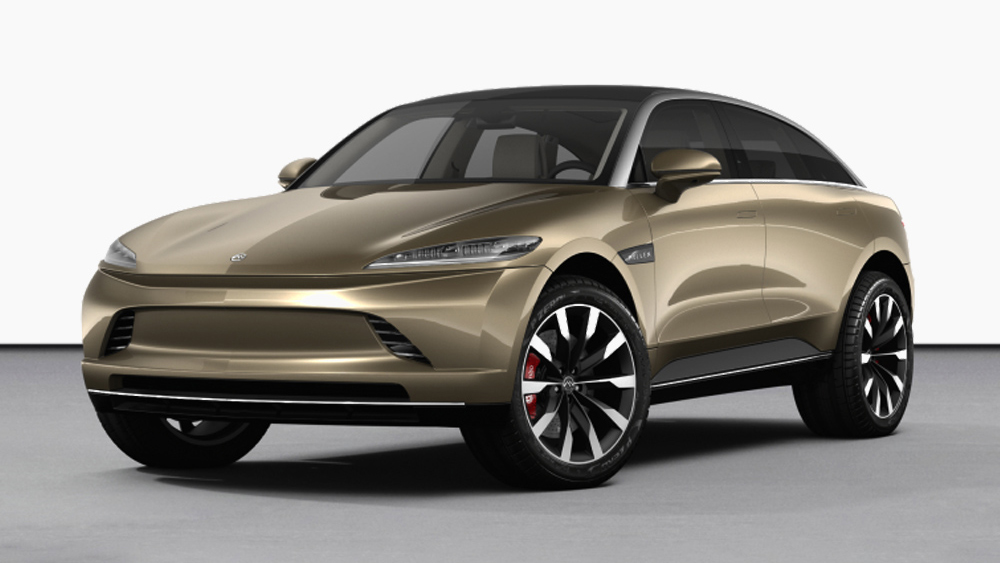 Tesla may dominate the EV market right now, but that’s not going to stop other automakers from trying to knock the brand off its perch.

Earlier this week, Southern California startup Mullen unveiled its new EV at the Los Angeles Auto Show. Dubbed the Five, the brand’s first crossover SUV blends sleek design, a plush interior and a 325-mile range. It’s fair to say the EV made a good impression, as it was the recipient of the convention’s ZEVA Award for the top all-electric SUV, beating out entries from Lincoln and Rivian.

The Five features a design that’s at once athletic and sophisticated. Smooth lines flow from front to back, helping highlight a dramatic set of lights on the nose and rear. You’ll also be able to choose between one of six colors for the finish—white, silver, gold, red, blue and black. Inside, you’ll find a number of luxurious details such as customizable seating configurations, fold-down surfaces and a multi-LED intelligent “live screen” infotainment system. There’s even a wireless phone charger onboard, as well as an advanced driver assistance system.

Inside the Mullen Five  Mullen

As promising as the Five may look, it’s clear there is work to be done. Mullen has yet to reveal horsepower or torque figures for the vehicle. Despite this, the brand promises the car will be able to accelerate from zero to 60 mph in just 3.2 seconds and reach a top speed of 155 mph. That would put it in the same neighborhood as the standard Tesla Model X, which can accelerate to 60 mph in 3.8 seconds and has the same top speed.

Mullen did reveal that the setup will be powered by a 95 kWH Lithium-Sulfur battery pack, which has five times more energy density than one made of Lithium-ion. This is what gives the vehicle its estimated range of 325 miles (the Model X has a range of 348 miles). Even more impressive may be the speed at which you can recharge its battery. The marque says you can go from zero to 80 percent capacity (or about 260 miles of range) in just 21 minutes using a DC fast charger.

The Five isn’t ready to buy quite yet, but you can reserve one with a $100 refundable deposit through the Mullen website. The starting price for the vehicle is $55,000. The manufacturers says that deliveries will begin in the second quarter of 2024.