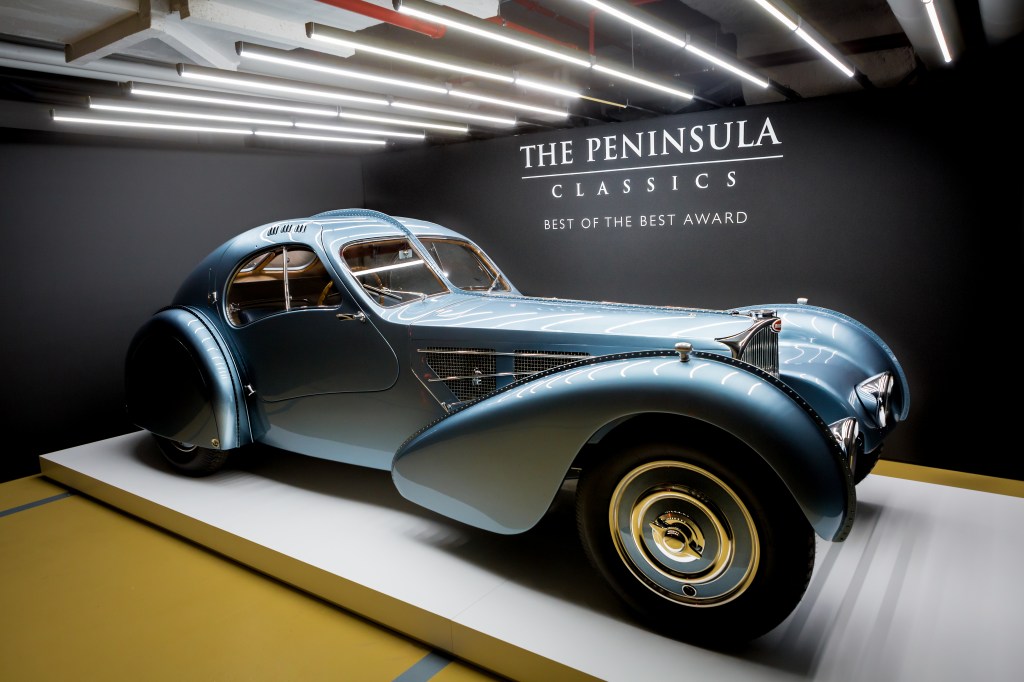 The name “Bugatti” holds international esteem for entirely different reasons today than it did in the 1930s. The company’s founder, Ettore Bugatti, considered each vehicle a work of art—conceived from Bugatti’s Italian-born, French-inspired tastes. Europe agreed with him. Following World War I’s conclusion and the automaker’s first exhibition at the 15th Paris Motor Show, Bugatti released some of its most iconic models, including the 1936 Type 57SC Atlantic—one of just three examples ever produced.

Only the SC Atlantic’s distinct beauty matches its rarity, creating a powerful combination that has earned numerous honors among the world’s most prestigious classic car shows. The latest feather in Bugatti’s cap is credited to Mullin Automotive Museum’s 1936 Bugatti Type 57SC Atlantic, winner of the Peninsula Classics “Best of the Best” award on February 8. As the first production SC Atlantic and the only surviving “Aéro Coupé,” this vehicle triumphs over seven other “Best of Show” winners from concours events around the globe. A panel of 24 automotive experts, including Henry Ford III and The Duke of Richmond, judged the vehicle entries.

Peter Mullin, founder of the Mullin Automotive Museum and renowned car collector specializing in French marques, received the award during a private dinner held at the Peninsula Paris.

“Receiving this extraordinary distinction in Paris has been a breathtaking experience,” says Mullin. “For each show the Atlantic has participated in, my goal has always been the same—to share the car’s extreme beauty and my immense passion for French artistry with enthusiasts from around the world. I’m thrilled that a second car from the museum has been considered amongst the world’s very best classic vehicles.” In 2016, Mullin’s 1937 Talbot-Lago earned the same accolade.

As a brand, it would seem Bugatti satisfies the spectrum of automotive intrigue. While its 1,500 horsepower Chiron chases performance benchmarks, heritage models like the Type 57SC Atlantic accumulate design merits. Ettore would indeed be proud.