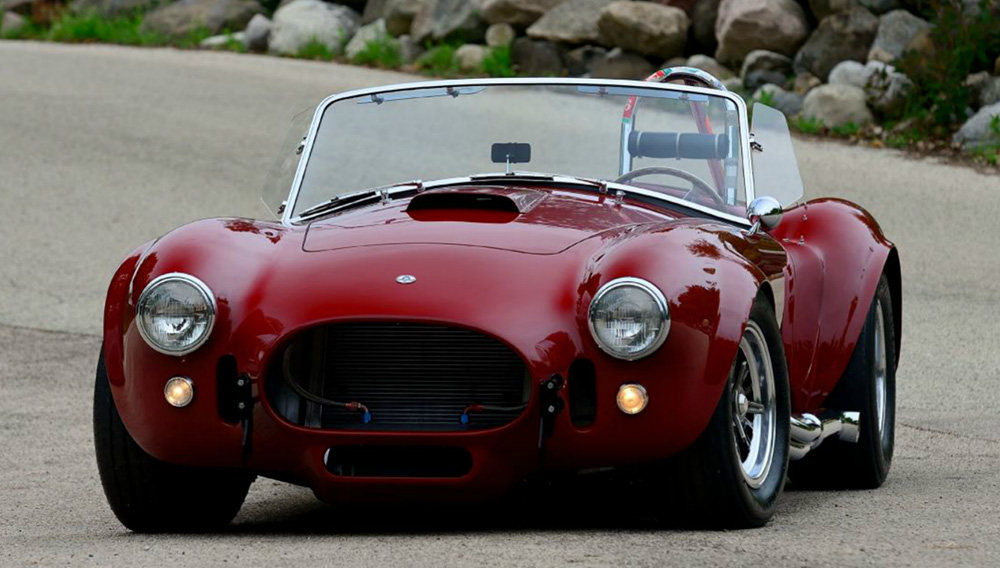 The auction is open to buyers, sellers and spectators. Bidder registration is $100 and includes admission for the bidder and one guest for all three auction days; registration can be completed in advance at Mecum.com or on-site at the auction. General admission tickets are available in advance and at the gate for $25 per person, per day, and children 12 and younger receive complimentary admission.

Main attractions at this year’s event include a stunning bold-red 1966 Shelby 427 Cobra Roadster (Lot S148) boasting a rich history on the race track; the offering will mark the first time in nearly 30 years that the car has been made available to the public. A four-speed 1970 Ford Mustang Boss 429 Fastback (Lot S147) sporting its original Grabber Blue paint will also be on offer accompanied by its original and well-preserved build sheet as well as two original shipping invoices. Four classic and coveted Pontiacs from the Scott Shaffer Collection will give buyers the opportunity to take ownership of an iconic example of the American supercar. Among them is an original unrestored 1969 Ram Air III Firebird Trans Am (Lot S98) that is one of 697 built and one of just 14 with Parchment Paper interior. Another is a frame-off concours-restored 1970 GTO Judge Ram Air IV (Lot S99) with a matching-numbers 400/370hp engine and a rare factory black-on-black color combination. Also on offer from the Scott Shaffer Collection is a 1970 GTO Judge (Lot S101) that features a 400/366hp engine, four-speed transmission and 19 factory options.

The Mecum Chicago auction is Chicagoland’s only collector and classic car auction. Doors open each day at 8 a.m. The auction will be begin on Thursday, Oct. 8 at 1 p.m. and at 10 a.m. on Friday, Oct. 9 and Saturday, Oct. 10. Road Art begins 30 minutes prior to the auctioning of cars.

NBC Sports Network will broadcast a total of 20 hours of auction coverage, and a live stream of the entire auction will be presented at Mecum.com. Mecum’s website is updated daily with the latest consignments including detailed descriptions and photographs of the vehicles. To view the list, to consign a vehicle or to register as a bidder for the Chicago auction, visit www.mecum.com or call (262) 275-5050.

Nobody sells more than Mecum. Nobody. The Mecum Auction Company is the world leader of collector car, vintage and antique motorcycle, and Road Art sales, hosting auctions throughout the United States. The company has been specializing in the sale of collector cars for 28 years, now offering more than 15,000 vehicles per year and averaging more than one auction each month. Established by President Dana Mecum in 1988, Mecum Auctions remains a family-run company headquartered in Walworth, Wis. For further information, visit Mecum.com or call (262) 275-5050. Follow along with Mecum’s social media news and join us on Facebook, Twitter, YouTube, Pinterest and Instagram.

Auction: Vehicles start at 1 p.m. on Thursday and 10 a.m. Friday and Saturday with Road Art 30 minutes prior