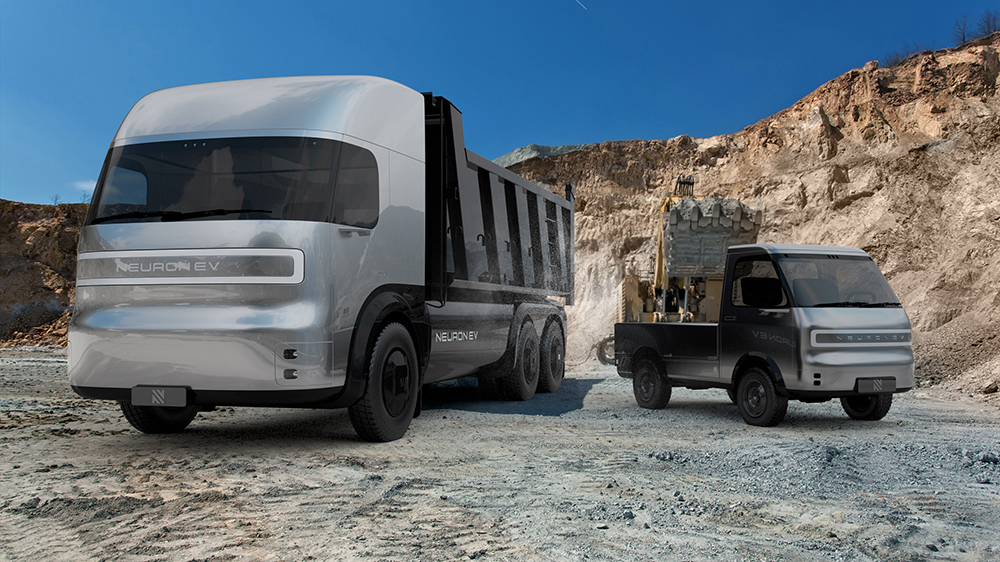 While some auto companies scramble to get their first all-electric trucks to the market, Neuron EV has its eye on something bigger. The startup, which just unveiled two modular EV trucks, hopes to revolutionize the automotive industry.

On Tuesday, the California-based company announced the release of the MET and the STAR, two EVs the company believes will have a drastic impact on the way we think about pickups. Both models are modular and come with interchangeable rears, and while they share a steely, futuristic aesthetic, they vary greatly in what they are capable of doing.

The first of the two vehicles, the much larger MET, has a wide range of commercial uses, according to Neuron. Its name stands for Medium-Duty Electric Truck, and its creators designed it to serve decidedly municipal functions, including urban logistics, sanitation, construction and mining.

While it’s easy to see the practical purposes of the MET, it’s the pint-sized STAR that’s most likely to catch people’s attention. The vehicle, which could almost be called cute, is described by Neuron as “spaceship on wheels,” and it’s clearly built to resonate with millennials. Renderings of the truck show it being used as a traditional pick-up, a van and a stylish camper not unlike Airstream’s Nest, another vehicle aimed at Gen Y.

According to the startup, the STAR is an attempt to prove that fun and style don’t have to come at the cost of function and practicality. “People carry their mobile devices everywhere because it empowers their lifestyle,” the company said in a press release. “We’ve lost that kind of car culture, and the STAR is Neuron’s way of making cars more enjoyable.”

No release date or pricing information were provided for either vehicle as of press time, but the Neuron website suggests that more details will be available at the second annual China International Import Expo in Shanghai next month. The company also has an electric bus in the works.

When Neuron’s two trucks do hit the market, they won’t be alone. Earlier this summer, Ford announced plans to offer an all-electric F-150 by the middle of the next decade while showing off a prototype capable of towing a million pounds. There are also rumors that General Motors may resurrect the defunct Hummer brand as a line of electric vehicles. And maybe Elon Musk will actually follow through on his Instagram tease of a Tesla truck coming this November. Let the pickup games begin.