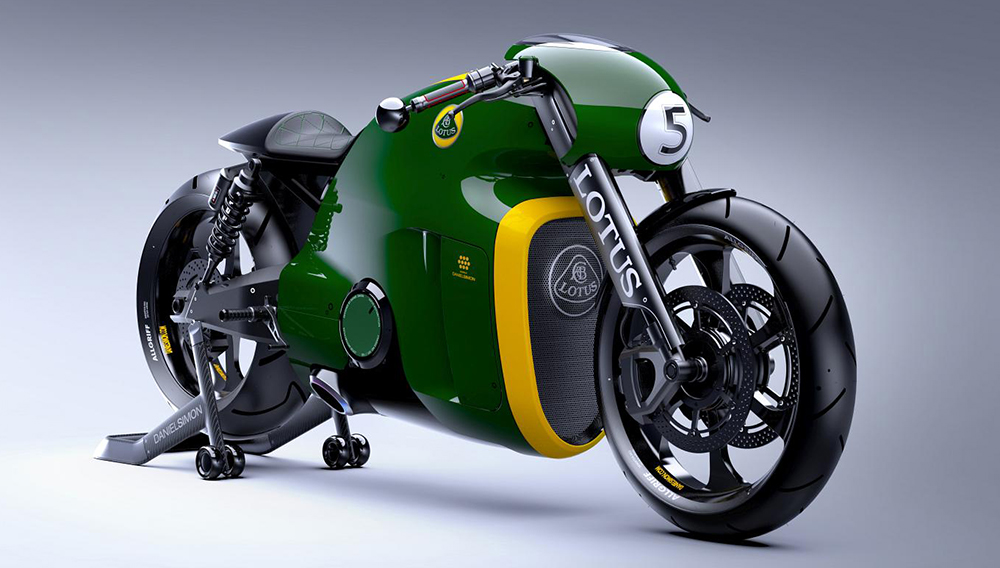 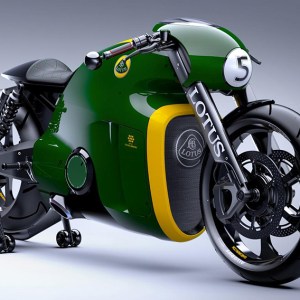 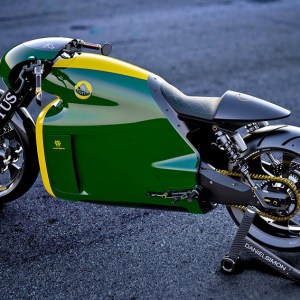 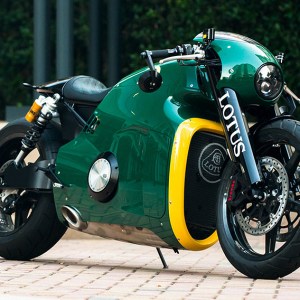 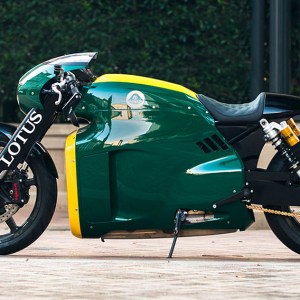 Certainly one of the most extreme modern motorcycles on the planet, a rare example of the otherworldly Lotus C-01 from 2014 will cross the block at Mecum Auctions’ Monterey sale taking place August 18 through 20 in Monterey, Calif. With a look conceived by Daniel Simon, creator of the light cycles in the film Tron: Legacy, the bike unmistakably shares the same design DNA of its cinematic counterpart.

Comprising a chromoly trellis tube frame covered with a 12-piece carbon-fiber shell, the bike is given its brawn by a 175 hp, 1,195 cc KTM V-twin engine mated with a 6-speed transmission. And the super cycle surges forward on carbon-fiber wheels (19-inch in front, 17-inch at the back) manufactured exclusively for the model. Other cutting-edge componentry includes a cast-aluminum swing arm, an upside down Sachs fork, Öhlins rear suspension, and Brembo racing brakes.

The example at auction is from the first year of production and one of only 100 made in total. Never ridden, the bike is expected to fetch up to $450,000. (mecum.com)