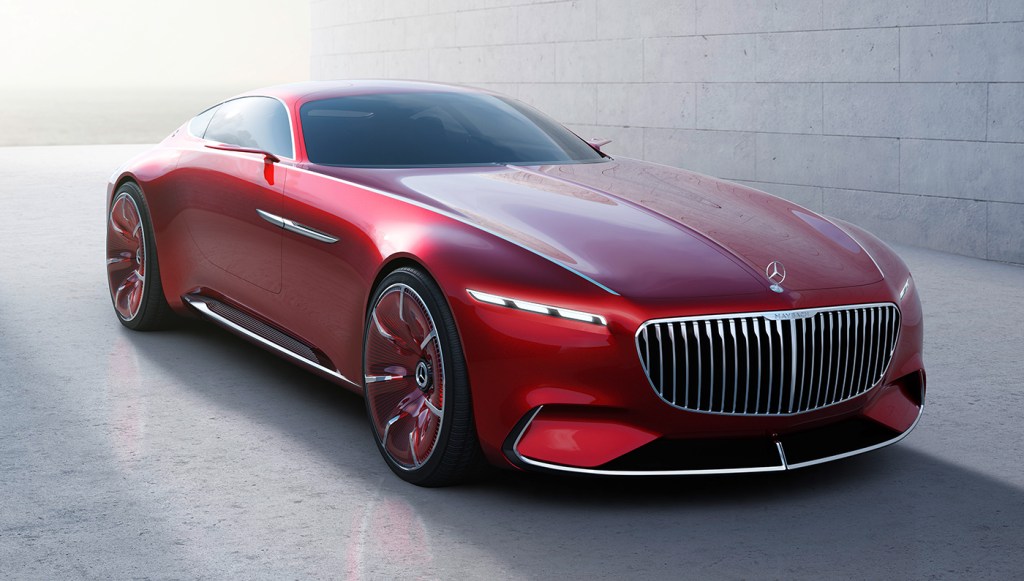 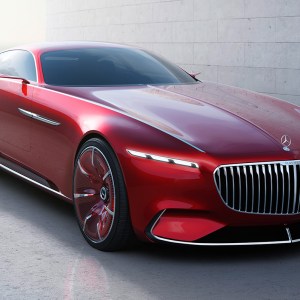 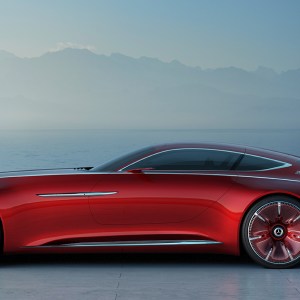 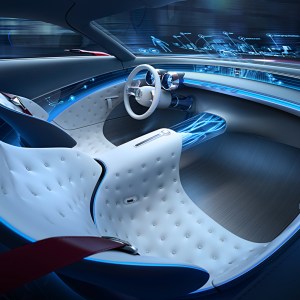 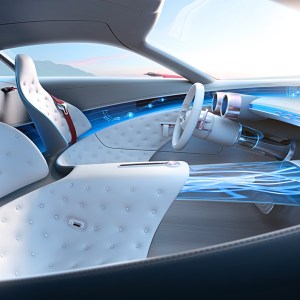 Unveiled during this year’s Pebble Beach Concours d’Elegance weekend, the imposing Vision Mercedes-Maybach 6 concept comes just two months after the release of the Rolls-Royce Vision Next 100 concept. With these visionary concepts, both manufacturers are clearly setting their sights on the future of luxury. The Vision Mercedes-Maybach 6 concept coupe measures more than 18.5 feet long, (more than 16 inches longer than the current production Rolls Royce Wraith), with proportions that are far more sporty than stately, as well as a low roofline and a hood that seems to stretch for miles.

The styling carries forward what Mercedes-Benz head of design Gorden Wagener calls “hot and cool,” the blending of aesthetic sensuality with the latest technology. Unlike the designs of many brands’ concepts, which can look overdone, the Vision Mercedes-Maybach 6 concept uses clean, aerodynamic lines, with a front grille said to be inspired by a pinstripe suit, and a boat-tail rear end reminiscent of that found on the current Mercedes-AMG GT. Gullwing doors, made iconic by the 300SL of the 1950s and later resurrected on the SLS AMG Coupe, lend an extra measure of panache.

The all-electric powertrain (which Mercedes-Benz says is under development for future production cars) comprises four electric motors and a battery pack, yielding 738 hp and propelling the coupe from zero to 62 mph in less than four seconds, with an electronically governed top speed of 155 mph. The concept’s range is good for more than 200 miles, and a quick-charge system can recoup enough juice for 62 miles in just five minutes.

In the cabin, a curving dashboard wing and cradling seats seem like they are straight out of a cocktail lounge, and open-pore elm wood accents create a refined yachting look. Two circular gauges in front of the driver pay tribute to classic Mercedes-Benz interior design, while other vehicle information is displayed in a digital strip on the instrument panel and virtually on the windshield.

Although Mercedes-Benz is not saying whether the car will go into production, a large luxury coupe based on the Vision Mercedes-Maybach 6 concept would make for a mighty competitor to the Rolls Royce Wraith and the Bentley Continental GT. (mbusa.com)