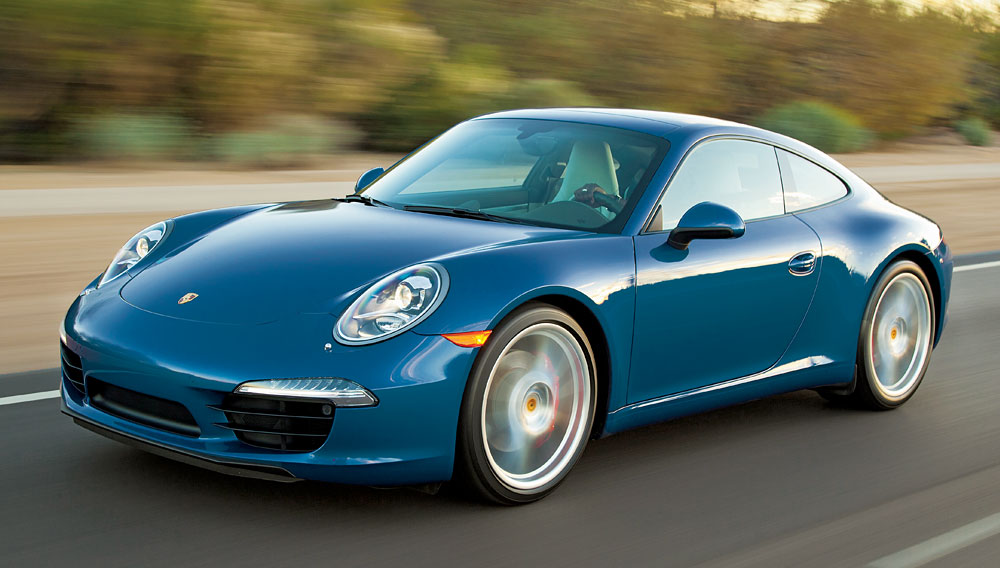 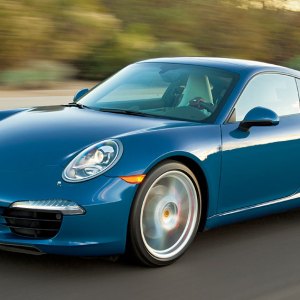 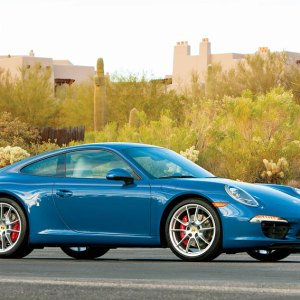 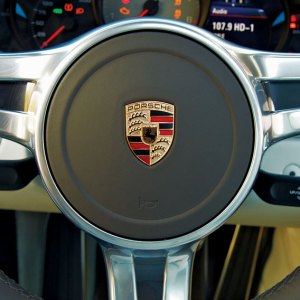 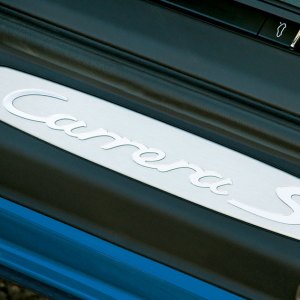 When, toward the end of a career that spanned nearly eight decades, Pablo Picasso was asked which work he considered his finest, he supposedly replied, “The next one.” Some art critics today might disagree, arguing that had Picasso walked away from his easel by 1950, his oeuvre would not have suffered by so much as a brushstroke.

At that same midpoint of the last century, Porsche was cobbling bathtub-shaped coupes and roadsters based on Volkswagen engineering principles, still years away from creating its greatest masterpiece: the 911. The first iteration arrived in 1964, as a modest 125 hp replacement for the aging 356 series.

With that car and each successive generation, Porsche could posit that the finest 911 would be the next one—and the automaker’s work would support its supposition.

Even so, dyed-in-the-wool Porschephiles—those recidivists who have owned multiple generations of the 911—are a change-averse bunch. This Porsche enthusiast is no different and is prone to unpredictable fits of nostalgic reverie for the charms of the simpler air-cooled cars. With its cozy, utilitarian cockpit and friendly shape, the original 911 might be the perfect car, just as the egg (or maybe the Swabian sausage) is the perfect food.

So it was with a mixture of anticipation and I-told-you-so apprehension that I attended the international launch of the newest 911, specifically the 2012 Carrera and Carrera S models. The cars went on sale earlier this year, with base prices of $82,100 for the Carrera and $96,400 for the Carrera S. Like the previous 911 platform, the new one eventually will support numerous variants. The convertible Cabriolet and four-wheel-drive Carrera 4 are expected to arrive this spring, and the GT3 and Turbo models—among others—likely will come next year.

Project 991, as it is known internally at Porsche, is essentially the seventh full generation 911 since the series’ first production car, in 1964. The last all-new 911 was Project 997, which in 2005 replaced the aesthetically challenged and generally unloved 996—Porsche’s first water-cooled 911. Porsche made radical improvements to the 997 in 2009, though it did not alter the styling. (The project nomenclature at Porsche can be bewildering. The 911 series lineage includes, in chronological order, projects 911, 964, 993, 996, 997 and 991. Along the way were close—but radical—relations such as the 930 Turbo and the ultimate 911, the 959.)

While the latest 911 bears a resemblance to its predecessor, virtually everything about the car is new. Indeed, it displays the most substantive styling changes since the 996. Longer, lower, and wider than any of its predecessors, this 911 assumes an almost-menacing supercar countenance.

At the launch event, Matthias Kulla acknowledged the challenge of redesigning an icon. “What should I touch? What can I change?” he asked rhetorically. “If I do too much, it’s no longer a 911. It’s a tightrope walk.”

Kulla changed the wheelbase, stretching it by about four inches to create more interior space and enhance ride comfort. He also lowered the roofline about one-fourth of an inch to further streamline the car’s profile and cheat the wind. A wider front track (the rear track remains the same) makes room for wider LED headlamp assemblies. And for the first time in years, the 911 has door-mounted side-view mirrors. The new car displays the model’s signature C-pillar, though at first glance the deck lid appears to widen and encroach on the rear-fender real estate. Smoother airflow accompanies these edgier aesthetics, and the longer wheelbase and wider front track enable greater cornering stability and speeds—on the street and on the Nürburgring Nordschleife, where the Carrera S completed the circuit in 7 minutes and 40 seconds, which is the same time the outgoing GT3 and Turbo posted.

Porsche project manager Michael Schaetzle next presented the engineering highlights of Project 991. These include two new engines: a 350 hp (3,436 cu in displacement) model for the Carrera and a 400 hp (3,800 cu in displacement) for the Carrera S. The Carrera engine is 200 cc smaller than its predecessor’s, while the Carrera S engine remains the same in terms of volume. Still water-cooled, the new mills achieve 16 percent lower fuel consumption than the 997 engines (when based on the New European Driving Cycle), while revving to 7,800 rpm—300 rpm higher—and delivering greater performance across the board. The Carrera S (with the Sport Chrono Package) reaches a top speed of about 189 mph and a zero-to-60-mph time of 4.3 seconds. The Carrera’s performance numbers are close behind: a 179 mph top speed and a zero-to-60-mph time of 4.6 seconds.

Key to the new car’s performance is its transmission, either the much-loved PDK or the 7-speed manual. The extra-cost option is the PDK, a 7-speed gearbox sans clutch pedal that uses paddles (or a console-shifter) to achieve shifts faster and more smoothly than any manual transmission can. For freeway stop-and-go driving, nothing else makes sense. The Sport Chrono Package makes the PDK quicker by about 0.2 seconds, an advantage relevant to weekend race winners or chat-room losers.

Impressive as the PDK is, the standard-equipment transmission generated more excitement at the launch event. It is the first-ever 7-speed stick shift in a production car. Seventh gear is essentially an overdrive that lowers revs and is most welcome when cruising at high speeds.

While the previous 911 had many drivers teetering about which transmission to choose—PDK or manual—the new 7-speed manual clinches the decision. Shifts are crisp, ratios are well spaced, and the clutch pedal is light and progressive. Choose the manual for the same reason grown men play with electric train sets: for the sheer fun of it.

At the heart of the fun of a 911 are the driving dynamics, which Porsche has finessed to deliver sportiness and ride comfort. The company has improved the car’s handling—long a Porsche love potion—by introducing new electromechanical power steering and adding a host of safety and performance features, each with its own acronym. Porsche Active Suspension Management (PASM), standard on the Carrera S, optimally controls suspension damping, stability, and comfort. Porsche Torque Vectoring (PTV) modulates braking, enhancing cornering behavior and saving precious sheet metal.

The standard brakes are Brembo—six-piston calipers in front and four-piston in the rear. The Porsche Ceramic Composite Brake (PCCB) package, which includes the company’s trademark yellow calipers, is optional.

The interior of the new 911 is unlike any previous iteration’s. The cabin of the original had all the design flair of a two-stroke Saab, while the 997 featured controls, forms, and surface finishes that nudged the baseline of luxury lite. However, the new interior should meet the demands of the most jaded sybarite. The center console is worthy of a true luxury sports GT. The seats are supportive and superb, and the door panels, carpet, and headliner materials are top-notch. Leather is everywhere, and surfaces, whether metal or color-matched plastic, look like money. The switchgear and controls are beautifully integrated—not complicated or cluttered but clearly comprehensive. Most noticeable is the gear lever, mounted high, as it is in the Carrera GT, and dominating the efficient ergonomics. The instrumentation continues the tradition that the VDO quintet began aeons ago. Diehards will search for a hand-brake lever but to no avail, because Porsche has replaced it with a button, which is located below the steering wheel.

Perhaps anticipating that nostalgia and sentiment might blur recollections of the relative merits and flaws of previous iterations, Porsche brought to the launch event a veritable museum of 911s for guests to evaluate. While most of the writers tore up the tarmac with the new Carreras, I took a drive down memory lane with previous versions of the 911, sampling back-to-back and full-out an early 1980s lightweight 911 Carrera Sport, an early ’90s 964 Carrera 4, a late ’90s 993 Carrera 4S, and a late-model 997 Carrera S. Every successive car served as a reminder that its predecessor was lighter, noisier, and slower. Each earlier version was less responsive in acceleration and braking and not as sure-footed on the road. While the first car possessed the endearing steering feedback and lightness of all early 911s, alas, those qualities are academic in a modern world of potholes, three-ton SUVs, and drive-time conference calls.

Stepping from the 997 into the 991 proved that Porsche has made its most recent 911 better still. It is a realization of the original concept and every bit the high-performance luxury sports car of the 21st century. Yet because it bears those three iconic numerals, the newest 911 retains the spark of purity and idealism inherent in the iconoclastic original, true in every measure to the vision of its creator. One can only imagine how good the next one will be.

Porsche CEO Matthias Müller has called the new 911 “the best 911 of all time.” And the best, it seems, is hardly the last; one can infer from the comments Müller made during the car’s media launch late last year that Porsche intends to continue evolving this nearly 50-year-old model indefinitely. He declared that though Porsche has successfully branched into the SUV and sedan markets in recent years—with the Cayenne and the Panamera, respectively—the “911 represents the core of the Porsche brand.”

In the United States last year, Porsche sold just over 6,000 examples of the outgoing 911 (the 997), versus nearly 6,900 Panameras and about 13,000 Cayennes. Nevertheless, Müller described the 911 as “the supporting pillar of our company” and noted that Porsche has produced about 700,000 911s for the worldwide market since introducing the model in 1964, and that 80 percent of those are still roadworthy.

Müller also spoke about the development process for a new edition of the 911. He pointed out that it always involves striking the right balance between tradition and innovation, and that this time the goal was to produce a vehicle that combines racetrack performance with everyday usability, so “you can still go to the baker’s.” In other words, the new 911 allows you to drive fast and have your cake, too. —Patrick C. Paternie

A Sound Choice for Porsche Drivers

Until Porsche made the switch from air-cooled to liquid-cooled engines in 1999, the 911’s distinctive sound contributed to the car’s aura nearly as much as its unmistakable profile did. The unique mechanical clatter emanating from the car’s tail was the only music Porsche purists needed. Indeed, many owners declined the option of a radio. However, the new 911 has an available audio system that even exhaust-deafened Porsche purists will appreciate.

The Burmester High-End Surround Sound System, which Porsche installed first in the Panamera and then in the Cayenne, is now an optional feature for the 911. The Burmester system is configured differently for each of the vehicle models. The 911’s 821-watt system features a dozen individually controllable loudspeakers. Its Air Motion Transformer (AMT) fiberglass (not paper) ribbon tweeters provide precise high-frequency sound reproduction throughout a wide range of volume levels. Only Bentley’s Naim system comes close to matching the Burmester’s ability to deliver every nuance of a musical composition. The sound is so clear and clean that even a 911 traditionalist might roll up his windows to listen. —P.C.P.