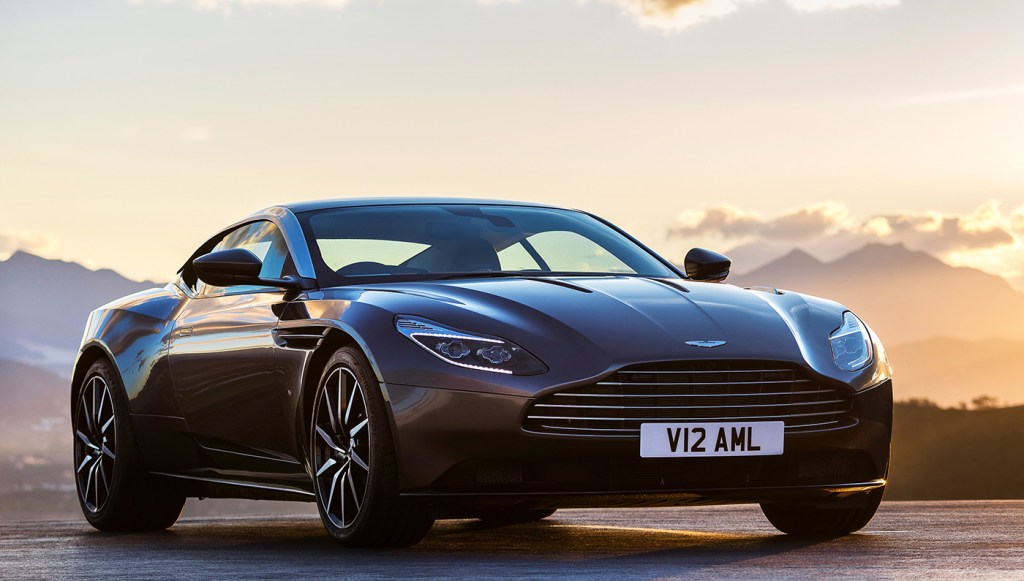 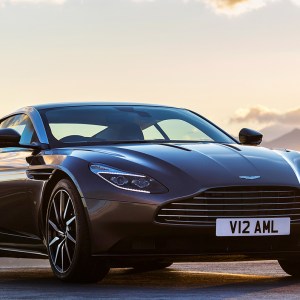 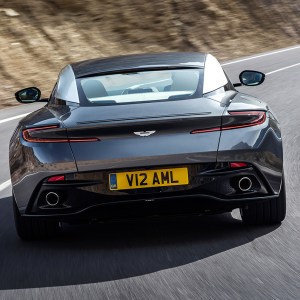 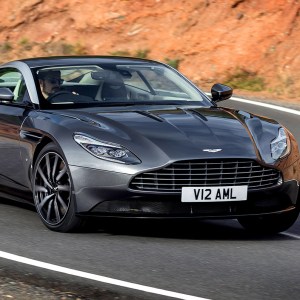 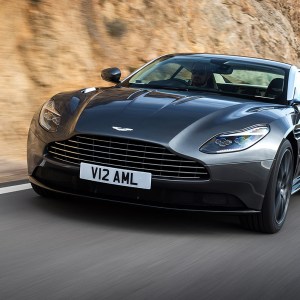 While as bold and beautiful as its automotive antecedent from the blockbuster film Spectre, the new Aston Martin DB11 packs more heat. Debuted at the Geneva International Motor Show, it is the most powerful DB model ever made, as well as the first release from the British marque’s second century of operation. And though its name follows a familiar format, the car itself takes some daringly unexpected turns.

Representing Aston Martin’s template for tomorrow, the captivating GT coupe has an impressive new heart under the hood—a twin-turbocharged, 5.2-liter V-12 engine (with 516 ft lbs of torque) that was designed in-house. Ready to charge with 608 horses, bridled by an 8-speed automatic ZF transmission, the DB11 races from zero to 62 mph in 3.9 seconds and reaches a top speed of 200 mph.

The impressive output has been optimized by aerodynamic accents previously absent from the line. Downforce in the front is amplified by Aston Martin’s Curlicue, an airflow feature that reduces high-pressure air build-up in the wheel arches by way of a release vent in the side strakes. At the back, the marque’s Aeroblade acts as a spoiler by taking ducted air from intakes and jettisoning it out the rear decklid.

Stylistic singularities include a front-hinging clamshell hood, a distinctive roof strake, a redesigned front grille and LED headlights, and a descending rear end that merges into the sculpted taillights.

Inside the refined ride is a 12-inch, thin-film transistor (TFT) liquid-crystal instrumentation display, created in partnership with Daimler. Another 8-inch TFT screen for infotainment (that can be operated by gesture through an optional touchpad) also accesses the autonomous parking and 360-degree camera functions. An addition to the abundance of amenities is the luxury of space in the form of wider door openings, heightened head clearance, and increased legroom. And the back has been bolstered with integrated ISOFIX mounts enabling multiple car seats for kids—perfect for when Bond becomes a family man.

An exquisite escape vehicle, the Aston Martin DB11 is scheduled for delivery by the fourth quarter of this year, with a starting price of $211,995. (astonmartin.com)