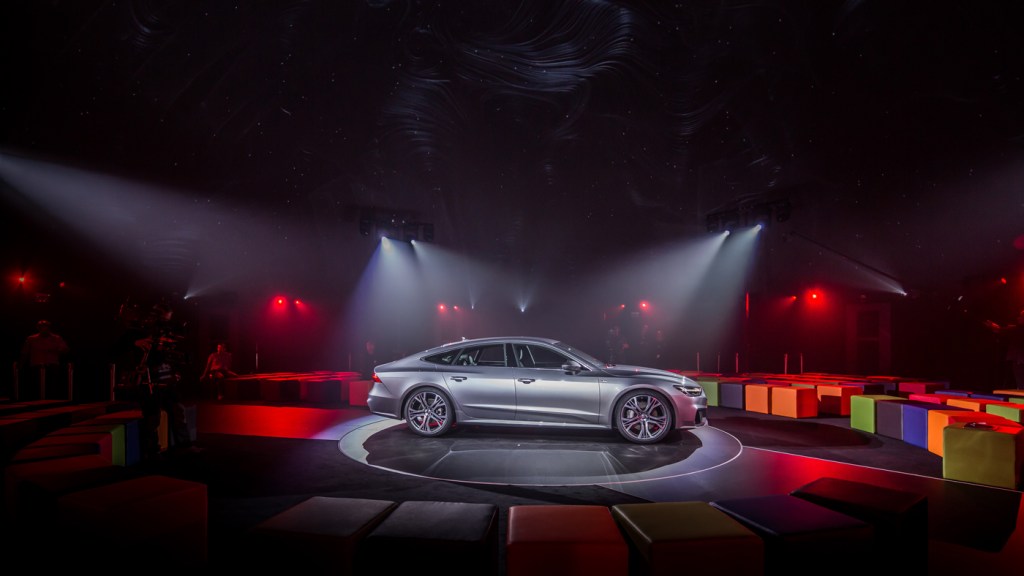 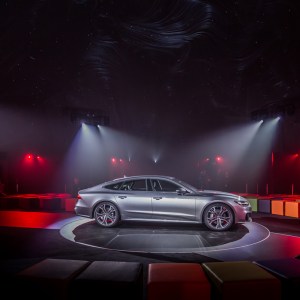 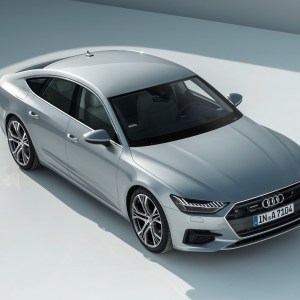 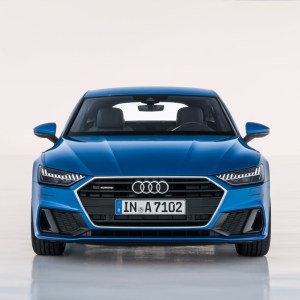 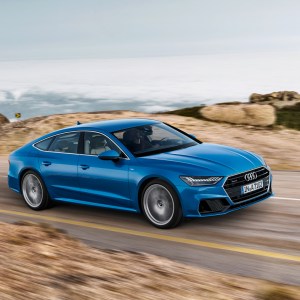 Audi revealed the second-generation A7 Sportback this week at its headquarters in Ingolstadt, Germany, heralding the next step in the brand’s design language and technological prowess. The sleek four-door coupe is long, low, and wide, with a more sharply dropping roofline befitting a sporty grand turismo.

As with the new A8 sedan, the latest A7 is inspired by the 2014 Prologue concept car, which highlighted simplified lines, new proportions, and an array of futuristic details. “The design is very simple,” says Andreas Mindt, head of Audi exterior design. “To make a pure design, it looks easy, but it’s not.”

The Audi A7 Sportback, the next step in the brand’s advancements in design and technology.  Photo: Courtesy Audi.

The entire team of Audi designers proudly demonstrated each detail of the A7’s design process from the marque’s new, six-story design center built of concrete and glass. The studio, nearly a decade in the making, boasts the latest in 3D-modeling technology and allows designers more creativity and efficiency from the first sketch to the finished car.

The A7, along with the new A8, shatters the traditional “same sausage, different length” approach, in favor of giving each model its own character. “We now want to focus on differentiation,” says Mindt.

In creating the new A7, the designers first turned the proportions around. “Before, the car was wider in the middle and narrower at the wheels,” explains Mindt. “Now, it’s narrowed in the middle to further accentuate the wheels.” The car’s flared wheel arches serve as a visual cue for the A7’s Quattro all-wheel-drive setup. It’s also an homage to the first Audi Quattro coupe of the 1980s, with its “blisters,” or bulges, above the wheels.

Other notable design cues include a longer, lower version of Audi’s single-frame grille. Light is particularly important for the A7. “With light we define our brand,” says Ceasar Muntada, Audi’s head of light design. Narrow headlamps are fitted with state-of-the-art lasers (pending regulatory approval in the United States). LED running lamps, segmented like piano keys, treat onlookers to a lively light show when turned on—reminiscent of a modern-day KITT car from the 1980’s television show Knight Rider. In the rear, a wide horizontal light runs across the back of the car, accentuating the vehicle’s width.

The latest version of Audi’s “Virtual Cockpit” is all digital. Wide, high-definition touchscreens replace nearly all of the analog buttons on the instrument panel. The customizable display also uses haptic feedback, so users can feel when they make a selection. Despite the myriad displays, the screens are integrated seamlessly into the cabin, without looking busy.

In the U.S., the new A7 will come with Audi’s 3-liter, turbocharged V-6, good for 340 hp and 369 ft lbs of torque. Production of the car is slated to begin in Germany in early 2018, with availability in the U.S. later that year. Although it has not been announced, we also expect to see sportier S and RS versions down the road. The car will also receive a suite of semi-autonomous driving features, similar to those found in the new A8. We’re told the cars are technically capable of what’s known as “level 3” autonomous driving (a standard set by the Society of Automotive Engineers), but much of the car’s capabilities upon production and delivery will depend on current regulations.