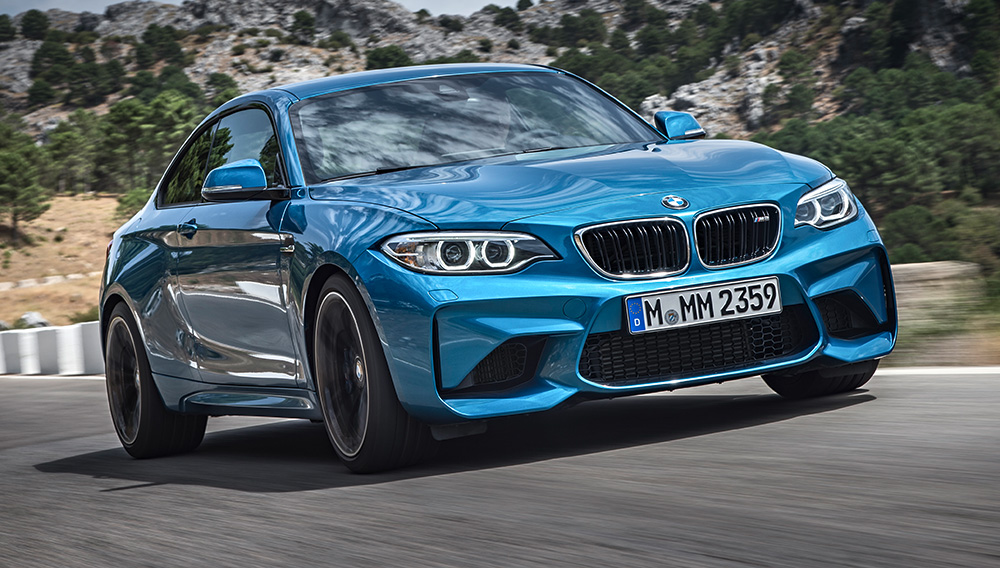 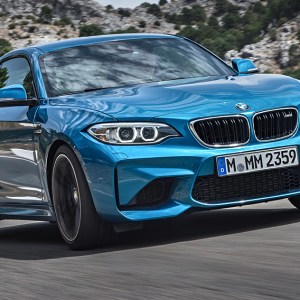 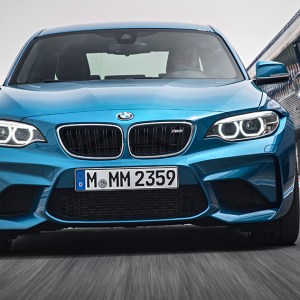 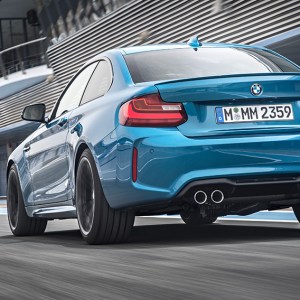 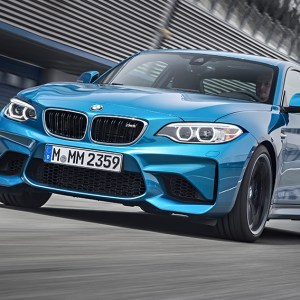 When compared to the other impressive driving machines from Bavarian Motor Works’ M series, the 2016 BMW M2 (announced yesterday) promises to be like that jealously inspiring younger sibling that seems to do everything better. It is powerful, agile, and presumably more fun behind the wheel. Instantly the jock on the block, the car will boast a 365 hp, 3.0-liter, 6-cylinder inline engine topping out at 369 ft lbs of torque—70 ft lbs more than the previous M3.

With an electronically governed top speed of 155 mph, the acceleration rate is a rush. Mated with the marque’s optional 7-speed, double-clutch transmission (M DCT) and the Launch Control feature, the power train will propel the new M2 from zero to 60 mph in 4.2 seconds. The M DCT option also comes with six driving modes, each with their own engine soundtrack. Very little is lost in translation with the standard 6-speed manual transmission, however, as it matches rpm for sure-fire shifting, accelerating from zero to 60 mph in 4.4 seconds.

Promoting that power is the engine’s innovative M TwinPower Turbo system comprising a turbocharger, High Precision Direct Injection fuel delivery, and variable camshaft timing for enhanced fuel efficiency and lower emissions. And its dry-sump lubrication system ensures equal oil dispersal (even through lateral acceleration due to high-speed cornering) and allows for optimal engine placement for a lower center of gravity—further testament to the car’s track-minded makeup. Even the ability to moderately drift is part of the deal when the car is in the appropriate sport mode.

Turning up the traction, BMW’s Active M Differential senses when tire contact is compromised and compensates accordingly. When it is time to tame the action, high-performance M compound brakes—tested at Germany’s Nürburgring course—are über-responsive and reliable.

The M2 is also a stunner stylistically. With the aerodynamic side profile of a gaunt supermodel, the comely coup also lacks any excess weight thanks to its aluminum suspension. But the wide wheelbase and 19-inch forged wheels give it a muscular, athletic stance that would make LeBron James jealous. With pricing yet to be announced, the new BMW M2 will be available in the spring of 2016. (bmw.com)