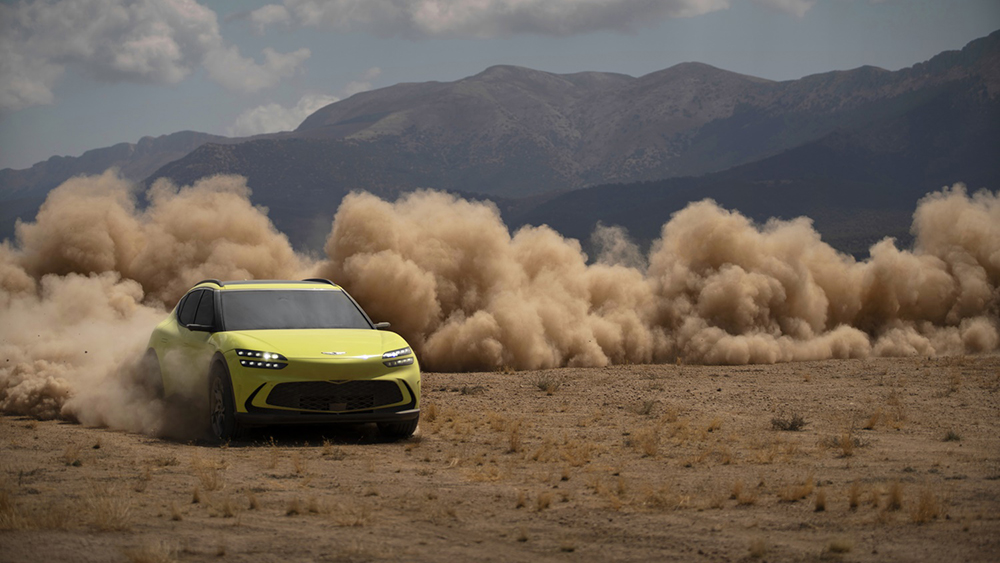 Genesis has finally revealed the numbers for its first electric vehicle.

After teasing the new GV60 last month, the South Korean automaker released the technical specifications on Thursday, to the delight of EV lovers everywhere.

The luxurious crossover SUV, which is expected to roll out stateside next year, will be available with three different powertrains built around a 77.4 kWh battery that delivers on grunt and range.

The upscale interior is available in five different finishes.

The standard rear-wheel-drive (RWD) model packs a single electric motor that’s good for 225 hp and 258 ft lbs of torque. The all-wheel-drive (AWD) version, meanwhile, produces 314 horses and 446 ft lbs of twist split across its two axels. Finally, the performance model comes complete with all-wheel-drive and dual motors for a beasty 429 hp and 446 ft lbs of torque. For even more power, you can activate Boost Mode to give the range-topper a total of 483 horses and 516 ft lbs of twist, which reportedly allows it to reach 62 mph in just four seconds. At those speeds, drivers will surely benefit from Drift Mode, which facilitates athletic driving by optimizing the distribution of driving power and braking system, according to Genesis.

As for range, Genesis has released figures based on the Korean EV certification system. (We’ll have to wait for the US-specific EPA range ratings.) The base RWD model can cover 280 miles on a single charge while the AWD and performance variants can drive 249 miles and 229 miles, respectively. Stopping for juice will be a breeze too: The battery supports fast charging at speeds of up to 350 kW, which will take you from a dire 10 percent to a healthy 80 percent in just 18 minutes.

Naturally, the GV60 will feature a bunch of futuristic tech along with a next-gen infotainment system. One highlight is the electric Active Sound Design, which is basically a system that sends virtual driving sounds through the Bang & Olufsen’s speakers. The four-wheeler also comes with facial recognition software that lets you unlock and start the car without a key.

The crossover isn’t short on style, either. It sports a streamlined, athletic profile with a distinctive wing spoiler and clamshell hood, along with the nameplate’s trademark two-line Quad Lamp headlights and giant Crest grille. You can pick between 11 exterior hues and five different interior finishes.

Genesis missed out on revealing just one important figure, though: the price. We’ll keep you posted.