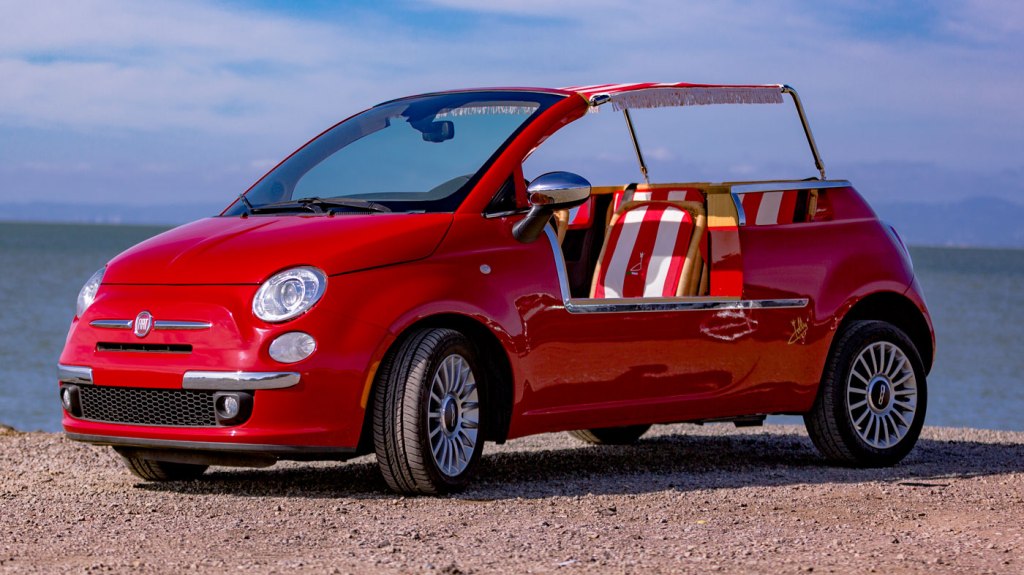 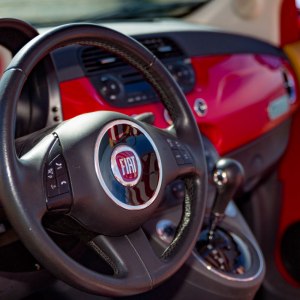 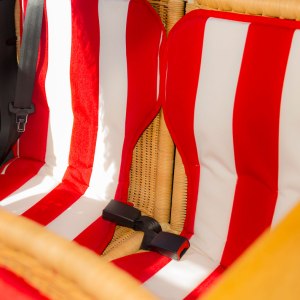 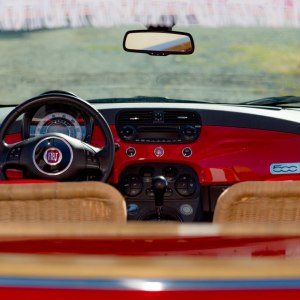 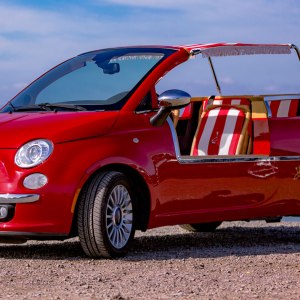 Its name means “joker” in Italian, but the original Jolly is a mid-century icon of cool. With a handmade, coach-built body, a playful fringed surrey top, and nautical-themed wicker seats, each Jolly was painted in a seductive pastel shade like sky blue, pink, pale yellow, and coral. The vehicle became a novelty among jet-setters and a stylish runabout for the golf course, the beach, and even the boat. Aristotle Onassis had one—or more—on his yacht, and Lyndon Johnson had one on his Texas ranch. They were so popular that Catalina Island, a then-popular gambling destination off the coast of Los Angeles, commissioned 32 of them as taxis.

The Jolly was derived from the tiny Fiat 500, 600, Multipla, and Giardiniera—city cars that were Italy’s ubiquitous equivalent of Volkswagen’s Beetle, which was an economic solution for postwar Europe and a car that helped make Fiat’s fortune. Nearly three million examples were produced through 1969, and it was only a matter of time before someone did something interesting with the platform.

For some, the Ghia Jolly is a more aesthetic alternative to the golf cart.  Photo: Courtesy Ghia.

That “something interesting” began as an idea from playboy Gianni Agnelli, who would later become chairman of Fiat and the richest man in postwar Italy. Agnelli commissioned automotive designer Dante Giacosa of Ghia—the Italian carrozzeria responsible for stylish prototypes and limited-production sports GTs throughout the last century—to create a runabout Fiat 600. There are no official production numbers, though it’s guessed that approximately 200 examples of all models were made by Ghia between 1958 and 1966, of which perhaps 100 remain. Survivors are collectible, and restored cars command as much as $100,000 at auction.

It’s been more than 50 years since the last Jolly waddled out of the Ghia factory, but now the Jolly returns as a modern version built on the Fiat 500 Lounge Cabrio or Pop Cabrio platform. Customers can specify a brand-new or late-model-used, U.S.-spec or Euro-spec Fiat, which is shipped to the fabricators in Turin, Italy, for conversion (the same facility responsible for numerous restorations of original Jollys).

A run of 200 modern conversions is planned, each featuring a hand-built, all-metal body and a wicker interior made by the same supplier as the originals. With light steering, agile handling, and more than 100 hp (plenty for a 2,500-pound car with no freeway aspirations), the modern Jolly—priced from $50,000 to $65,000—is a retro-cool reminder that Italian supercars aren’t the only way to have fun behind the wheel.