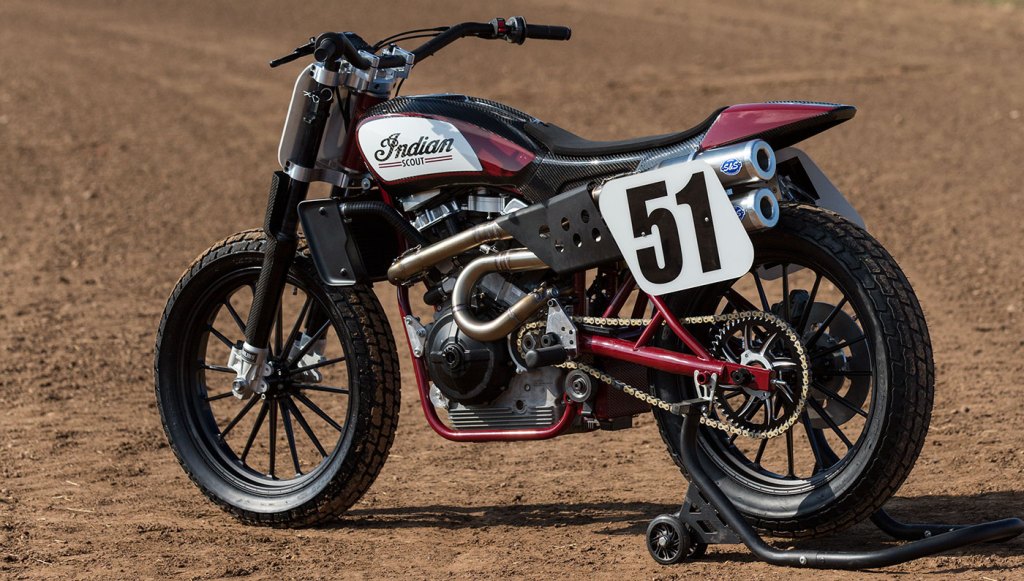 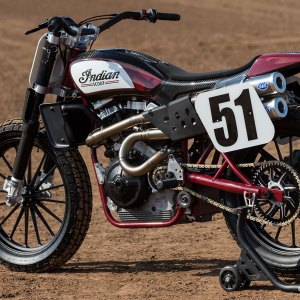 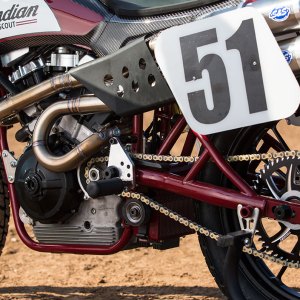 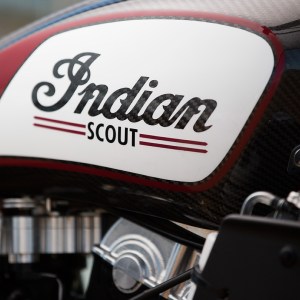 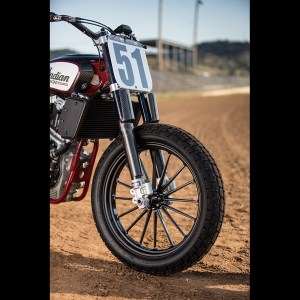 The first motorbike manufacturer in the United States, Indian Motorcycle has pulled from its racing roots with the Indian Scout FTR750—a new fury for the flat track. Debuted yesterday at the 76th annual Sturgis Motorcycle Rally in Sturgis, S.D., the bike features a steel frame, carbon-fiber body, and a power train that includes a custom V-twin engine (built in-house). The overall design aesthetic references the 1948 “Big Base” Scout (that took first place at the Daytona 200 that year) as well as a few more of the marque’s most prestigious racing models throughout its history.

The track-only titan premiered at Buffalo Chip Campground in the presence of industry insiders and icons including Bobby Hill and Bill Tuman—the surviving members of the Indian Wrecking Crew who dominated American Motorcycle Association (AMA) races in the early 1950s. Fittingly, the new Scout is fashioned with the same No. 51 that was Tuman’s when he won the Grand National Championship in 1953—the last person to do so on an Indian entry. The Indian Scout FTR750 marks the manufacturer’s return to competition in the AMA flat-track circuit and will be showcased throughout the week-long rally. (indianmotorcycle.com)