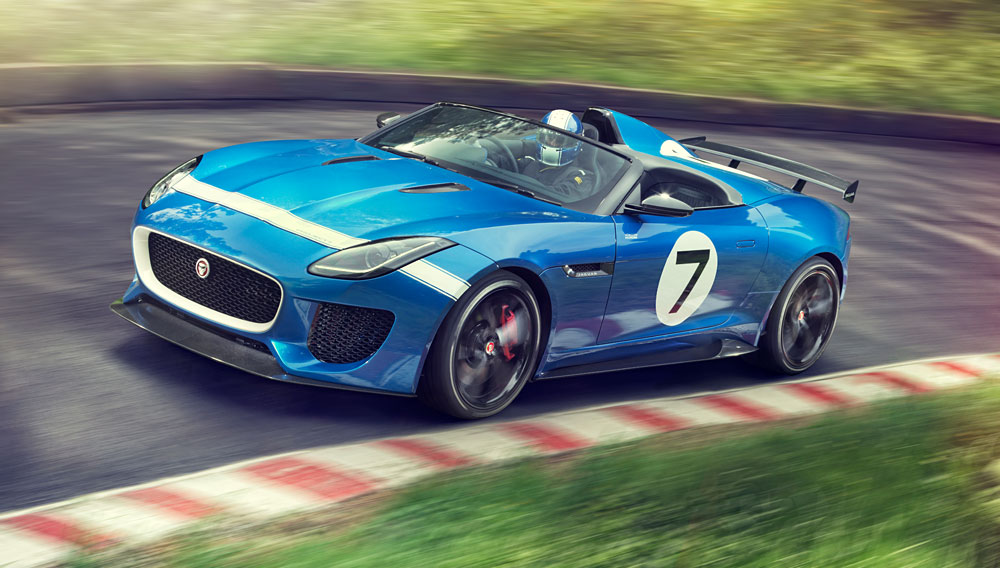 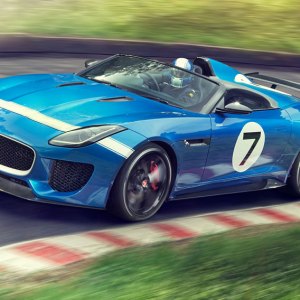 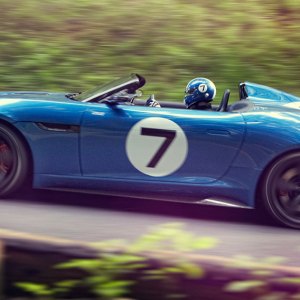 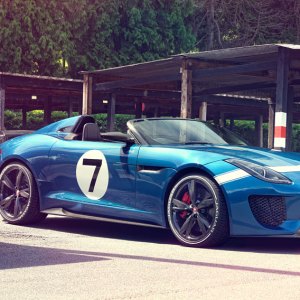 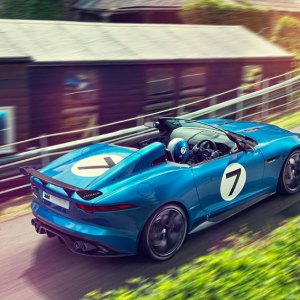 A variant of Jaguar’s new F-Type roadster, called Project 7, was developed as a way to pay homage to the marque’s seven victories at Le Mans between 1951 and 1990. The vehicle, only one of which was produced, showcases the powertrain of the supercharged V-8 F-Type and incorporates unique design elements that connect the car to Jaguar’s racing heritage. The concept vehicle made its debut in July at the Goodwood Festival of Speed, in the UK, and is expected to be shown during the 2013 Pebble Beach Concours d’Elegance.

Painted the same color blue as the Jaguar D-Types that won at Le Mans in 1956 and 1957, Project 7 is a single-seat open car with a fairing behind the driver’s headrest and a unique helmet holder in place of the passenger seat. The cockpit is equipped with a carbon-fiber racing seat with a four-point harness.

Other modifications include a cut-down windscreen, a front air dam, side skirts, a rear diffuser, and a revised nose with additional air intakes. The car also has suspension modifications and a freer-flowing exhaust. It delivers power to the rear wheels via a sequential-shift 8-speed automatic gearbox.