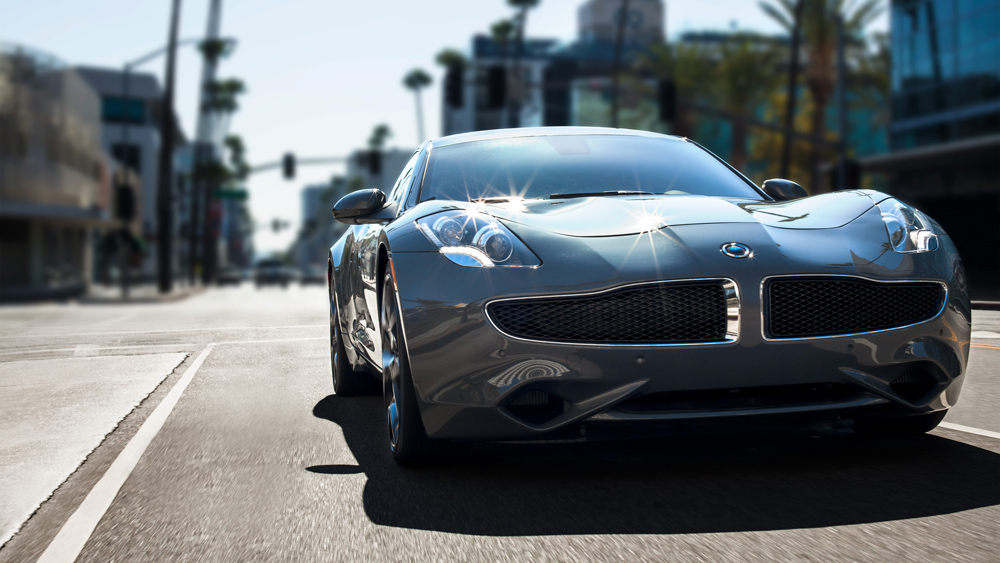 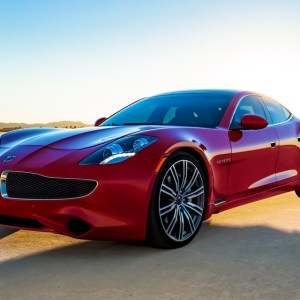 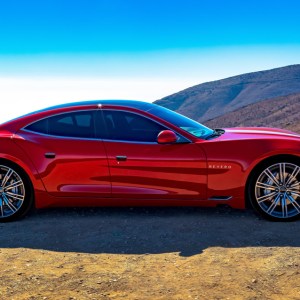 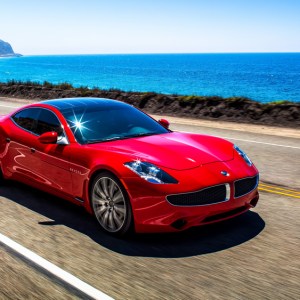 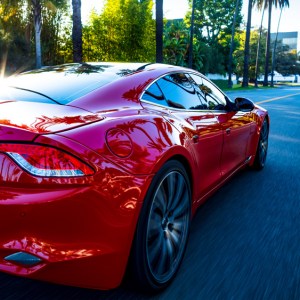 Lean, curvaceous, and low, the Karma Revero looks just as stunning as the start-up sedan that debuted in 2010. But the intervening years have seen a roller coaster of change, from the bankruptcy of Fisker—the original company behind the car—in 2013 to an infusion of cash from Chinese suitors to a phoenix-like rebirth.

Originally built in Finland, the new iteration is now manufactured in Moreno Valley, Calif., and reflects a dramatically updated take on the plug-in hybrid vehicle, despite its familiar sheet metal. “If it has a bolt, it’s old,” one Karma rep says of the updated four-seater, “and if it has an electrode, it’s new.” As such, the Revero’s plug-in hybrid power train is still motivated by electric motors, producing 403 hp and 981 ft lbs of torque. A 21.4 kWh lithium-ion battery is charged by a GM-sourced 2.0-liter four-cylinder engine. Also aiding the electricity-fueled proceedings are roof-mounted solar panels, which are now capable of adding an additional 3 miles of range (on a sunny day).

Climbing into the Revero, it becomes clear that the original model’s spatial limitations remain. Certain sacrifices were made in the name of sexiness (among them a surprisingly expansive footprint and diminutive interior volume). But don’t expect any apologies from Alexander Klatt, Karma’s vice president of global design and vehicle architecture. Originally the No. 3 employee at Fisker Automotive, Klatt worked with then-founder Henrik Fisker, who penned the exterior shape and tasked Klatt with designing the interior and the user interface. Klatt describes the process as “the best experience I had in my career as a designer,” adding that having a designer lead the company freed him from conventional carmaker concerns. “We knew our compromise was not on beauty or aesthetics; it was on other elements like trunk space or rear head clearance, where a sleek coupe look was more relevant.” This environment also enabled Klatt to introduce a new electronics interface that feels contemporary and slick, with well-executed graphics and a quick-reacting touchscreen.

While the Revero adheres to its originally unrelenting design proportions, the driving experience has been refined thanks to updated power-train and battery calibrations, suspension and steering tuning, and extensive sound deadening. With power routed through a single-speed transmission, the 5,400 lb Revero’s acceleration might not set the interstate ablaze, but it does feel sufficiently fleet once it builds momentum. Thanks to the low center of gravity—aided by floor-mounted batteries—the Revero manages its weight gracefully in the curves. And though it is not without its sonic faults—among them the drone of the four-cylinder engine and some high-frequency whines—the new package feels dramatically improved over its predecessor. The Revero may struggle against its exceptionally engineered plug-in-hybrid competitors, but the reborn sedan does excel in one indisputable area: style.