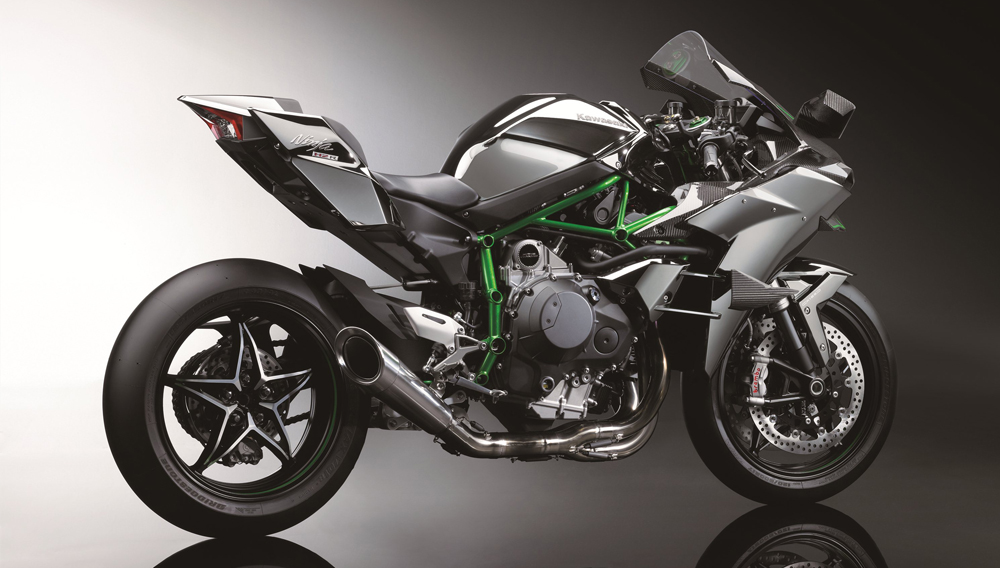 The Japanese motorcycle manufacturer Kawasaki recently introduced what it calls the most powerful closed-course production motorcycle ever created, the Kawasaki Ninja H2R. The new bike takes its name from the 1971 Kawasaki 750SS Mach IV, more commonly known as the H2, which by many accounts was the fastest motorcycle of its day. Continuing this tradition, the H2R will be equipped with an approximately 300 hp inline 4-cylinder supercharged engine, the most powerful on the market.

Much of the H2R’s impressive power output is thanks to Kawasaki’s new supercharger, which takes advantage of several of the Kawasaki Heavy Industries Group’s subsidiaries and their extensive experience creating gas turbine systems for power plants. The new bike features a trellis and faring that provide improved aerodynamics. Given its staggering performance numbers, the H2R will be a track-only model. However, Kawasaki has indicated that it will produce a street-legal version of the bike. (kawasaki.com)