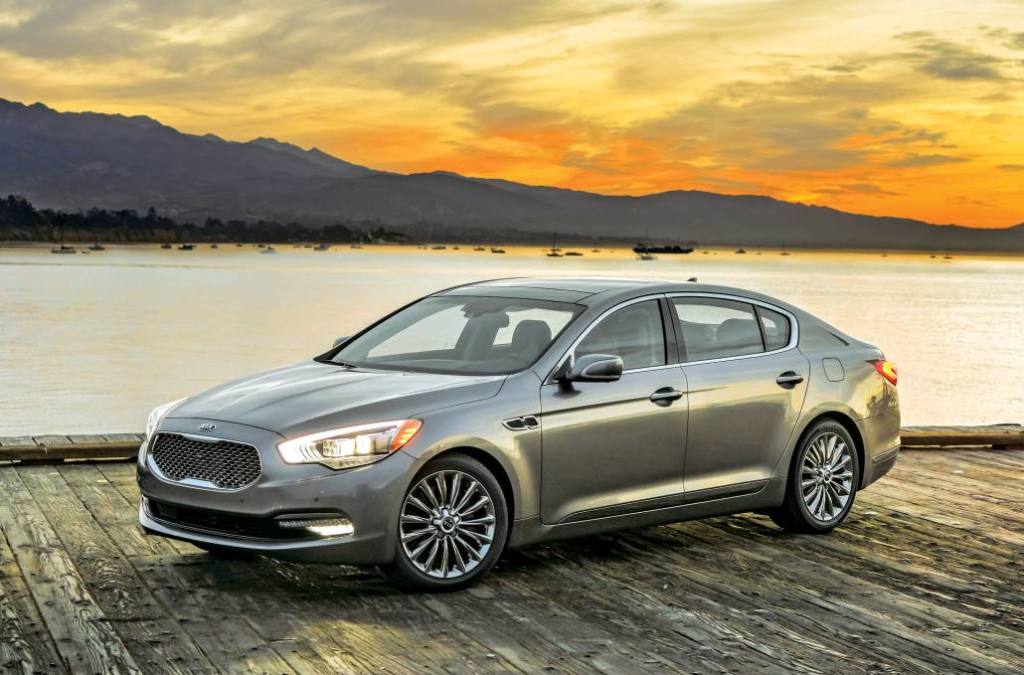 Is the K900 the new face of luxury? Kia, the Korean marque that has been selling modestly priced vehicles—compacts, midsize sedans, and compact SUVs—in the United States for the past 20 years, is presenting its new $59,500 flagship as an alternative to pricier European and Japanese offerings.

Notwithstanding the hood badge that looks like a rodeo cowboy’s belt buckle and bears the brand’s name, which roughly translates to “rising out of Asia,” the K900 is tastefully rendered under the direction of Kia design director Peter Schreyer, who worked for about 26 years at Audi before joining Kia in 2006. The K900 earns points for not being a shameless Mercedes-Benz imposter like its corporate cousin, the Hyundai Equus. (The Hyundai and Kia brands are both subsidiaries of the Hyundai Motor Group.)

The pearl-white K900 that Kia provided for a test-drive, equipped with the optional VIP package that boosts the car’s price to $65,500, appeared not a jot out of place in the Beverly Hills Neiman Marcus valet lot alongside a Lamborghini Aventador and two of the city’s ubiquitous Mercedes-Benz S550s. The Kia has all the credentials of a luxury sedan, and its exterior paint, interior upholstery, and fit and finish would be exemplary on a $100,000 automobile.

The 420 hp V-8 engine delivers torquey power to the rear wheels, and while the K900 cannot quite keep up with the 550-horsepower-plus sedans, its performance is more than adequate. The 8-speed, shift-by-wire automatic transmission is remapped through a choice of normal, sport, and eco driving modes.

In sport mode, the K900 enabled spirited driving along canyon routes near Los Angeles, though where the big Kia and other luxury sedans optimally ply their trade is on the freeway and about town, at speed or when stuck in rush-hour traffic. In these circumstances a tranquil interior with a full assortment of amenities comes into play. The relative quiet of the K900 cabin is excellent and contributed to a fatigue-free driving experience in the most onerous traffic conditions. The seats have heating and cooling features and are covered in perforated leather. Reclining rear seats and enough legroom for Lurch make the K900 ideal for chauffer-driven owners. For drivers, the center console presents a logical suite of controls and graphics that are tasteful—unlike those found in some luxury cars that evoke a video-game arcade. Safety features include first-class back-up and surround-view cameras, parking-sensor and blind-spot warning systems, and distance braking that is among the best in the K900’s class.

Although the K900 offers all the trappings of a world-class luxury car, badge-sensitive buyers may ignore it. But those who are more practical and open-minded will likely be impressed.