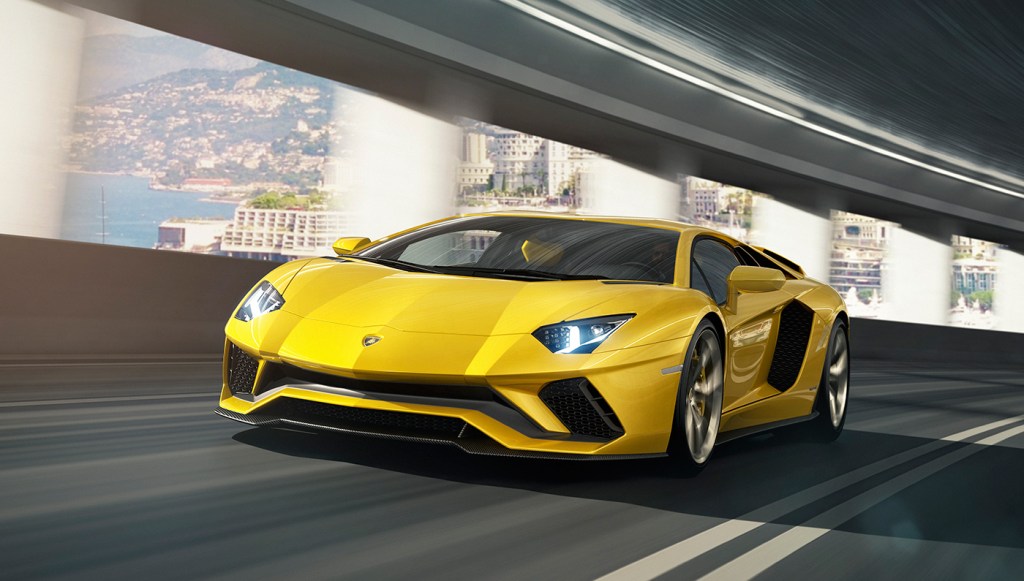 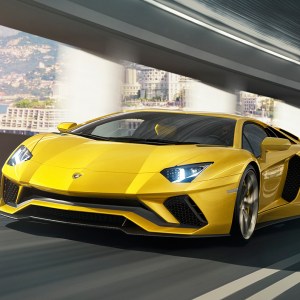 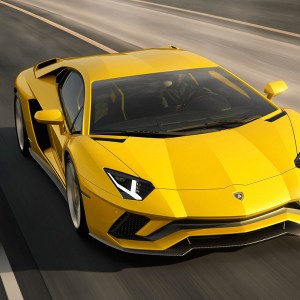 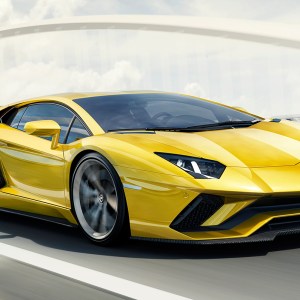 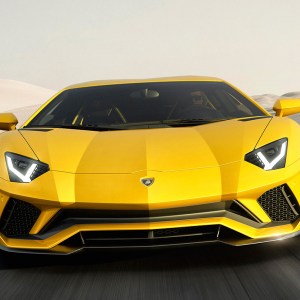 Not one to rest on its laurels, Lamborghini has let loose the Aventador S, another new variant announced by the marque after its reveal of the Huracán Rear-Wheel-Drive Spyder just last month. The four-wheel-drive dynamo takes its acclaimed predecessor’s power, performance, and design and puts it into overdrive with a bolstered body, enhanced engine, and souped-up suspension.

Harnessing an additional 40 horses, the 740 hp coupe carries a naturally aspirated 6.5-liter V-12 that turns out nearly 509 ft lbs of torque and now revs at up to 8,500 rpm. Tipping the scales at only 3,472 lbs, the raging bull’s weight-to-power ratio is about 4.7 lbs per hp, helping the lightweight to lunge from zero to 62 mph in 2.9 seconds while on its way to a top speed of 217 mph. Precision shifting is assured with the mated ISR 7-speed transmission capable of completing gear transitions in 50 milliseconds. Among the most impressive modifications made, however, have been those to the car’s already aggressive design. Retaining the same carbon-fiber monocoque and aluminum-frame construction, the body now benefits from a more angular nose and elongated front splitter that optimize airflow for decreased resistance and increased cooling capabilities for the engine and radiator. Positioned at the back is a large diffuser (available in carbon fiber) with vertical fins and an active rear wing that also accentuate aerodynamics. The combined stylistic adjustments, both functional and aesthetic, are responsible for more than a 130-percent increase in front downforce and a 400-percent boost to low drag performance (dependent on wing position).

On the handling front, the Aventador S boasts four-wheel steering—a component premiere for the marque’s series production models. The configuration pairs with the front and rear axle’s dynamic and rear-wheel steering, respectively, to offer higher responsiveness at low speed and better stability when charging ahead. In complement, the Lamborghini Dinamica Veicolo Attiva (LDVA) computes sensor-relayed real-time data to determine the ideal suspension characteristics at all times. Refining the ride are Pirelli P Zero tires (made specifically for the vehicle) and carbon ceramic brakes that bring it all to a stop in approximately 101 feet from a speed of 62 mph. The overall experience has also been expanded with the addition of a fourth driving mode, EGO, which enables greater customization in traction, suspension, and steering preferences. Also on board is a new digital dashboard as well as an AppleCarPlay entertainment system that can be activated and accessed by voice command. And for those who intend to spend time on a track, the optional telemetry package provides lap times and analysis.

Available at a starting price of $421,350 the Aventador S will begin to be delivered in the spring of 2017. (lamborghini.com)