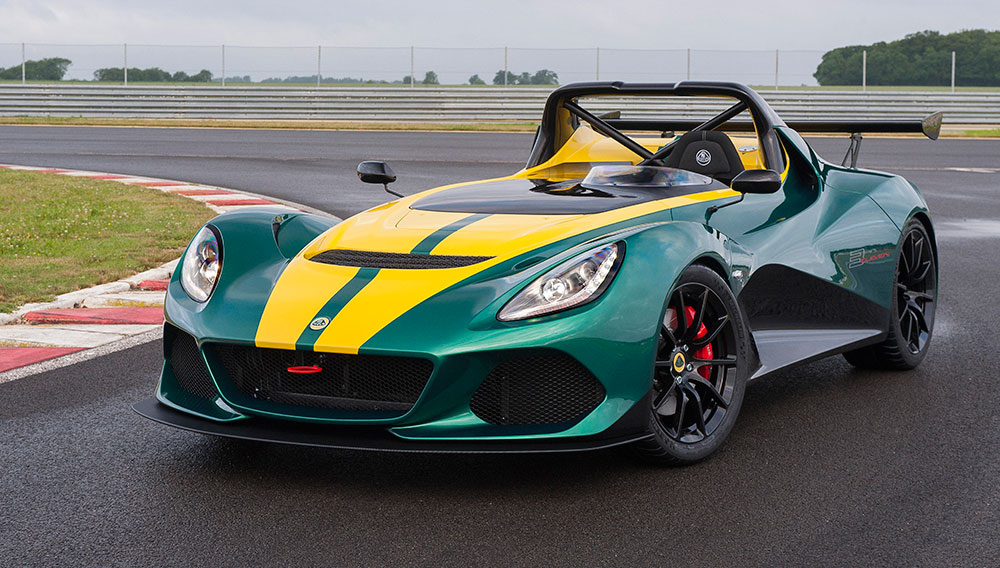 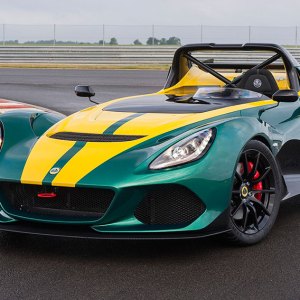 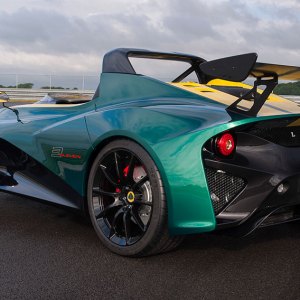 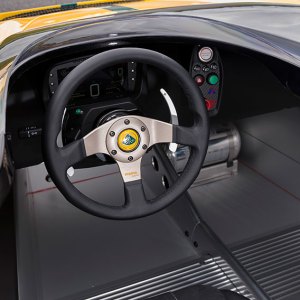 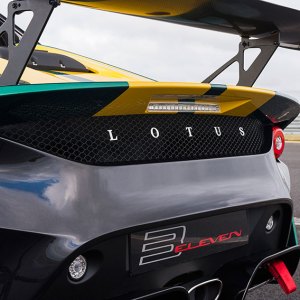 To emphasize that speed is the name of the game, Lotus recently unveiled its brand-new Lotus 3-Eleven at the 2015 Goodwood Festival of Speed in West Sussex, England. Available in both road and race versions, the approximately $106,500 racecar is the British marque’s quickest and most expensive production car yet. A revised V-6 supercharged engine—first seen in the Lotus Evora 400—powers the 450 hp 3-Eleven, which can achieve zero to 60 mph in less than 3 seconds, with a top speed of 180 mph for the road version. To achieve these speeds, the 3-Eleven is manufactured from extremely lightweight composite materials, making the vehicle’s body 40 percent lighter than the standard fiberglass equivalent. Aerodynamic details, such as dramatic side scallops and a streamlined roll-bar cover, assist in the top speeds.

Additional features include: an open cockpit that foregoes doors, a windscreen, and a roof in favor of a roll bar, which fully encloses the rear cage; an optional passenger seat on the road version; a quick-release steering wheel; and Lotus sport seats with either a four-point harness (road version) or six-point harness (race version). The race version also features a data-logger system, a fire extinguisher, and a battery kill switch.

Only the race version will be available in the United States, and Lotus CEO Jean-Marc Gales says the car is perfectly capable of “embarrassing far more expensive rivals.” The 3-Eleven, which can be ordered now, will be limited to just over 300 models in total, and production is scheduled to start in February 2016, with deliveries beginning in April. (lotuscars.com)