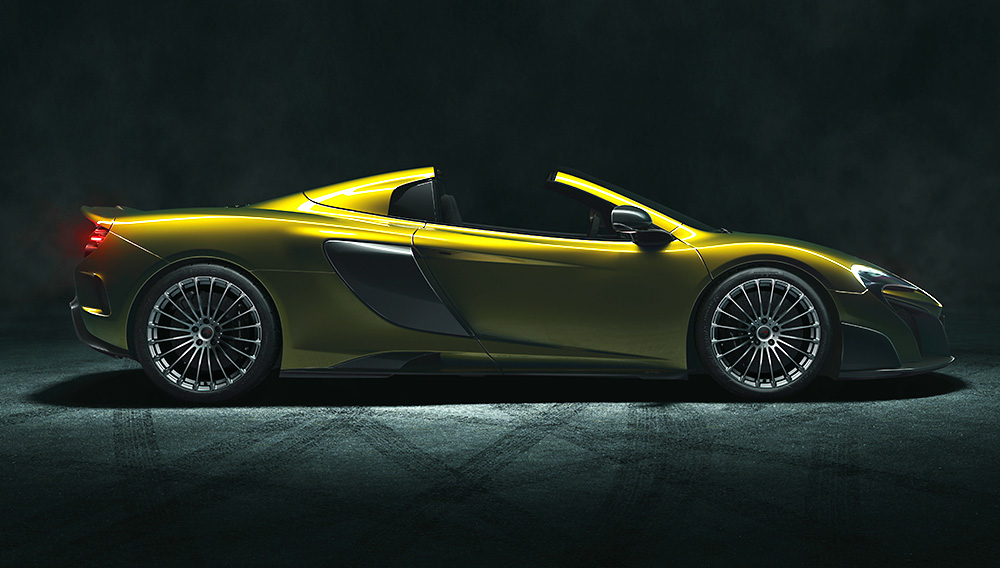 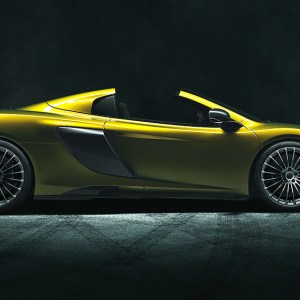 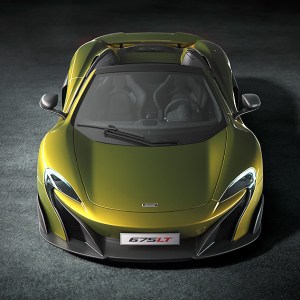 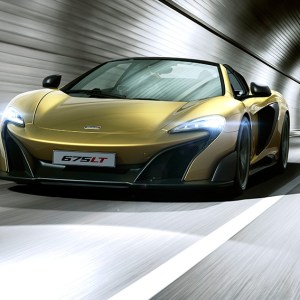 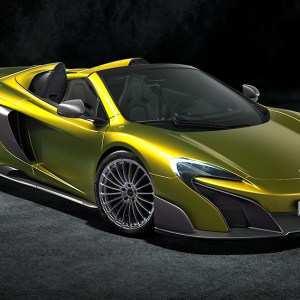 Debuted yesterday, the McLaren 675LT Spider is the fastest convertible that the British marque has ever made. The 666 hp demon possesses a revised 3.8-liter, twin-turbo V-8 engine (producing 516 ft lbs of torque) capable of launching the rocket-like roadster from zero to 62 mph in 2.9 seconds and fly to a top speed of 203 mph. Balancing the brawn is the brand’s own 7-speed sequential shift gearbox.

Based off of McLaren’s famed 1997 F1 GTR “Longtail” racecar (which finished second and third overall at that year’s 24 Hours of Le Mans) and the street-legal 675LT coupe (announced in March), the spider is ready to take on both road and track, topless. Complementing its carbon-fiber chassis is bodywork featuring much of the same material, resulting in a dry weight of only 2,800 pounds. Already 220-pounds lighter than McLaren’s 650S Spider, the 675LT version is only 88 pounds heavier than its coupe counterpart due to the three-piece, retractable hardtop roof (able to be operated at speeds of up to 19 mph). The featherweight fury also benefits from 10-spoke, 20-inch alloy wheels (19-inch in front) paired with Pirelli P Zero Trofeo R tires designed specifically for the 675LTs—the lightest wheel and tire combination from McLaren to date.

Aerodynamic aesthetics include front wing endplates and an extended front splitter to help create a downforce 40-percent greater than the open-air 650S. Airflow is also optimized by intakes in front of the rear wheels and at the side for consistent cooling, and by the “Longtail” Airbrake at the back for better handling—the latter enlarged by 50 percent over those found on other models in the McLaren Super Series line.

The refined racer’s interior is replete with Alcantara appointments and Xenon Yellow contrast stitching for distinctive detail. Carbon-fiber fixtures include shelled seats finished in embossed leather. And comfort in the cabin is controlled by a touchscreen display that also manages the four-speaker Meridian sound system.

Hoping to drive the same clamor as the coupe (which sold out before its first deliveries), McLaren will be making only 500 examples of the 675LT Spider, available at a starting price of $372,600. (cars.mclaren.com)