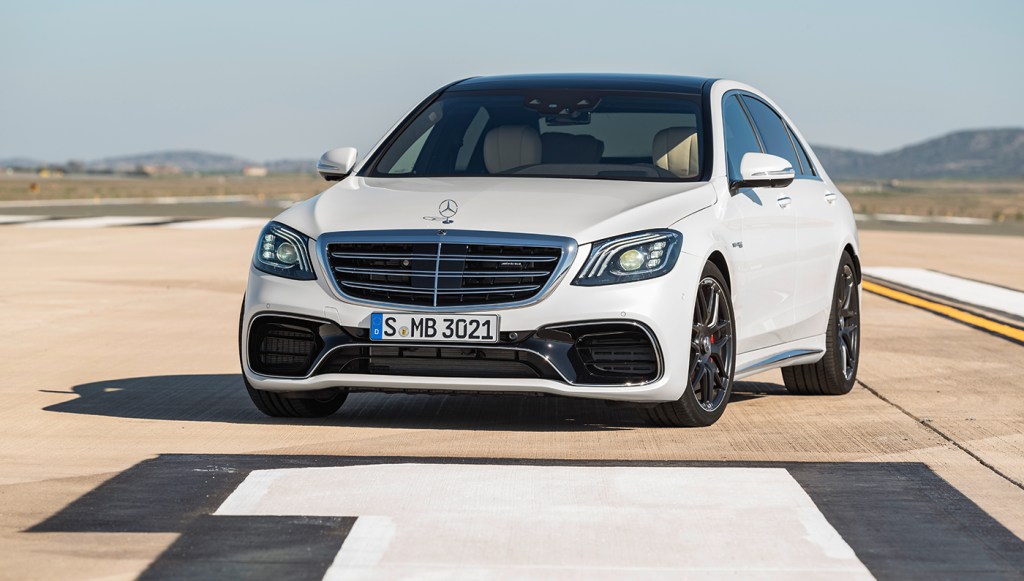 An updated version of the Mercedes-Benz S-Class sedan debuts this week at Auto Shanghai (April 21 through 28), one of the most influential auto shows in Asia and across the globe. We got a sneak peek at the new S-Class in New York, ahead of its official debut, and the most noticeable changes are on the inside, where the S-Class gets an interior redesign similar to that of the latest-generation E-Class.

The focal point is two high-definition, widescreen displays stretched across the instrument panel, which can be controlled by familiar knobs and buttons or via two new touch pads on the steering wheel. Thoughtful details abound in the cabin, such as “placed perforations,” which means the holes in the leather never overlap with the stitching. Drivers and passengers can choose from several new wellness-oriented programs with names such as “Vitality” and “Comfort,” which activate the massaging seats, climate control, and music to set a particular mood.

The range of S-Class engines has also been updated with cylinder deactivation for better fuel economy and includes a 463 hp, 4-liter biturbo V-8 that will power the S560 and Mercedes-Maybach S560 4Matic. The Mercedes-AMG S63 gets a 603 hp biturbo V-8, while the S65 gets a 621 hp V-12.

Exterior changes are subtle; in addition to new headlights and a redesigned front bumper, all models now wear the same front grille previously used on the V-12–powered Mercedes-AMG S65. In the rear, there are new LED tail lights and a reshaped rear bumper with integrated, chromed tailpipes.

The new S-Class also boasts improved autonomous driving technology. According to an engineer at Mercedes’ Research and Development division, the S-Class now uses mapping data, in addition to cameras and sensors, to help predict the car’s path. The result is more accurate and reliable autonomous steering. (By comparison, the system employed in the current E-Class sedan uses only cameras and sensors to control the steering in real time.) The system will also automatically adjust to the optimal speed needed when taking a curve, as long as the navigation system is in use. The new Mercedes-Benz S-Class is expected to arrive in the United States this fall. (mbusa.com)