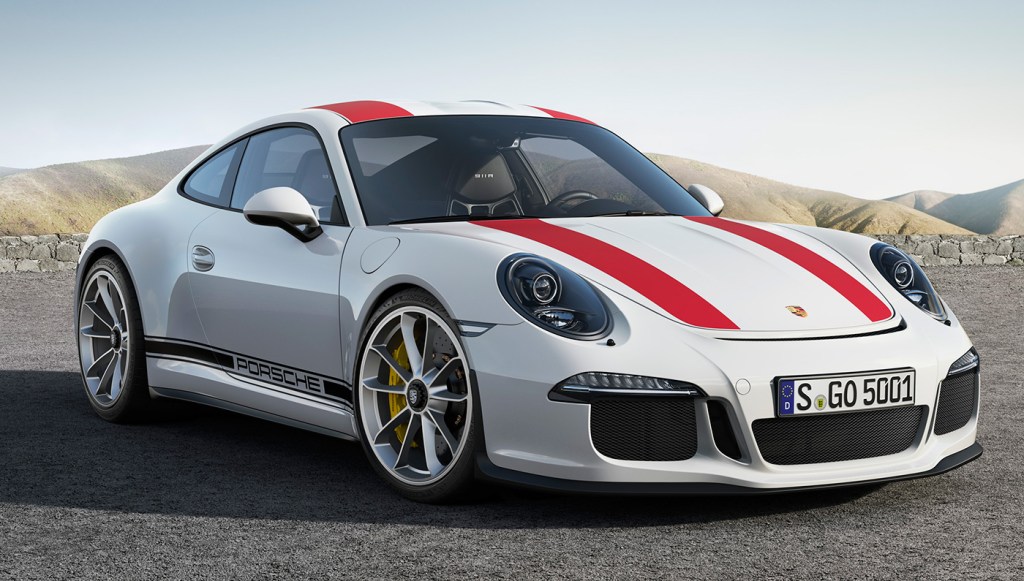 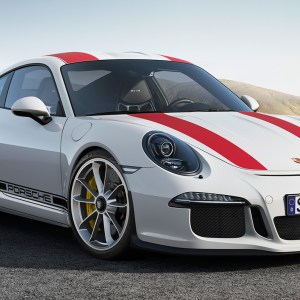 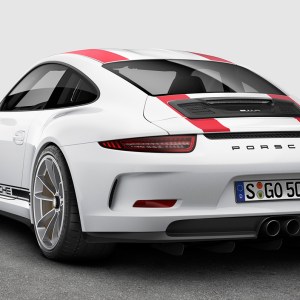 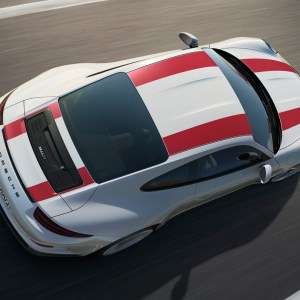 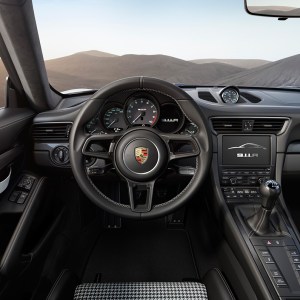 Drivers passionate about power and performance will lust after the limited-edition Porsche 911 R. The lightest version of the line in production, the 3,020-pound coupe carries design DNA from the marque’s 1967 homologation racer paired with today’s cutting-edge componentry.

Responsible for the weight reduction is the same chassis as the competition-focused 911 GT3, as well as Carrera-like bodywork that capitalizes on carbon fiber for the hood and wings, and magnesium for the roof. Aerodynamic elements include a retractable rear spoiler (as opposed to the GT3’s fixed wing), a rear underbody diffuser, and a redesigned front spoiler lip. Also distinctive is the titanium sports exhaust system that sits as a centerpiece at the back. The stance is made striking by ultra-high-performance tires riding on 20-inch featherweight wheels. And to elevate the overall appearance even further, an optional lift system (push-button activated) will increase ground clearance at the front by over an inch.

As the R stands for “racing,” the new 911 variant packs a naturally aspirated 6-cylinder flat engine boasting 500 hp and 339 ft lbs of torque. Utilizing a 6-speed sports transmission, the car covers zero to 60 mph in 3.7 seconds and tops out at 200 mph. To ensure responsive handling and precision shifting, the vehicle takes advantage of a customized version of the Porsche Stability Management (PSM) system and a double-clutch feature (also push-button activated), respectively. Performance carries over into fuel consumption as the power train drains an average of only 3.5 gallons per 62 miles with carbon-dioxide emissions of about 17.4 ounces per mile.

Within the cabin, the driver is enveloped by a carbon-fiber full bucket seat fronted by a race-specific GT sport steering wheel. The interior trim presents carbon accents and aluminum badging along with a Pepita tartan fabric treatment that references predecessors from the Sixties.