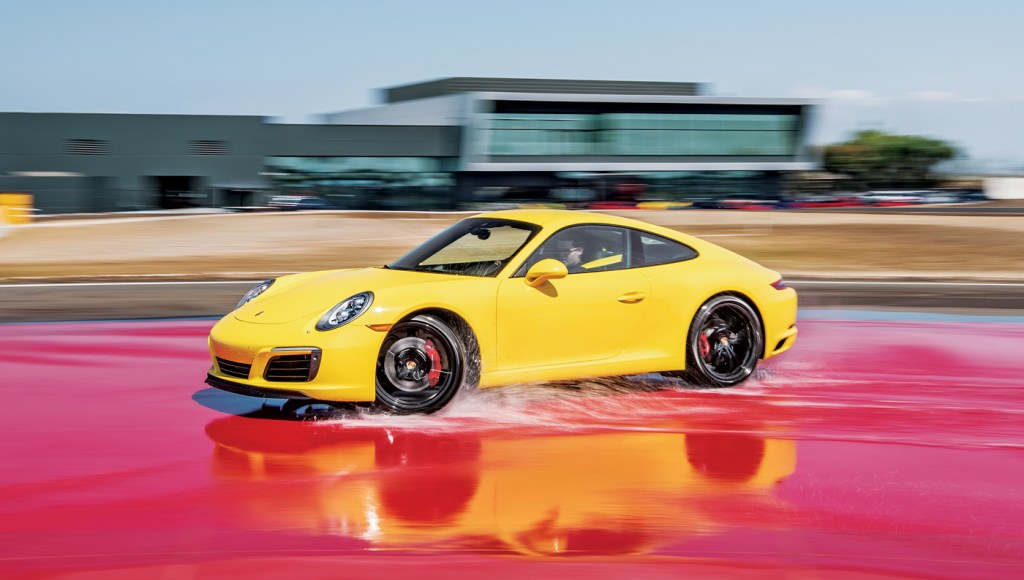 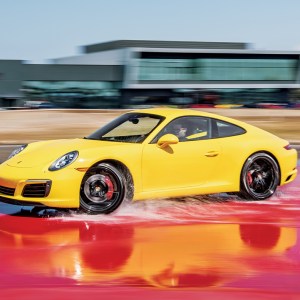 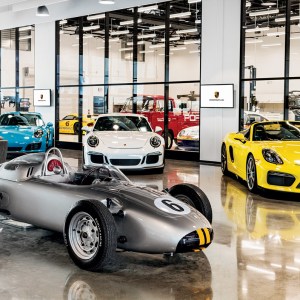 Alongside Interstate 405 near the gravel piles of Southern California’s industrial South Bay sits the new Porsche Experience Center Los Angeles (porschedriving.com). It’s a 53-acre playground for auto enthusiasts, beckoning those who crawl by on the freeway with its modern glass structure and oasis of green lawns ribboned with fresh asphalt.

The building contains an event space and meeting facilities that are available for rent, and two restaurants that are open to the public: the Speedster Café and the more formal 917 Restaurant, named after the first Porsche racecar to earn an overall win at the 24 Hours of Le Mans. The center is also the new headquarters of Porsche Motorsports North America, which offers technical support to the non-factory U.S. and Canadian Porsche racing teams. And owners of classic racecars can have their vehicles restored at the center. As with the Porsche Experience Center that opened in Atlanta 2 years ago, the most alluring element of the West Coast facility is the web of test tracks, which include off-road courses and high-speed straightaways that allow you to push a Porsche in ways that would likely lead to disaster elsewhere in Los Angeles. Driving instruction is offered in 90-minute sessions that range in price from $385 for time behind the wheel of a 718 Boxster or Cayman to $950 for a comparison test between the 911 Turbo and 911 GT3.

The instructors, many of whom are current or former racecar drivers, will have you drifting across wet skid pads and counter-steering around obstacles in a matter of minutes. In an acceleration exercise, you can line up a 911 Carrera at the beginning of a long straightaway, rev up the engine with your left foot on the brake, and let her rip into launch control, reaching speeds of 115 mph or faster before braking hard into a banked carousel modeled after the one at the Nürburgring racetrack.

You can string all your skills together on the 1.3-mile handling course (Porsche is careful not to call it a racetrack), which is filled with challenging turns across changing elevation. Or you can head to the off-road courses and pilot a Cayenne over dirt, mud, and rocks—a rare opportunity for most Porsche drivers in L.A., unless you count curb-jumping in a Whole Foods parking lot.