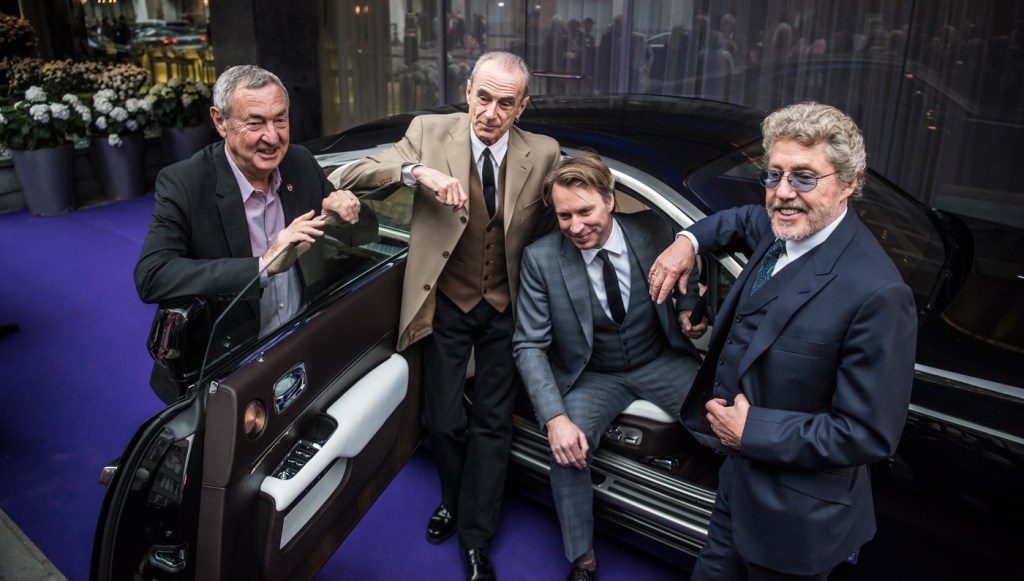 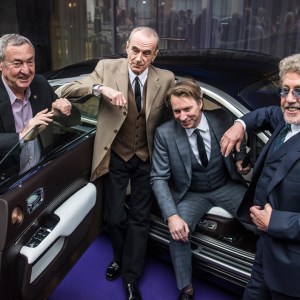 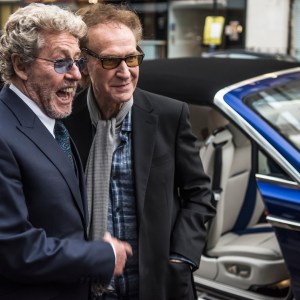 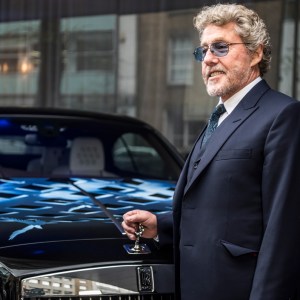 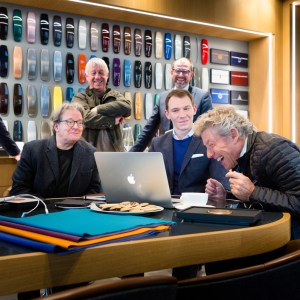 When craftsmen of classic rock and Rolls-Royce band together, the result is a syncopated aesthetic of refinement and rebellion, as evidenced by Wraith “Inspired by British Music”—the marque’s new series of nine one-off examples. Those that provided both their names and creative talents to the cars include Roger Daltrey of the Who, Sir Ray Davies of the Kinks, Ronnie Wood of Faces and the Rolling Stones, Francis Rossi of Status Quo, vocalist Dame Shirley Bassey, and songwriter and producer Giles Martin. The initial four vehicles debuted at London’s Sanderson Hotel, on March 29, and were created in collaboration with Daltrey, Davies, and Martin. A portion of the sale amount from each car will go to a charity of the respective artist’s choice.

Although the Who was renowned for its anti-establishment anthems, its lead singer chose two of the marque’s iconic symbols of luxury as his canvas to pay tribute to the group’s Hall of Fame history. One of his Wraiths features the band’s bullseye logo on the dashboard clock and backseat “waterfall” section, and copper door flights engraved with lyrics from the songs “Join Together” and “I Can See for Miles.” Headrests bare Daltrey’s embroidered signature on the front and, on the back, a depiction of the infamous moment that the late Keith Moon’s drum set exploded on television in 1967 (not the cause of the drummer’s demise).

Daltrey’s second selection draws its theme from the group’s 1969 rock opera Tommy and showcases the work of the album’s cover artist Mike McInnerney. His original abstract piece, a latticework of cloud-specked sky woven over a black background, is replicated on the Wraith’s hood. In addition, the coachline is graced by the images of flying birds similar to those found on the album’s sleeve. Inside, the center of the backseat area is adorned with the embroidered design of a pinball machine in reference to the song “Pinball Wizard.” And the door flights are festooned with lyrics from “Tommy Can You Hear Me?” and “See Me, Feel Me.” Some of the sale price for both vehicles will go to a cause close to Daltrey, the Teenage Cancer Trust.

More than a well-respected man musically, Sir Ray Davies kicked up quite a sonic stir with his band the Kinks and continues to inspire fans with solo compositions that often mix sardonic humor and insightful sensibilities. His Wraith reflects the artistic license that made the group great and features lyrics to “Shangi-la” and “Driven” on the door flights (etched in Davies’ own handwriting) and ones from “Sunny Afternoon” detailing the doors’ integrated umbrellas. More customized callouts include the Kinks’ lettered logo embroidered on the backseat and Davies’ autograph stitched on the headrests.

Rounding out the bespoke quartet of cars that premiered was an automotive homage to the man behind the Beatles, Sir George Martin. His son, Giles, helped design a Wraith that incorporates the 30 hit singles his late father was responsible for. These appears as a list embroidered at the back of the cabin’s interior. Further flourishes include the senior Martin’s signature on the headrests and, on the door flights, engraved lyrics from the Fab Four’s song “Yesterday” and Martin’s insightful saying, “The recording is not what one hears, but what one must make others hear.”

Constructed under the guidance of Rolls-Royce’s design director Giles Taylor and designer Matthew Danton, the cars contain common elements that include the artist’s name on the tread-plates and on the base of the hood’s Spirit of Ecstasy ornament, as well as the Union Jack emblem on the C-pillars. But even without the affiliation with monumental musicians, these Wraiths are impressive performers. Each elegant coupe carries a 623 hp, 6.6-liter twin-turbo V-12 (with 590 ft lbs of torque), the most powerful engine found in any of the marque’s models, and an 8-speed automatic transmission. The power train propels the car from zero to 60 mph in 4.4 seconds and allows it to cruise at up to 155 mph.

The remaining right-hand-drive examples from the Wraith “Inspired by British Music” collection will become available in the ensuing months and will be sold only in the United Kingdom. But while the starting price for a standard Wraith begins at about $315,000, these unique instruments for philanthropy should strike a much higher monetary note. (rolls-roycemotorcars.com)