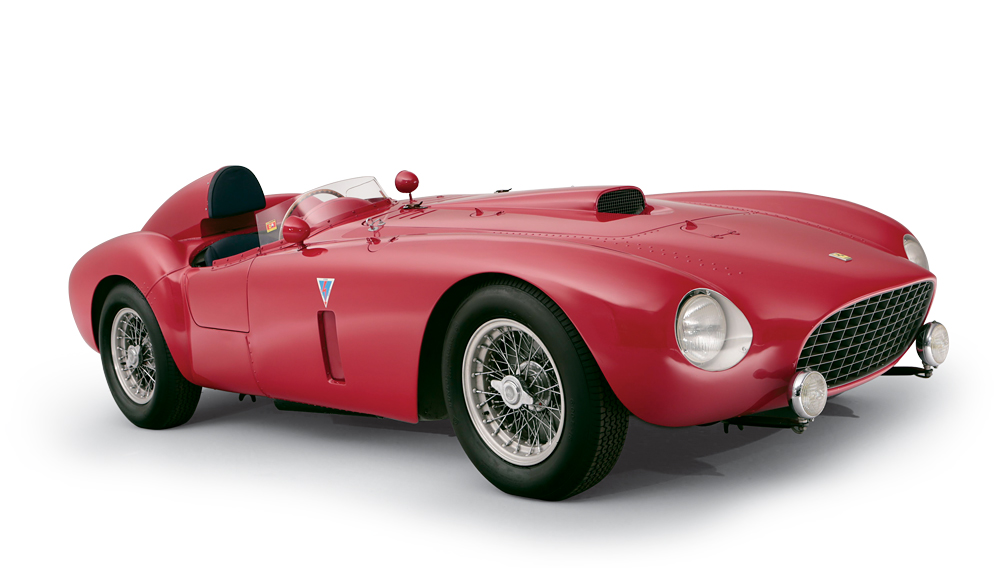 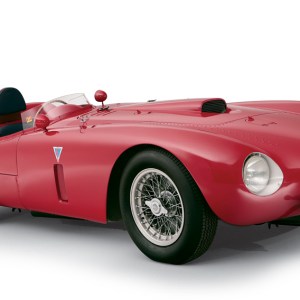 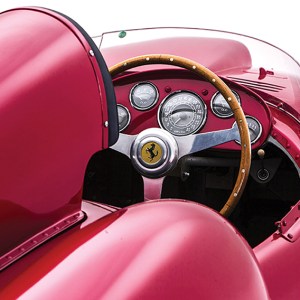 From the outset, Enzo Ferrari committed his racing team, Scuderia Ferrari, to success on the track. Following a victorious 1953 campaign—which resulted in a World Sportscar Championship—Ferrari set his sights on another world title and commissioned engine designer Aurelio Lampredi and Italian coachbuilder Pinin Farina to design a new V-12-powered spider. The resulting racecar, known as the 375 Plus, led Scuderia Ferrari to victories at Le Mans, Silverstone, and the five-day Carrera Panamericana road race through Mexico.

Despite the car’s continued racing success, only four competition chassis were built, along with one road-going cabriolet commissioned by the king of Belgium. Of the four competition Ferrari 375 Plus racecars, only three still exist, one of which will be sold through Bonhams in June.

“We’re starting with one of the most powerful Ferraris that the works team ever built,” Philip Kantor, head of Bonhams’ European motorcars department, says of the rare Ferrari that will cross the block in June. “It was Ferrari’s top weapon for 1954 sports racing, entered in the top events with the best drivers.”

This 375 Plus (chassis no. 0384AM) was piloted by Umberto Maglioli in the 1954 Mille Miglia and was codriven by Maglioli and Paolo Marzotto at Le Mans four months later. Also, Argentine racing legend Froilan Gonzalez took the checkered flag at Silverstone while behind the wheel of this car.

Following its racing career with Scuderia Ferrari, the car changed ownership a few times, but along the way it returned to Modena for a complete restoration. According to Kantor, that also contributes to the value of the car. “This is a very important Italian works racing Ferrari,” he says, “and I think it’s important to have it restored by the same school of people who originally built the car.”

This 1954 Ferrari 375 Plus will headline Bonhams’ Goodwood Festival of Speed Sale on June 27 at the Goodwood Estate in West Sussex, England. While it’s impossible to predict the future, it seems safe to say that the car will be the auction’s top lot. What’s more, the car will be sold with no reserve, which guarantees that it will change ownership come the beginning of the summer.

“Don’t try to buy it after the sale, because it won’t be available—that’s the message that’s getting across to the world,” says Kantor. “This is probably not going to come up for sale again for many, many years, which means the bidding could be pretty fierce and competitive. It could sell for anywhere between $15 million and $20 million.”