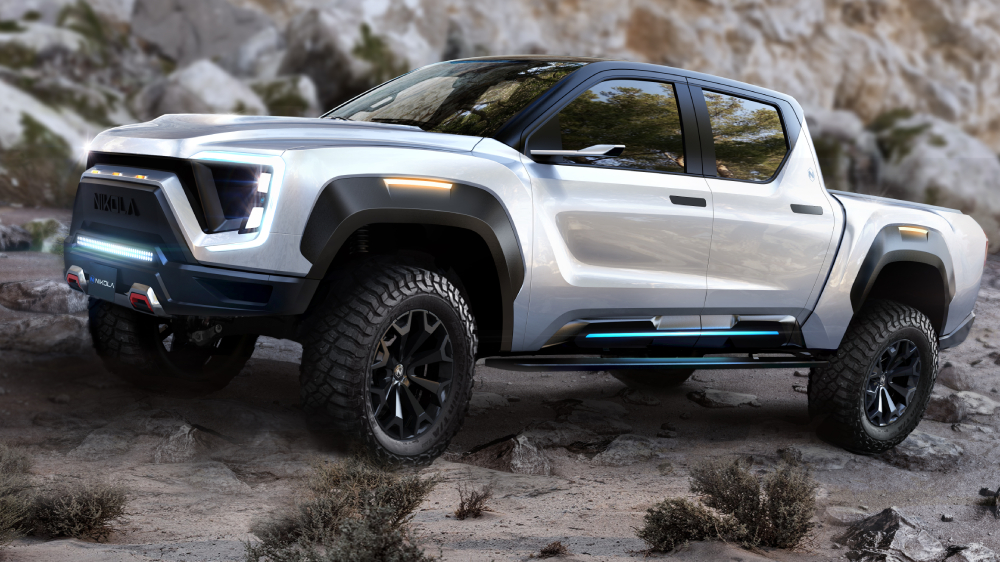 If the stock market wasn’t proof enough, the electric car market is most definitely heating up. The category has so much momentum, in fact, that even legacy automakers that may have scoffed at non-gas-powered vehicles in the recent past are diving in. The latest example? General Motors has just acquired a $2 billion stake in electric truck startup, Nikola.

The equity stake represents 11 percent of the burgeoning company and the beginnings of a strategic partnership between both parties. In exchange for its stock, Nikola will have access to GM’s safety-tested and validated parts and components. The heritage car manufacturer will also engineer, homologate, validate and manufacture the Nikola Badger battery—both electric and fuel cell versions.

“General Motors is one of the top engineering and manufacturing companies in the world,” Nikola founder and executive chairman, Trevor Milton, said in a press release. “You couldn’t dream of a better partnership than this.”

Possibly the most talked-about EV startup since Tesla, Nikola has set itself apart by focusing its efforts on electric trucks and offering the often-hyped but little-implemented hydrogen-electric powertrains in addition to the more conventional battery-electric designs. The former is where GM’s resources are particularly helpful in development.

“By joining together, we get access to their validated parts for all of our programs, General Motors’s Ultium battery technology and a multi-billion dollar fuel cell program ready for production,” Milton continued in his statement. “Nikola immediately gets decades of supplier and manufacturing knowledge, validated and tested production-ready EV propulsion, world-class engineering and investor confidence. Most importantly, General Motors has a vested interest to see Nikola succeed.”

Nikola has multiple semi-truck models in the works and this is just one sector where GM sees high potential for growth with little by way of competition as things currently stand. The company believes fuel cells will become increasingly important to the semi-truck market because they are more efficient than either gas or diesel, and the class of vehicles remains critical for the shipping of nearly everything from food to other cars. However, the first thing on the agenda is Nikola’s Badger, a pickup truck announced in February of this year and set to make its debut in December. To celebrate the team up with GM, pre-orders of the forthcoming truck are only $100. Head to the marque’s website to reserve yours.