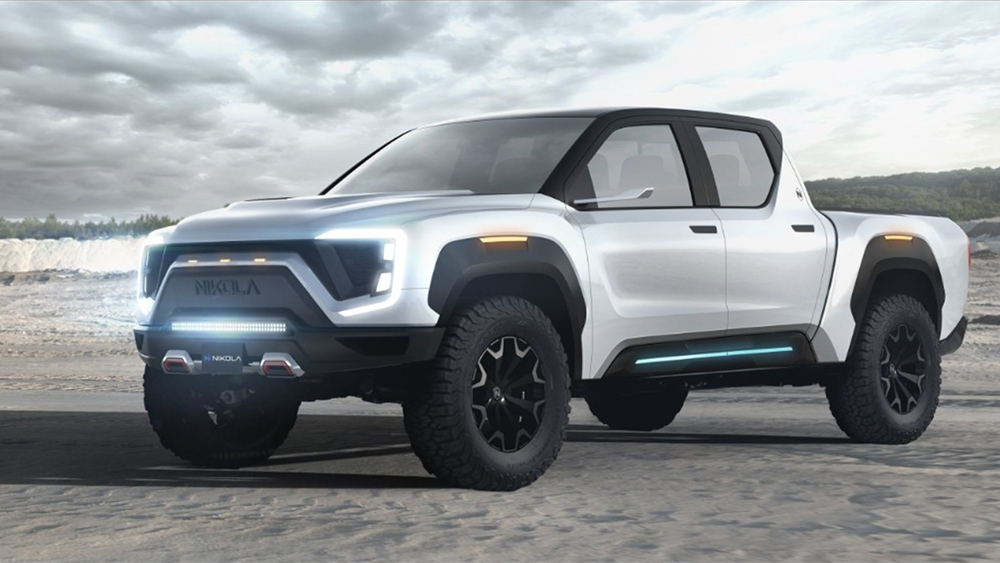 Best known for its zero emissions semi-trucks, Nikola is ready to start going after consumer drivers. The company has announced that its first everyday electric pickup, the Badger, will be available for pre-order later this month.

Over the weekend, CEO Trevor Milton tweeted that potential customers will be able to reserve its latest, and most exciting, vehicle on June 29. But the latest addition to the growing all-electric truck market has something that sets it apart from the pack—it’ll be available with either a battery-electric or hydrogen fuel-cell hybrid powertrain.

Whichever version of the Badger you choose, the pickup will have some pretty hefty performance specs based on what the company has already revealed. When the truck was first announced, Nikola promised the five-seater would be able to churn out 900 horse, 980 lb-ft of twist and be able to tow a staggering 8,000 pounds. The company has also suggested it will accelerate from a standstill to 60 mph in just 2.9 seconds.

Additionally, Milton revealed that the company will announce its upcoming annual Nikola World event—which he has dubbed “Badger World”—the same day that pre-orders go live. While that may not sound like a big deal to some, the CEO promised that the truck would make its official public debut at this year’s extravaganza. And in what appears to be a shot at unnamed competitors, he wrote, “You’ll get to see a real operating truck, not a fake show truck. Expect stamped metal panels, functioning interior w/ hvac, 4×4, etc.”

Pricing has yet to be announced for the Badger, but we expect to find out more soon. In the meantime, if you want to pre-order either version of the pickup, you’ll be able to do so through the company’s website starting June 29. Those who do put down a reservation will also have first dibs on tickets to the public debut.