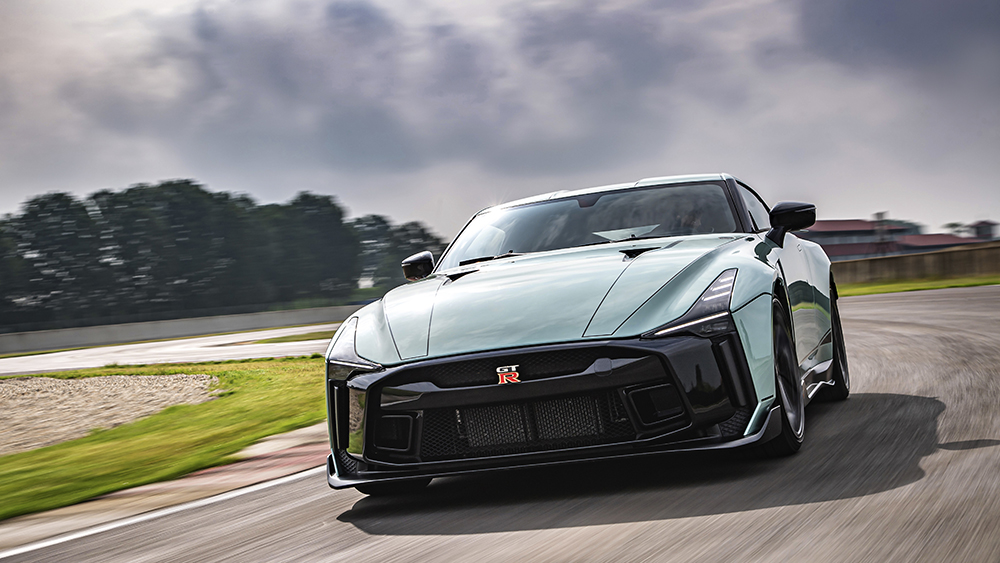 After months of anticipation and delays, Nissan and Italdesign’s GT-R50 has finally made its public debut. And while it remains to be seen whether the car can live up to its $1.1 million price tag, it certainly looks stunning.

First announced as a prototype in the fall of 2018, the limited-edition GT-R was supposed to be unveiled at the Geneva Motor Show in March, before the annual event was canceled because of the coronavirus outbreak. But the two companies finally showed off the finished version of the vehicle on Wednesday, and it was definitely worth the wait.

Conceived to celebrate the 50th anniversary of the GT-R (2019) and Italdesign (2018), the production GT-R50 looks almost identical to the concept that was first shown off nearly two years ago. The renowned design and engineering house took an elongated version of the present-day GT-R and gave it a sleek Italian makeover. But the exclusive variant looks more elegant, especially since the prototype’s eye-catching Energetic Sigma Gold accents have been done over in gloss black, giving the car a decidedly more sinister appearance.

As head-turning as the sports car’s design may be, the visuals alone are not quite enough to justify its sky-high price tag. But when you consider the car’s hardware, it all starts to make sense. The model is powered by a hand-built 3.8-liter twin-turbo V that’s been specially tuned to produce a jaw-dropping 710 horsepower and 575 lb-ft of twist. That’s 110 more horses than the 600 produced by the meat-and-potatoes GT-R from Nismo (Nissan’s in-house tuning, motorsports and performance division). The brands haven’t released final speed figures for the car, but we’d be willing to wager its plenty fast.

Nissan and Italdesign’s GT-R50 will be limited to just 50 examples. The version showcased on Wednesday is the first to roll off the production line. Deliveries are expected to begin later this year and continue into the first part of next year. The company has yet to sell out of the full run, so you can contact Nissan if you have a spare $1.1 million you’re willing to part with.