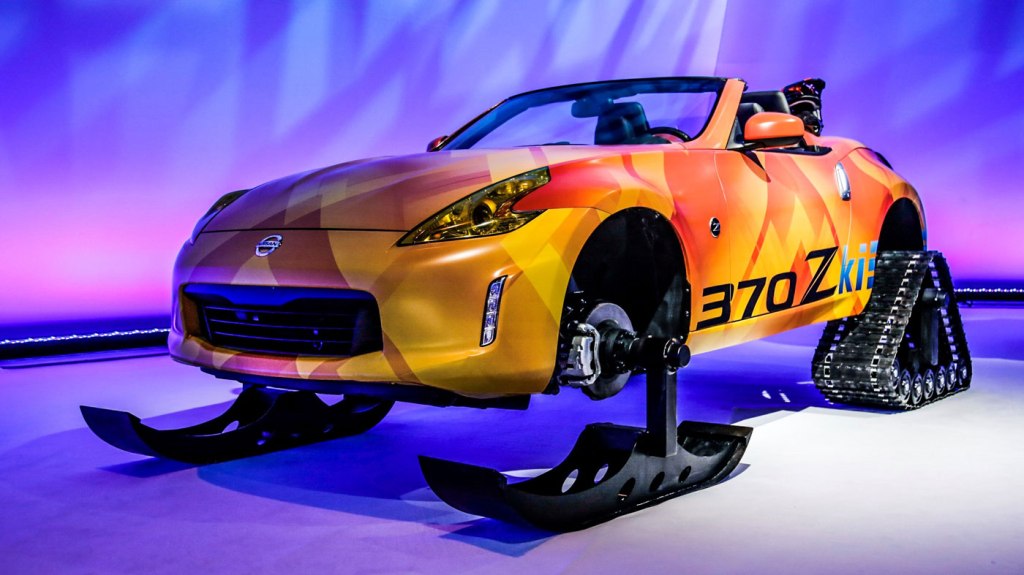 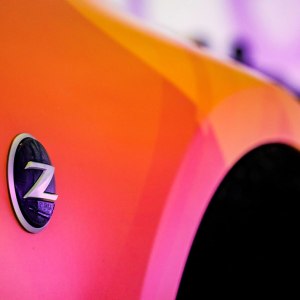 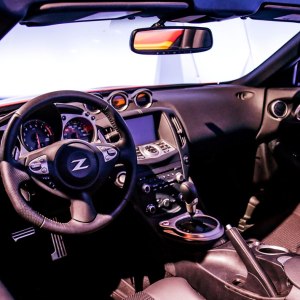 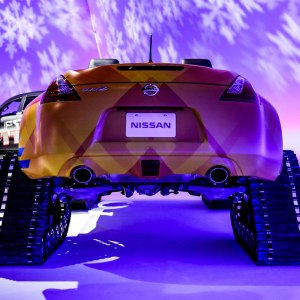 During his annual size-up of the season, weather-guessing groundhog Punxsutawney Phil saw his shadow this year, which seems to mean we get another six weeks of winter. But don’t let that news get you down if you’ve been waiting feverishly for spring sunshine and open-top motoring. The Nissan 370Zki—recently debuted at the Chicago Auto Show—may just cure any winter woes.

What appears to be the aftermath of a snowmobile cross-pollinating with a 370Z Roadster, the concept is a conversion which took about ten weeks to complete by Westside Group, an automotive fabrication shop near Los Angeles, before it was ready for testing in Jackson Hole, Wyo.

“We started this project around Thanksgiving,” says project manager Kyle Torrens of Nissan North America. “Through the process, tracks were added in the rear, and skis in the front. There are spacers all around, so it’s a three-inch body lift on the car. Other than that, stock engine, stock transmission, and stock drivetrain.” With 332 horsepower firing off the 3.7-liter V-6, power loss from the tracks’ extra unsprung weight isn’t much of an issue, according to Torrens. “”The only time you really feel a loss of power has nothing to do with the car—it depends on the surface,” he says. “When you’re driving, it obviously feels like a roadster. “It’s got the power, it’s got the turning radius. You really forget you’re on snow tracks.”

Converting passenger vehicles into snowmobiles is nothing new. More than 100 years ago, Snowflyer Ford Model Ts were commonly used for rural mail delivery. The Nissan 370Zki, however, takes the car-snowmobile idea and enhances it with a sultry body and droptop swagger.

Although the 370Zki is a one-off, this concept can be replicated relatively easily. Simply pick up a set of tracks and skis from American Track Truck, ring a decent conversion shop, and make your own version of the vehicle. That would certainly keep jaws dropping in Jackson until summer.