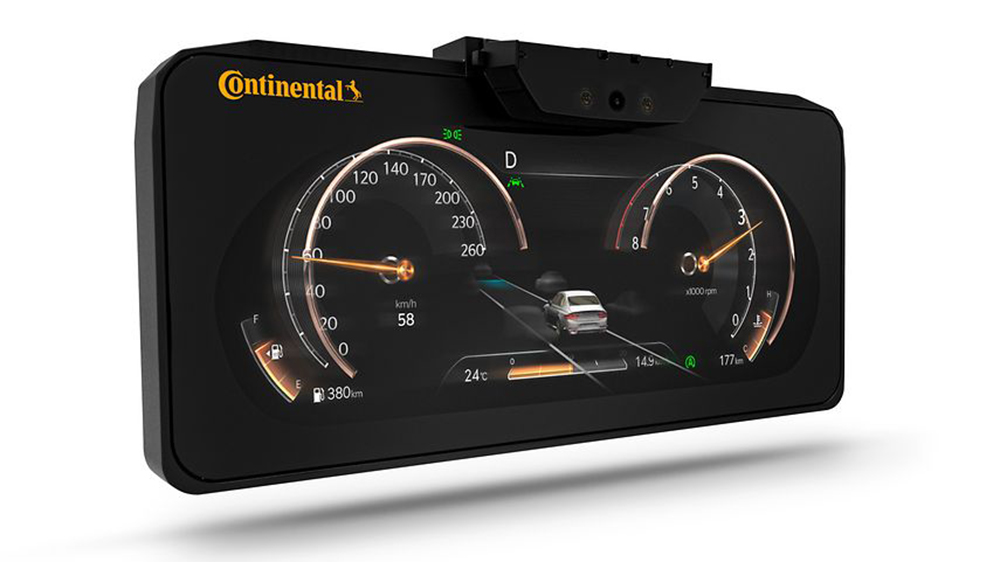 Genesis is going 3-D. No, the marque hasn’t suddenly embraced 3-D-printing technology like some other automakers we know. Rather, the marque’s very first SUV, the GV80, will feature a first-of-its-kind 3-D display cluster.

When it launches later this summer, the top-of-the-line version of the GV80 will come with Continental’s new “auto-stereoscopic” 3-D display technology. No glasses are required, either, as the display instead uses an interior camera and parallax barriers to project 3-dimensional info to drivers.

The German-based auto supply company’s system uses its camera to track the driver’s eyes and line of sight, and then the barriers—a set of slanted slats—project slightly offset images to each eye, according to a press release. The different images combine to create a stereoscopic 3-D image where aspects rise and sink as needed.

If this all sounds a bit distracting, Continental says it won’t be. In fact, the company believes its tech will actually make driving safer. As cars have grown more complex, there’s also been an increase in the information and alerts demanding drivers’ attention. The company believes that the 3-D display will reduce the noise by only highlighting what the driver needs to know at any given moment. Attention detection is also built into the display to combat distraction and fatigue, while also making sure you never get overloaded.

“With our volume-production display featuring auto-stereoscopic 3-D technology, we are raising human-machine interaction to a whole new level and laying the foundations for intuitive communication in the connected cockpit of tomorrow,” said the company’s Human Machine Interface unit head, Dr. Frank Rabe.

The GV80’s display cluster is just the start of Continental’s 3-D efforts. The company said it is also working on adding gesture controls to the tech, so that drivers could select the info that is being displayed. Continental is also working on a backseat 3-D video entertainment display that would make use of special backlighting developed by Leia. The company also announced at CES that it’s working on a 3-D audio system with Sennheiser, which would turn your car’s interior into one giant speaker.