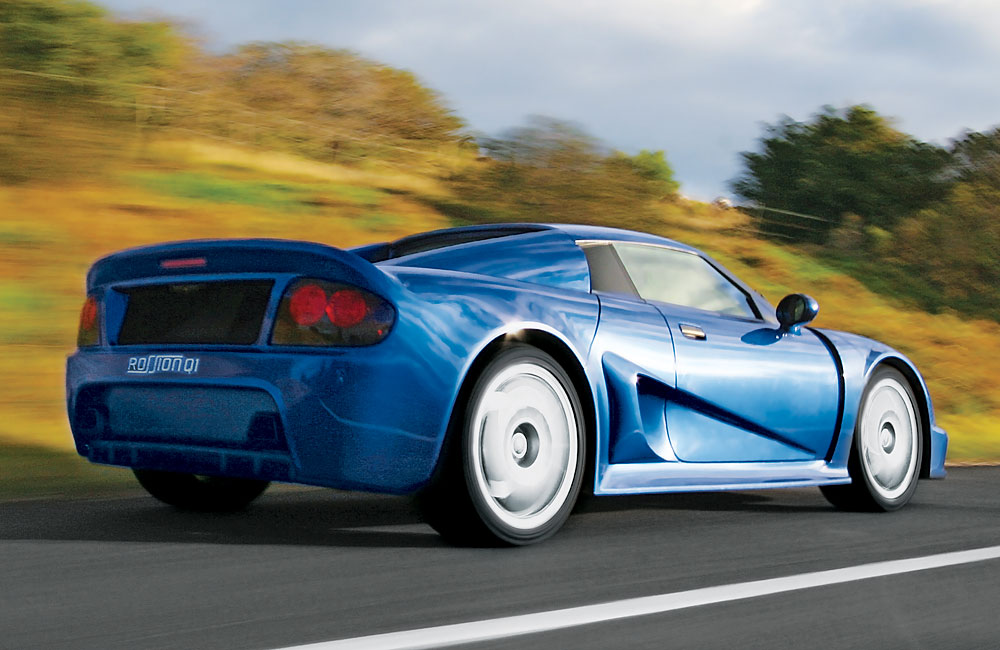 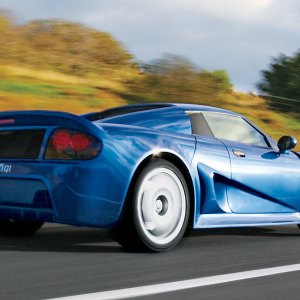 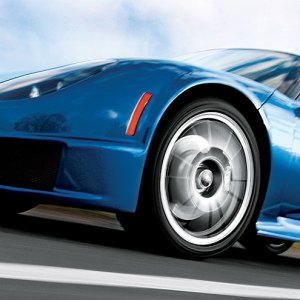 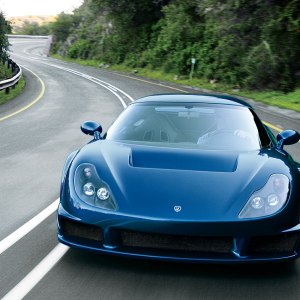 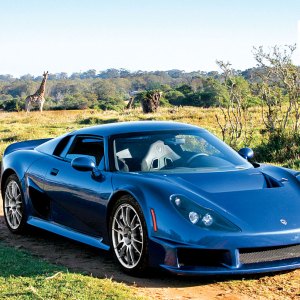 The king of the re-creators is Superformance, which works with Hi-Tech Automotive, the factory that assembles those Hummers and produces those BMWs in Port Elizabeth. In the last dozen years, Superformance has built more Shelby Cobra roadsters and coupes than Carroll Shelby ever did. (Shelby, it should be noted, licenses these reproductions of his firstborn.)

In February 2007, two Cincinnati entrepreneurs with South African roots—brothers-in-law Ian Grunes and Dean Rosen—purchased production rights to Noble cars (except in the United Kingdom, where Noble Automotive retained them). Grunes and Rosen say that what was once the Noble M400 will reappear in the United States, and from Barcelona to Beijing, by the end of this year as the Rossion Q1. (The company name, Rossion, derives from combining, sort of, Rosen and Ian.)

With tongues in cheeks, Grunes and Rosen say that their little rascal qualifies as the ultimate hybrid: The original design is from England, the chassis and body are built and assembled in South Africa, and the suggested engine is a Ford Duratec modified in Texas. (The two men also jokingly claim to belong to the world’s smallest minority group: white African Americans.) They expect to sell 75 Q1s a year in the United States. Once your rolling chassis arrives, you can have one of a dozen companies throughout the country install turbochargers and the suggested Duratec V-6. “Could you specify another engine?” asks Rosen. “Yes. Has anyone? No.”

As of the end of August, Rossion had received 28 orders for Q1s from Americans. The cost of the sportster, with the suggested power train, is $100,000. The car is available in colors named after legendary racing circuits: Laguna Seca blue, Monza red, and Silverstone green. One customer, however, has ordered his Q1 in an attractive shade of frost blue to match his Bentley.

Robb Report’s exclusive drive of the Q1 in South Africa proves that the car is generations more advanced than the Noble M400. It has a suspension that will not crack your coccyx, an interior that is fully civilized, and exterior lines that flow gracefully. And driving the car is exhilarating.

Entering and exiting the Q1 is no easy, graceful slide for a 6-footer, but performing those tasks is far more challenging with, say, a Lotus Exige S. Even for smaller drivers, seating is form-fitting, but there is ample room for elbows, head, shoulders, hips, and size-12 Pilotis. Forward visibility is fine, the rearview mirror recalls the letterbox format, and all controls are within easy reach of hands and feet. So the Q1 could serve as a daily driver.

On two-lane twisties near the Hi-Tech plant, the car defies the handling norms of contemporary sports cars. The suspension displays not even a quiver of instability and not even a suggestion of irritability when the driver makes near-reckless transitions from left to right. When the Q1 exits a turn in second gear and under a heavy foot, with 400 ft lbs of torque dictating the action, the tail end steps out and becomes very polite, almost apologetic. The car seems reluctant to continue its slide into a spin, so regaining control is a walk in the veld.

Steering is superb: Where you look, there you go. And when a family of apes crosses the car’s fiberglass nose, its cast-iron, cross-drilled, 13-inch brakes work better than reverse thrust.

The Q1 accelerates like a $10 bottle rocket; Rossion claims a zero-to-60 time of 3.3 seconds—equal to the Ferrari Enzo’s—and we do not doubt it. The Q1’s power arrives flat, even, and controlled, yet wildly ascending, and with a pleasant engine note that is, like the thump of a small-block V-8, masculine without being macho.

The Q1’s quickness and handling are hereditary traits. The M400 had a power-to-weight ratio that equaled 418 hp per ton, the kind of proportion that characterizes F/1 pole sitters. Road tests proved that a Noble could bolt from rest to 60 mph as swiftly as any Lamborghini, clear the quarter-mile traps faster than a Ferrari F430, and crush the Corvette Z06 and Porsche 911 GT3 in the slalom. Because of its explosive acceleration, its adhesion, and its laser steering, the M400 became a superlative among two-seater coupes. Then, last year, this little car that did died at the age of 8.

At the time, Noble said he was suspending all manufacturing to focus his energies and moneys on a faster, more expensive, better-cushioned supercar, the M600. Noble Automotive constructed a concept car and displayed it briefly in 2007, but the company has yet to begin production. Customers who have plunked down deposits on Noble’s promised M600 and are seeking information about it on the company’s web site will find only a July 2007 press release asking potential buyers to be patient, saying that unspecified work is continuing, and reminding them that no news is good news.

Reasons for the M400’s demise and the M600’s delay are open to conjecture. Noble the man, insiders say, is too much the visionary: a talented and intuitive designer, but myopic about the realities of cost efficiency, investor expectations, and product marketing as the engine of global business. Noble the vehicle, others suggest, despite its impressive performance, could not escape its image as a $100,000 kit car, with all of the requisite roughness around the edges and an interior resembling that of a shopping cart. A majority, including both Rosen and Grunes, concludes that everything stumbled over Noble’s apparently flawed business plan: to build a ravenously fast, stable car that could excel at track days but could also carry the missus out to dinner without rumpling her outfit too much. Call it a 60–40 compromise favoring racing.

Grunes, 40, and Rosen, 41, possess solid car-building credentials. In the 1990s they operated Dynamic Motorsports, the sole (and successful) U.S. importer of the Superformance Cobra and GT40 replicas. Through 1G Racing, the duo introduced Americans to the Noble M12 and M400. Although perceived as kit cars, the Nobles arrived fully assembled, suspended, instrumented, insulated, upholstered, and wheeled. They were nearly turnkey cars, but for the absence of power trains.

The partners are nearly two years into planning the M400’s new era. “There are a fair amount of gravestones out there with the names of small car manufacturers on them,” says Grunes, a former accountant who was born in South Africa and is now an American citizen. “But we’ve already been successful. Superformance [Cobras] revolutionized the component-car industry by offering a more complete product. Then we brought the Noble into the United States—a superb component sports car—and marketed it successfully.”

Grunes says Rossion is poised to stand the car market on its fender again by “enriching the automotive world with a sports-car brand that will combine ultralight weight with enormous performance, excellent fit and finish, bespoke styling, and unparalleled dynamics.” Translated from the eloquent, that means a business scheme that reverses the Noble’s bias. Rossion plans to build a sports car for fun, daily, even romantic driving—and for racing. Call it a 60–40 compromise favoring commuting.

“The key was to modernize the design of a car penned 10 years ago and to broaden its appeal,” Rosen explains. “We wanted the car to make all the statements. We had to tick all the boxes: ride, handling, styling, comfort. And we had to make a car that would be at home on the track and suitable for taking a wife out to dinner.”

Rosen, the son of a prominent Ford dealer in South Africa, was buying and selling cars in his mid-teens. “Although we lived on a horse ranch,” he says, “if there wasn’t an engine attached, I wasn’t interested. Life was automobiles, automobiles, automobiles.” His life also has included some offbeat auto-related schemes, among them one that involved importing hearses from the United States to address a perceived growing demand in a country notorious for its high murder rate.

Rosen also has imported left-hand-drive cars to right-hand-drive South Africa. In Johannesburg, the carjacking rate is roughly one every hour, so the police advise that you drive with windows up, doors locked, and cell phones on, and that you stop for no one. But in this undisputed carjacking and car-theft capital of the world, bad guys are not interested in stealing left-hand-drive cars.

Now Rosen is focused on the Rossion Q1. “The trick was to make the Q1 distinguishable, not generic—but not too outlandish,” he says. “Only Lamborghini can do that.”

The Noble platform, Rosen decided, was exemplary, but the aerodynamics needed revision. The M400 was an angular jelly bean; a voluptuous shape would have greater appeal. The Q1 retains the Noble’s 450 hp V-6 engine, twin turbochargers, and short-throw, 6-speed transmission. And, like the Noble, the Q1 has a top speed of 185 mph. But Rossion has added side-impact beams, switched the wheels from cast to forged alloy to reduce weight, and added B-pillar ram-air intakes to improve circulation.

The Q1’s interior represents a complete redesign of the Noble’s. New niceties include power windows and mirrors and a pleasantly padded steering wheel, which replaces one that could have come from a rally car. Seats are made of carbon fiber, but they are quite stylish and comfortable. And the gearshift is black, slick, and contoured—no longer a naked, aluminum blob better suited to NASCAR fists.

Because the Q1 still qualifies as a component car, albeit barely, it can avoid many U.S. safety regulations: It has no airbags and no 5 mph bumpers, and it never underwent crash testing. The car also lacks traction controls and antilock brakes, reducing cost and heft (curb weight is 2,390 pounds) and endorsing the presumption that semiskilled drivers do not need such accessories.

“When I look at [the Q1], I feel pride and passion for what we have achieved,” says Grunes. “This is something Dean and I have been dreaming about since the Noble, and finally we’ve done it. But we’re not going to be a one-class wonder.”

So there will be a second stage, maybe involving a roadster. Or maybe something larger with a V-8.

“We’ve got the concept,” says Grunes.

“We’ve got the platform,” adds Rosen.

“Now we’re going to reach for the stars,” says Grunes, “while keeping our feet firmly on the ground.”