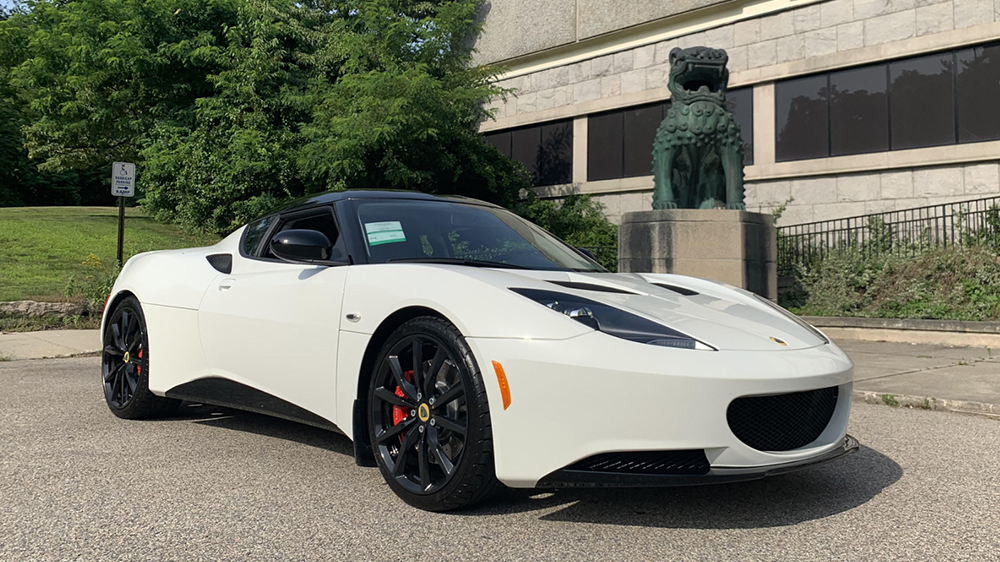 As strange as it may sound, a new car isn’t always fresh off the production line. In fact, sometimes it’s seven years old.

Last week, a Lotus dealership in New London, Connecticut sold what is believed to have been the oldest new car in America: a 2014 Evora S Coupe. And no, it’s not a stretch to call the sporty two-seater “new,” because even after seven years of test drives it has less than 100 miles on the odometer.

The 2014 Evora was sold to a Long Island customer who already owned a Lotus Elise, according to Car and Driver. They ended up walking away with quite the deal, too, as they only paid $70,000 for the Evora, $20,000 less than its original sticker price. But even without the discount, it’s easy to see why someone would be drawn to the Aspen White-on-Ebony sports car. The rear-wheel speedster isn’t the most imposing vehicle, but it has a pleasingly modern shape and is powered by a peppy 3.5-liter V6. Mated to a six-speed manual transmission, it’s capable of churning out a very capable 345 horses and 295 ft lbs of twist.

The car also remains in remarkable condition. That’s because Secor Lotus’s general manager, Steve Plota, took steps to fight off any deterioration brought on by age. The Evora was plugged into a trickle charger to keep its battery fresh, had almost all its fluids changed and was taken out of climate-controlled storage for the occasional run, according to the magazine. Its factory warranty is expired, but it’s in as good a shape as any driver would hope.

A big part of why the car lingered on the dealer’s lot for so long is because Plona refused to steeply discount the car earlier, something that set Secor Lotus apart from the brand’s other American dealerships. “It was a protest to some schemes of the pricing people had,” he told Car and Driver. “I think it’s an undervalued brand.”

“Zombie cars,” or vehicles that continue to sell years after they are released, are actually a bit of a thing. Last month, Dodge revealed that it had sold four examples of the Dodge Viper in 2020, despite the car having been discontinued three years prior.