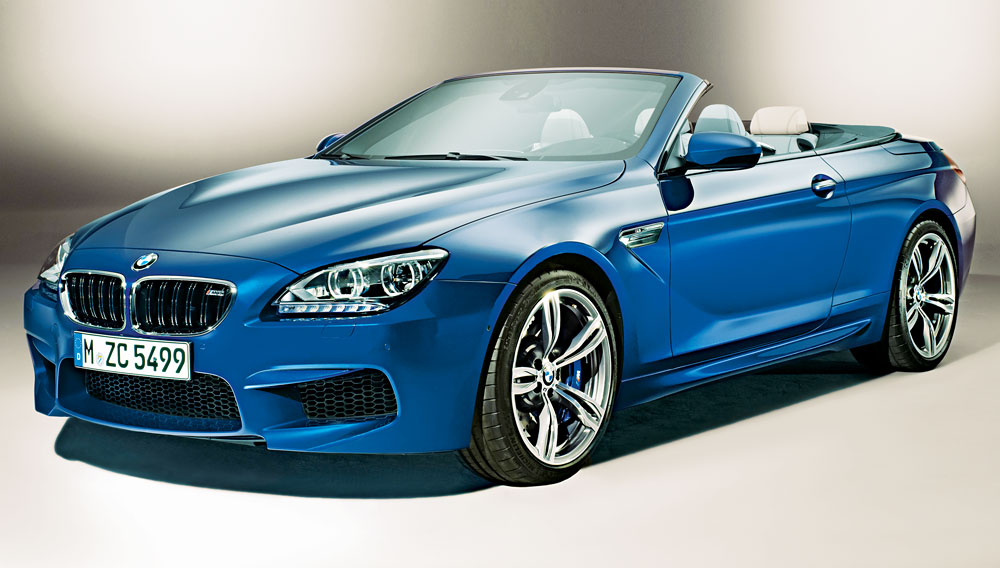 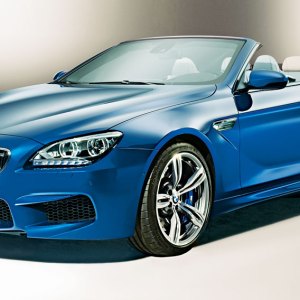 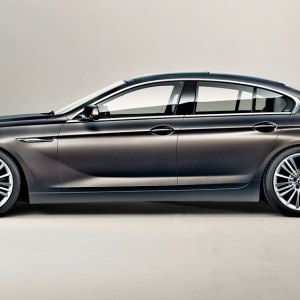 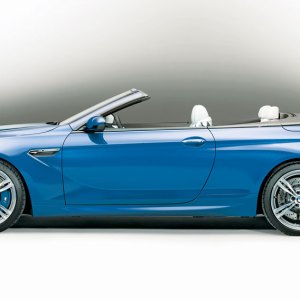 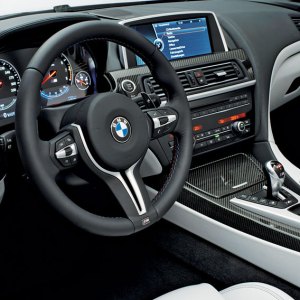 In some contests involving high stakes and serious opponents, the luck of the draw or roll of the dice often confers on a player bountiful rewards that have little or nothing to do with creative brilliance, insightful strategy, or that oft-underestimated element called hard work. Not so in the competition that is the luxury-automobile business, where a marque is only as good as its next winning model and brand loyalty can be measured in minutes, not model years. But as customers clamor for newer, faster, and better, and governments demand vehicles that are safer and more efficient and thus heavier and more complex, the odds against winning without the benefit of luck are becoming increasingly high.

BMW is enjoying the most profitable period in its 96-year history, and good fortune has little to do with that success. The company has been refining a winning formula with its 3, 5, 6 and 7 Series automobiles for decades, and more recently with its 1s, Zs, and high-performance M cars. The latest examples of that refinement are the 2013 M6 Convertible and 640i Gran Coupe.

Since the launch last year of the new-generation 6 Series coupe and convertible, the BMW performance hounds have been anticipating the inevitable M (originally standing for “motorsport”) variants of both models. The M6 coupe will make its U.S. debut at Pebble Beach in August, during the annual car-week festivities. But up first was the M6 Convertible. In May, BMW brought a group of the Convertibles and Gran Coupes—in an array of alluring colors—to Bacara Resort & Spa in Goleta, Calif., near Santa Barbara. Against a backdrop of Southern California coast, the palette of blues, silvers, reds, and frozen metallics embellished every sculpted line of the M6, which appears softer and more refined than its predecessor. But lest refinement be mistaken for weakness, serious front valance intakes and a quartet of fat exhaust pipes serve as reminders that this is BMW’s most potent M car ever.

At Bacara, the M6 performed as well as anticipated, but the 640i Gran Coupe was a revelation. Initially announced in December and first displayed at the Geneva International Motor Show in March, the Gran Coupe might be the best of those automotive oxymora, the four-door coupes. Credit goes to Mercedes-Benz for inventing the genre (with the CLS-Class), to Aston Martin for taking it to its extreme (with the Rapide), to Audi for refining it (with the A7), to Volkswagen for bringing it to the masses beautifully (with the CC), and to Toyota and Hyundai for bowdlerizing it. With the $76,000 Gran Coupe, BMW, the latest major player to the game, has produced a four-door form that is beautiful, elegant, and practical.

Talk about starting off on the right foot. And a right foot is all one requires when driving the Gran Coupe because its fuel-efficient 8-speed automatic transmission is mated to an economical and responsive 3-liter turbocharged inline-6 that delivers 315 hp and 330 ft lbs of torque at only 1,300 rpm. The engine provides ample performance on twisty back roads, freeways, and everything in between. Even straightaway blasts—and passing at triple digits—are accomplished without fanfare.

After 100-plus miles of paddle-shifting pleasure around Santa Barbara, some drivers—myself included—came away from the Gran Coupe with a new favorite midsize, mid-priced luxury sedan, or rather coupe. Whatever one calls this car, BMW has delivered a remarkable four-door interpretation of its 6 Series.

For drivers who want nothing less than a V-8 in their 6 Series, BMW will begin offering 650i and 650i xDrive (all-wheel-drive) versions of the Gran Coupe later this year. But a V-8 is by no means a requirement for this car. In fact, the word balance repeatedly came to mind when tossing the 640i Gran Coupe around the tight twists and turns of the San Marcos Pass. The light steering feedback, nimble road holding, and tight suspension of the Gran Coupe’s Sport mode make this a real driver’s car. Select the Comfort setting, and the Gran Coupe drives with an elegance that matches its looks.

Regarding appearances, none of the Gran Coupes assembled at Bacara stood out as much as the one finished in Frozen Bronze Metallic, a $3,500 paint option that shimmered like one of the ancient Greek bronze sculptures at the Getty Villa. That car also showcased the $5,000 Indi­vidual Interior option, which redefines BMW’s notion of opulence. In this case, the option included Amaro Brown leather seats, an Alcantara headliner, and exquisite whitewashed, high-gloss Opal White wood trim. BMW also offers a $3,700 Bang & Olufsen 16-speaker sound system designed specifically for the Gran Coupe interior.

Drivers will exploit the best measure of the Gran Coupe, but even rear-seat passengers will enjoy the ride because of the ample legroom and headroom, which for any coupe comes as a surprise.

Nothing about the $113,000 M6 Convertible was unforeseen. The fire-breathing machine is exactly what one expects when BMW’s motorsport division gets hold of a perfectly competent 6 Series and changes four out of every five components. That is correct: 80 percent of the M6 Convertible is in some way different from the 650i Con­vertible. The result is a stunning luxury grand tourer, writ large and topless with big power and a big personality.

Equipped with a 7-speed automatic, the M6 can be tamed with a deft right foot and a willingness to explore the upper limits of the 7,200 rpm rev range. However, the 4.4-liter turbocharged V-8 delivers 560 hp and, amazingly, 500 ft lbs of torque at only 1,500 rpm—and all the way up to 5,750 rpm. The near-square torque curve makes the M6 a low-rpm sledgehammer in the manner of Bentley’s Continental W12. Offering such flexibility, the M6 is fun to drive on most any road, and in Sport + mode, this car is a terror.

Our test-drive circuit took us up the winding passes of Los Padres National Forest at delicious speeds until we came to a seeming standstill behind a Cadillac CTS-V Coupe, whose timid driver loped along and deprived us of a spirited jaunt. The drive did afford us the opportunity to appreciate the car’s Comfort mode. For all its great reserves of power and its authoritative and exciting exhaust note, the M6 is capable of extremely civilized motoring. Even with the top down and the novel rear windscreen up, the M6 provided a quiet ride—so quiet that nuanced repartee could take place at conversational volume.

The premium automotive spectrum offers sports cars on one end and sedans and SUVs on the other. In the center is the grand tourer. Traditionally those cars have been coupes, but watertight and silent convertibles now are entering the mix. The M6 Convertible is a noteworthy player in this rarefied arena, and with its price, it is a remarkable value when compared with its competition.

For the 2013 model year, BMW is clearly on top of its game, offering automobiles that set the bar for real-world performance. Like all BMWs, the M6 and Gran Coupe do not come with too much of any one thing; there is no pretense and absolutely nothing without purpose. The cars might lack some exaggerated luxuries, but no one is left wanting, especially when it comes to driving enjoyment.

I confess a long-standing fondness for the Roundel, having owned more BMWs than any other marque. My first car was a BMW, and my, how things have changed. Today’s BMWs may be worlds apart from the little 2002 that made the oddball cars from Bavaria famous, but like Swabian neighbor Porsche with its 911, BMW maintains a consistent vision for the marque while continually evolving its designs and spoiling drivers with better and ever more exciting machines.