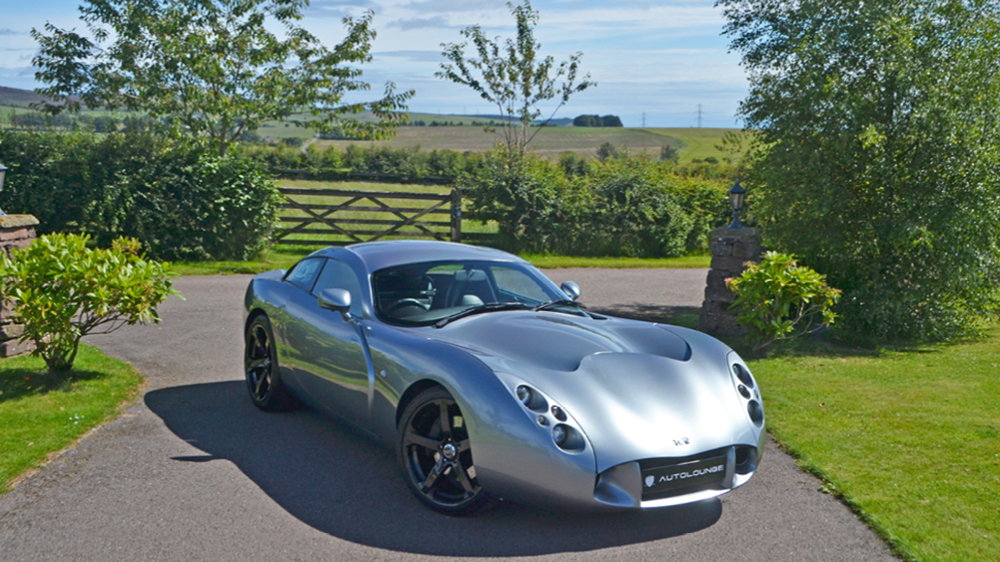 TVR may have hoped that the T440R sports car would change the future of automotive design, but the company went out of business before that could happen.

Despite this unfortunate bit of timing, the British marque managed to build one example of the beautiful, futuristic sports car before going under. And now the one-of-a-kind coupé could be yours, via UK rare car dealer Auto Lounge.

The 2003 T440R was a homologated road car based on the British marque’s T400R race car which raced at Spa, Sebring and Le Mans in 2003, reports CarBuzz. The company built four cars in order to meet FIA homologation requirements. Three of those were Typhons, which were each fitted with a naturally aspirated 4.0-liter straight-six engine.

Unlike those road cars, the T440R was powered by an even brawnier 4.2-liter straight-six, which featured a gas-flowed cylinder head, steel crankshaft, carbon-fiber airbox and bespoke exhaust headers. Mated to a five-speed manual transmission, it was so powerful that TVR felt the need to detune it. Even then, it was still capable of generating a very robust 440 hp, accelerating from zero to 60 in less than four seconds and hitting a top speed of 200 mph. Basically, it was a street-legal race car.

Inside the T440R  Auto Lounge

Just as noteworthy, though, is the T440R’s flamboyant design. With a long extended nose, flowing lines and a sloping roofline, the vehicle looks similar to an Italian sports car from the 1970s rather than something built right after the turn of the millennium. Completing the retrofuturistic vibe are a handsome pair of inset headlights, mag-style wheels and integrated rear spoiler. This bold sensibility carries over to the interior, which has a space spaceship-style cockpit, two-tone leather seats and chrome accents everywhere the eye can see.

T440R remains one of the more interesting models from TVR’s long and winding history (the company was resurrected last decade, though we’re still waiting on a new vehicle). And one of the rarest, as well. Because of this, it’ll cost a fair amount to get your hands on the one-and-only example of the stylish speed machine. Despite having over 25,000 miles on the odometer, Auto Lounge currently has the car listed for £192,990, or about $264,000. True exclusivity comes at a price.