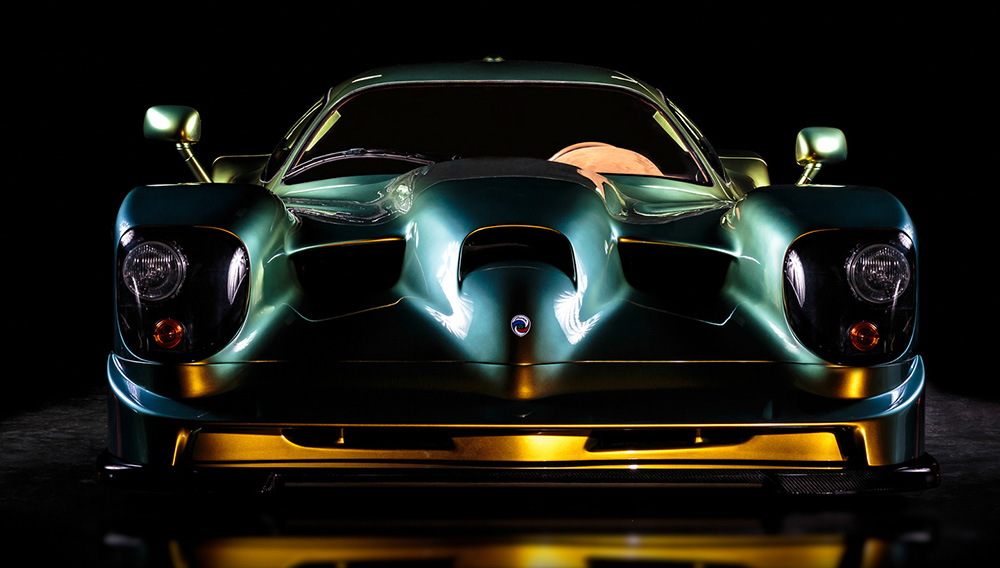 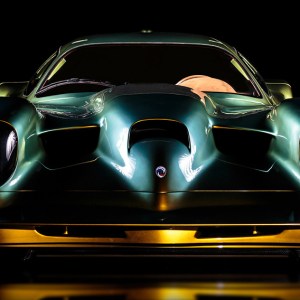 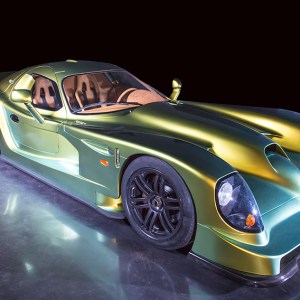 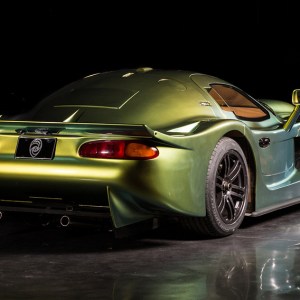 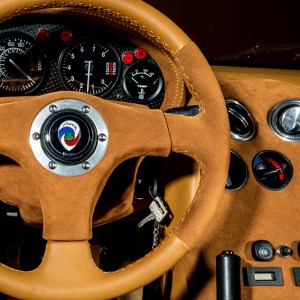 After a six-month restoration, the 1997 Panoz Esperante GTR-1 Le Mans Homologation Special was a darling of the 2015 Dubai International Motor Show, which took place mid-November. But this one-of-a-kind car may soon get company. The street-legal legend was originally built by Panoz in order for the marque to enter its Adrian Reynard–designed Esperante GTR-1 racer in that year’s 24 Hours of Le Mans. Race specifications (homologation) required that each entrant have a road-ready variant produced in order to compete.

Weighing only 1,980 pounds, the eye-catching coupe packs quite a punch with its front-mounted, 6.0-liter V-8 engine (capable of over 600 hp and 500 ft lbs of torque) paired with a ZF 6-speed manual transmission. And Brembo disc brakes are equally as fast at bringing it all to a halt. The most noticeable difference between the powerful street performer and its racecar counterpart may just be the lack of an all-leather interior in the latter.

Only one Homologation Special was made of the Esperante GTR-1, yet Panoz is now offering to replicate the model for collectors using the original molds and components as guidelines. Starting at $890,000, these custom-made Homologation Specials will be available in carbon fiber or a choice of other composites.

Also displayed in Dubai and now available to speed aficionados are the 25th Anniversary Edition Panoz Esperante Spyder and Spyder GT models. The wider, more powerful GT offers intense top-down touring with a 560 hp V-8, tamed by a Tremec T56 Magnum 6-speed manual transmission. Only 25 of the Anniversary Edition Spyder and Spyder GT examples will be made, starting at $179,120 and $204,750, respectively. (panoz.com)