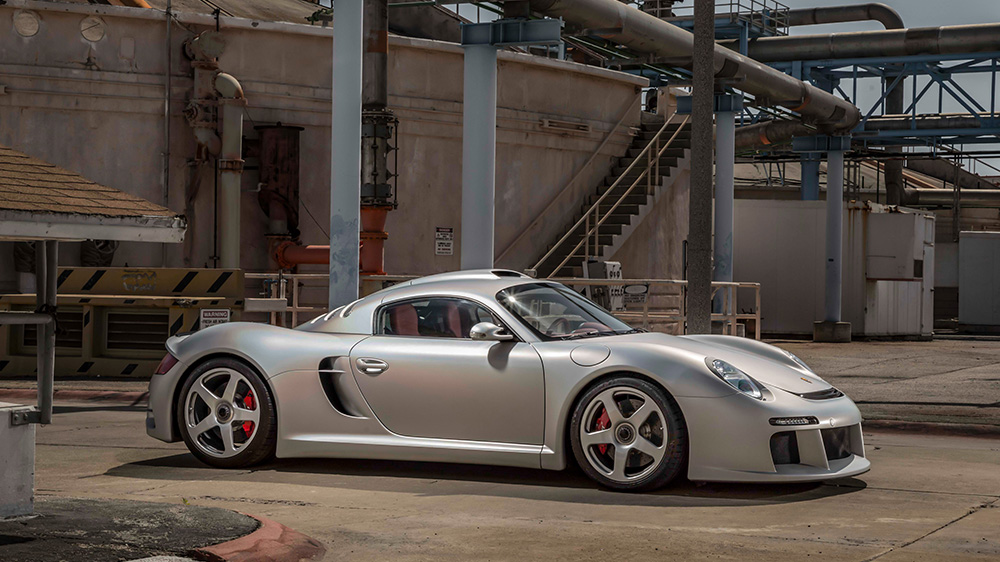 Ruf Automobile’s lofty reputation is built on four-plus decades of jaw-dropping custom Porsches. But in the middle of the aughts, the company decided to try something new. Rather than basing its next vehicle on another 911, it would design one from the ground up. The result was the CTR3.

For its first creation, the custom specialists teamed up with Canada’s Multimac to create Le Mans-inspired sports car with looks that matched its performance. It was also exceedingly rare, with only 31 examples built between 2008 and 2012. Despite this, you now have a chance to get your hands on a near-mint 2009 model of the unique speedster. The CTR3 was part of RM Sotheby’s Open Roads auction last month, but failed to sell, so it’s still up for grabs.

Although it features an original design, the CTR3 clearly wears its influences on its sleeve. It has the 911’s twin ovoid headlights and curvy fenders, along with a side profile that calls to mind the 918 Spyder. But this car has a wheelbase that’s 11 inches longer and five inches wider than the 911-based CTR2, giving it much more of a race car-like feel. The exterior also features distinctive Chroma Flash Hologram Matte paint job, making it one of only three CTR3 finished in the color. Meanwhile, the interior is done up in decadent red Sportrot leather.

While the CTR3’s extra-sized wheelbase certainly makes it stand out, it was also a functional design choice. It allows the car to accommodate a brawny rear-mid-mounted 3.8-liter flat-six. This Porsche-derived motor, which is mated to a six-speed sequential manual transmission, has been upgraded with a pair of giant turbochargers that push its power output to 682 horses.

The extra width, meanwhile, makes the car even easier to handle. The CTR3 also features a RUF-engineered multi-link rear suspension along with 380-mm carbon-ceramic disc brakes and custom “CTR3” aluminum brake calipers. All these parts are in great shape, too, as the car has totaled just 1,700 miles since it was first purchase.

The Chroma CTR3 may have failed to sell at the RM Sotheby’s auction, but that doesn’t mean it’ll be cheap.  Prepare to spend big if you want this beaut. Top Gear estimates that it command in the neighborhood of $1.1 million.