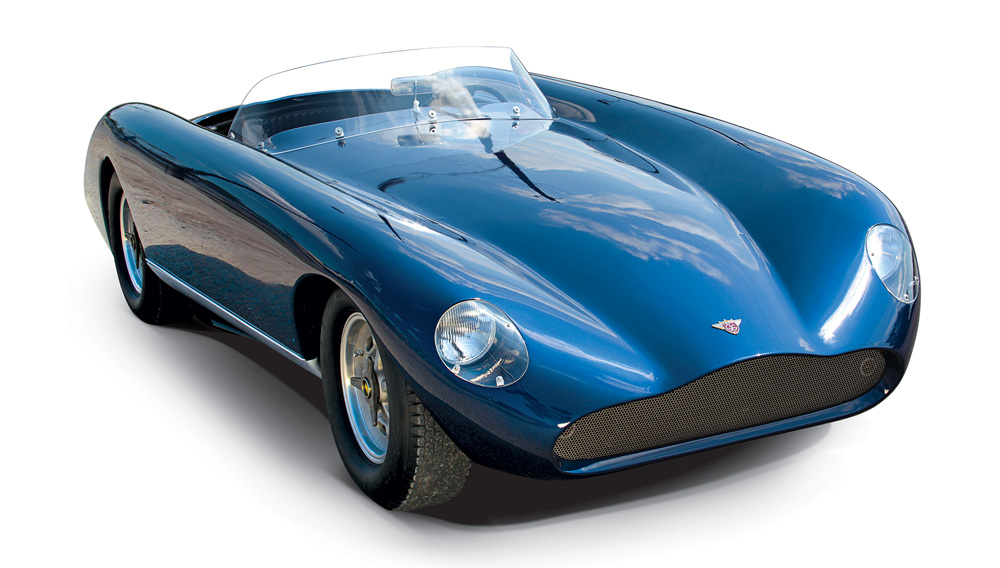 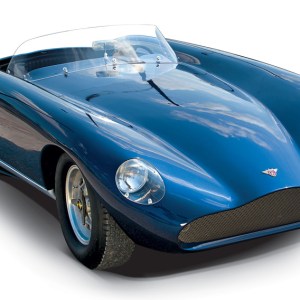 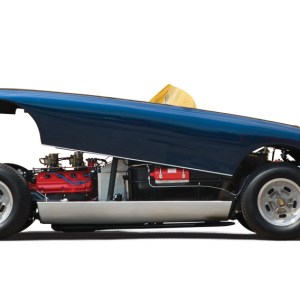 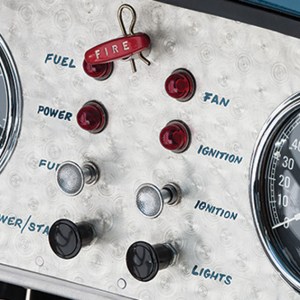 In the 1950s and ’60s, during Southern California’s era of unregulated street racing, Bob Sorrell and his father built outrageous hot rods and racecars at their shop in Inglewood, Calif. Among their creations was the 1954 Sorrell-Manning Special, also known as the SR-100: a jet-inspired fiberglass road racer with a custom ladder chassis by the aerospace engineer Chuck Manning. Sorrell Engineering produced just seven of these competition-ready roadsters, and Bob kept one for himself. Now Bob’s car will be auctioned for the first time by Auctions America (auctionsamerica.com), July 17 and 18 in Santa Monica, Calif. It is expected to draw a scorching $175,000 to $225,000.

Drivers have to literally hop in—over the side of the car—and onto contoured aluminum seats. The dashboard features a 150 mph speedometer, an emergency fire switch, and retro knobs—but no odometer.

At more than 14 feet long and about 3 feet tall, with no hood, trunk, doors, or side-view mirrors, the roadster is an extreme example of streamlined, envelope design.

Sorrell was among the first to create a hinging body, like the ones used on funny-car drag racers about a decade later. Flip a switch, and the entire body lifts to reveal the forward-mounted engine and suspension.

Bob Sorrell kept the SR-100 until he died in 2003. It was discovered in a Long Beach storage facility, passed through a couple of local collectors’ hands, and was bought by the current owner a year later.