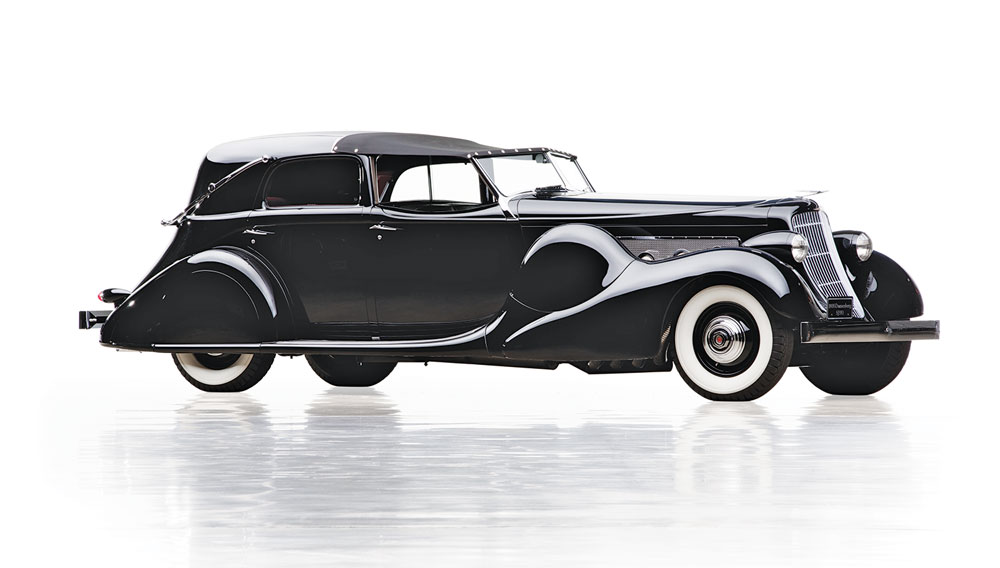 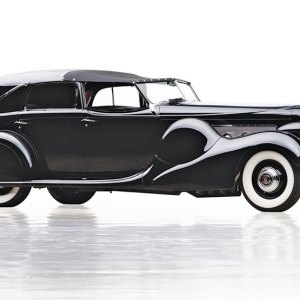 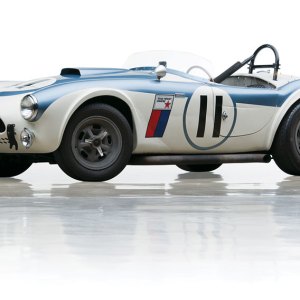 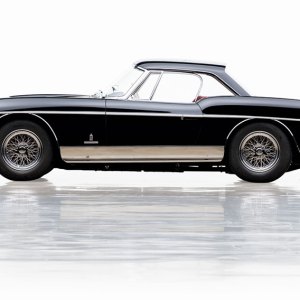 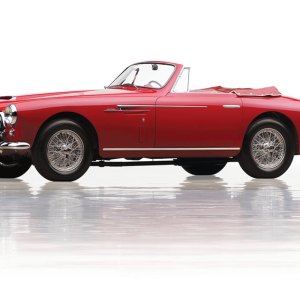 One of the finest car collections in the country is paring down: Paul Andrews and his son, Chris, of Fort Worth, Texas, will offer 75 swoon-worthy automobiles on May 2 through RM Sotheby’s (rmauctions.com), a sale representing the bulk of their approximately 100 automotive treasures. When Paul started collecting and restoring cars in the late ’80s, he sought models he admired as a boy, beginning with a 1958 Cadillac Seville. The collection today, while dazzling to behold, was assembled to be driven at rallies the family enters each year (they  will continue to do so, with a more manageable stable of 15 or 20 rally cars). Each specimen in the sale is a premier representative of its type, be it a 1927 Ford “Voodoo Doll” or a 2008 Ferrari 599 GTB. Here are some highlights.

The dramatic coachwork was designed by Duesenberg’s design head, J. Herbert Newport, with the actress Mae West in mind, but the car was instead purchased by Ethel Mars of the candy-making family. It is “a hit at whatever show it goes to,” Paul says. ($3.4 million to $4.5 million)

The first Cobra racecar Carroll Shelby sold to the public, this model has never been restored and is thus completely authentic. It is also well used: “It’s been my go-to car for several rallies now,” says Chris.

​The star of 1962’s Geneva and New York auto shows, this was the last of only seven specimens bodied by Pininfarina. That same year, its owner ran it in speed tests on the Bonneville Salt Flats and it was featured in the pages of Road & Track. ($7 million to $8.5 million)

One of only two Astons of this design commissioned by Bertone’s Stanley Harold “Wacky” Arnolt, and a three-time prizewinner at Pebble Beach, it is customized with fitted luggage and picnic ware, and a monogrammed horn button. ($1.4 million to $1.8 million)

Essentially a Hemi-powered Ferrari, this is one of the Andrews family’s favorite rally cars. This example is the prototype for Briggs Cunningham’s Vignale-bodied C3, restored with a 1957 300C engine (the original engine is included). ($900,000 to $1.2 million)

Another Andrews favorite, “it looks like the Batmobile from a different era,” Chris says. This one-off from the Swiss coachbuilder Hermann Graber was a 1938 Geneva show car and won its class at Pebble Beach in 2011 (restoration by Steve Babinsky). ($1.4 million to $1.8 million)